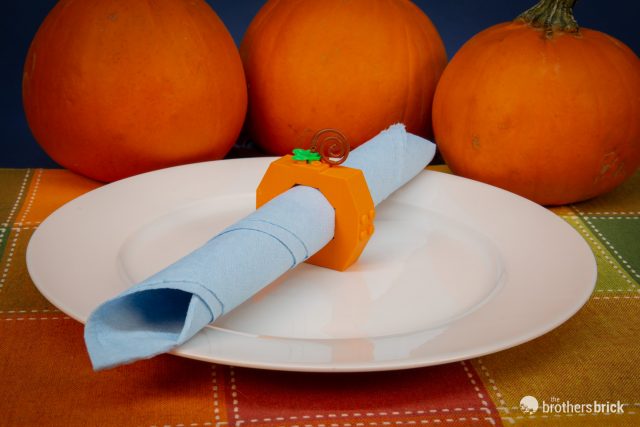 I experimented with a few options, since the opening had to be big enough for a rolled napkin but strong enough not to split when holding it in place. After trying and failing to get the right shape using a studs-up technique, it became apparent that rotating the whole build on its side was the way to go. TBB’s Chris Malloy provided a final moment of brilliance suggesting the curly whip for the top, and the design was complete. 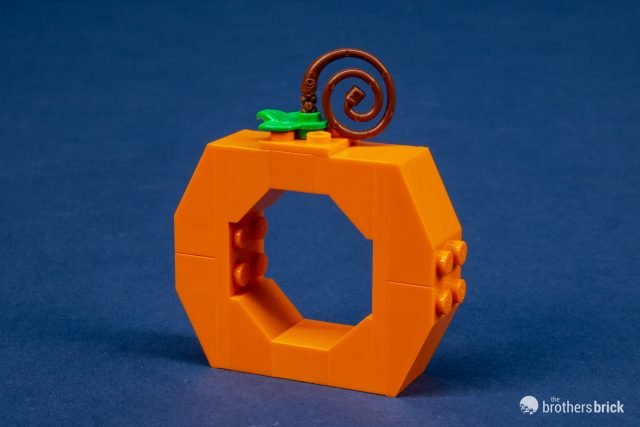 The build itself is very simple with only 16 parts. Each element is relatively common in orange and the leaves have been on many LEGO Store Pick-a Brick walls recently. Indiana Jones’ whip makes a perfect curly stem, though it could be replaced with a variety of other plant elements if you don’t have them on hand. Here is a building guide with all the elements separated on their side. 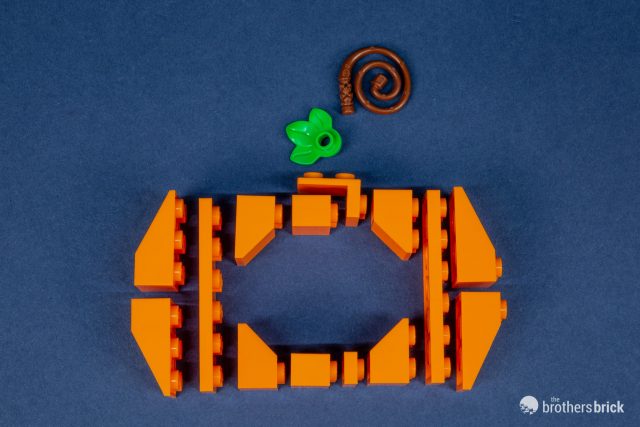 These LEGO pumpkin napkin rings were an instant hit and we hope they will be for you as well. From our building tables to yours, Happy Thanksgiving from everyone at The Brothers Brick!