Even though Halloween has ended, this Shrieking Shack will frighten any young witch or wizard no matter what day of the year it is. Created by builder Thorsten Bonsch, the Shrieking Shack was a notable location in the novel Harry Potter and the Prisoner of Azkaban. Thorsten is magnificent at capturing the demented style of the Shack as it was depicted in the movie version of the book, making the diamond-shaped framing the stuff of nightmares for any architect. 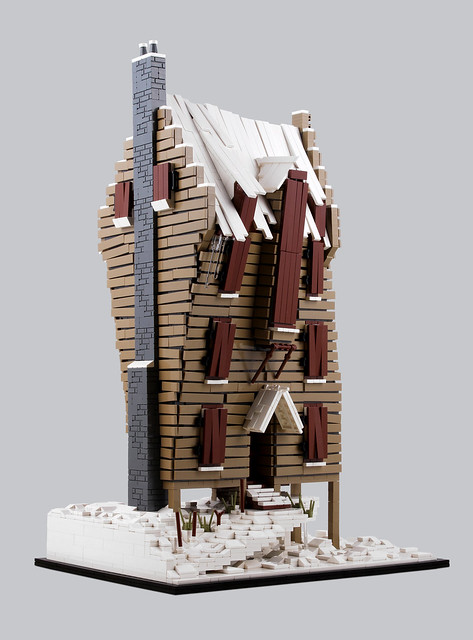 Looking past the building itself, you can view the equally impressive snowdrifts on the roofing, shingles and grounds surrounding the Shack. It’s clear that the setting of this build is in winter. However, you can bet that no one would want to get inside to stay warm. Perhaps freezing to death would be a less frightening alternative to the horrors that allegedly dwelt within.

We’ve covered several of Thorsten’s LEGO creations on our site before, so be sure to check them out too.