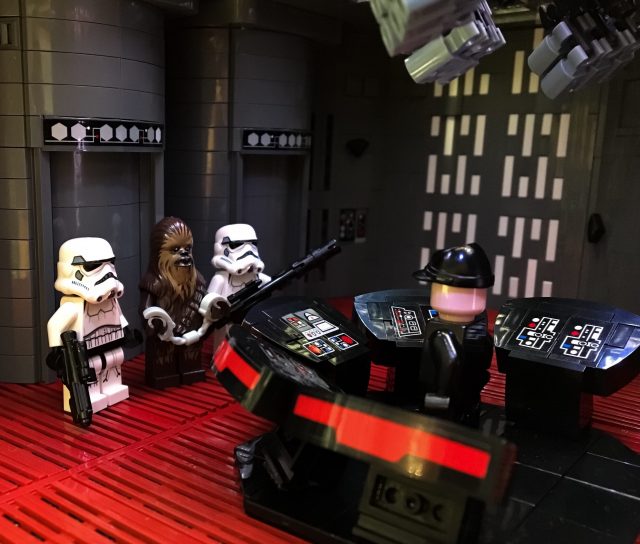 The lifts look great, as do the control panels that have only moments left of functionality before being blasted by Han. The walls also look good, with the different textures and depths. My favorite part is the cameras, or sensors, or whatever those technical-looking gizmos hanging from the ceiling that are also blasted by Han and Chewie are called. The bar holders with clips are perfect for the job. What sets this apart from other versions is the light shining through the ceiling as well as down the detention block itself. Presentation matters! 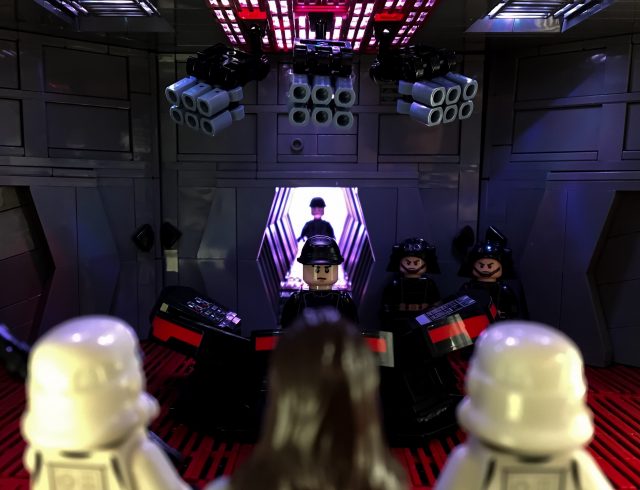 After learning that the short stormtrooper is really Luke Skywalker and finding the bold rescuers trapped in the hall, Leia takes matters into her own hands and blasts a hole into the trash compactor chute. The build of the compactor is even better, in my opinion, than the block itself. The fig posing as Han is about to fire his blaster, the arrangement of the loose material, the beautiful photography with the foreground left out of focus, are all on point. I won’t bore you by pointing out every cool piece used for Death Star trash (there are too many), but I will point out that this is one of the very few appropriate uses for stud shooter triggers in a build: trash! 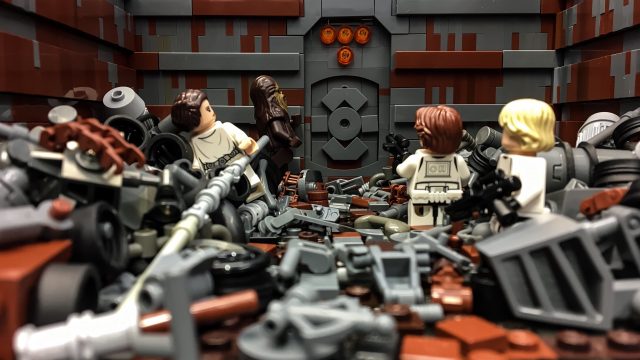 Now I just want to see the dianoga creep out of the floating trash and grab Luke’s leg.