If a medieval castle was an exercise in the projection of power, we’ve got a new Lord of the Manor on the scene in Joel Midgley. His latest LEGO project is Hingston Castle, a formidable fortress, impressive in both scale and details. The sheer size of the castle grabs the initial attention, but then you’re sucked in by the little touches — the lovely shoreline landscaping, the water, the roughness of the walls, the off-grid angles of the outer rampart. And as for that dark grey line tracing the contours of the crenellations — beautiful! 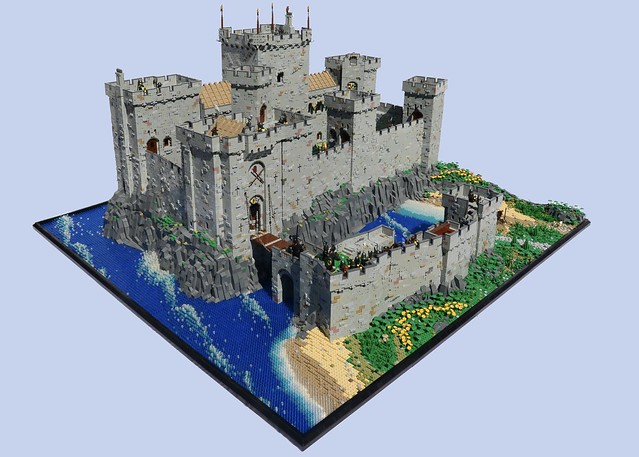 Joel has lavished as much attention to detail on the action within the walls as without. The central yard plays host to grazing animals, trees and flowers, patrolling guards, and stables… 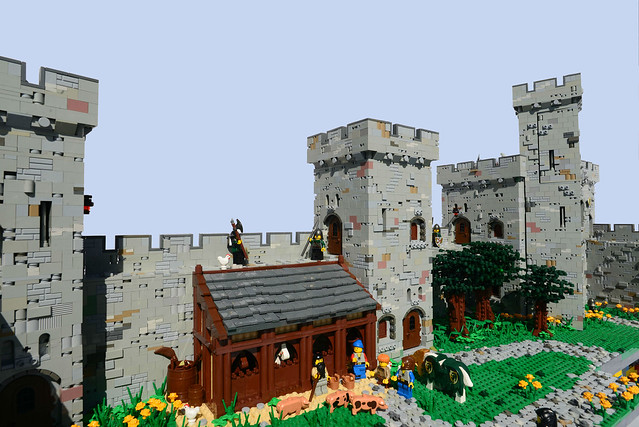 Best of all, hinged panels in those walls allow visibility of the castle’s fully-detailed interior.

We begin our tour “below stairs” in the heart of any fortress — its kitchen. The wall texturing is continued from the outside and is equally effective here. The oven looks great, but I pity the poor minifigure residents who have to try to reach any of the tableware stored on that high shelf! 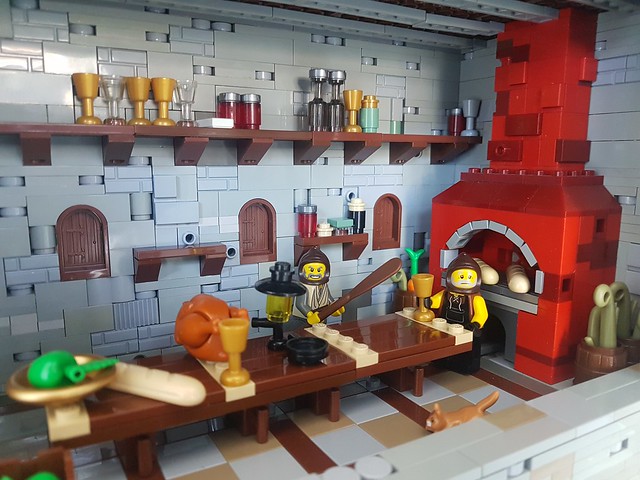 As we travel through the building, we pass dungeons, stairways, bedchambers, and feasting rooms. But what castle would be complete without an armoury packed full of spiky things? 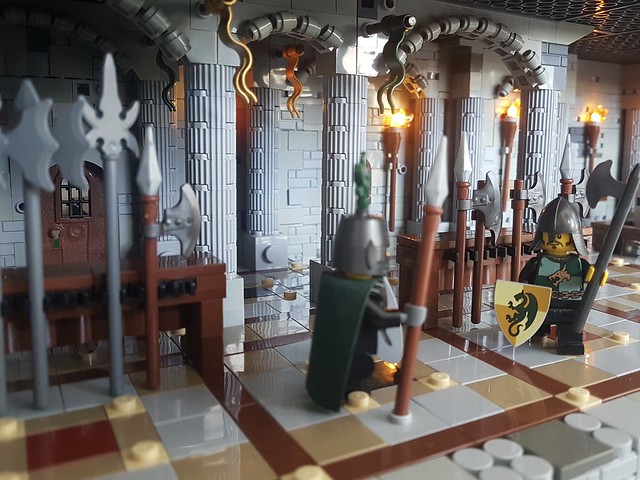 And then in the central keep, the Lord and Lady entertain in their great hall. This room would have been a lesson in LEGO Castle building in its own right — the fireplace, the wood-panelled wall, the minifigure posing, and THAT ceiling! The fact that is just a single room in the overall castle is astonishing. 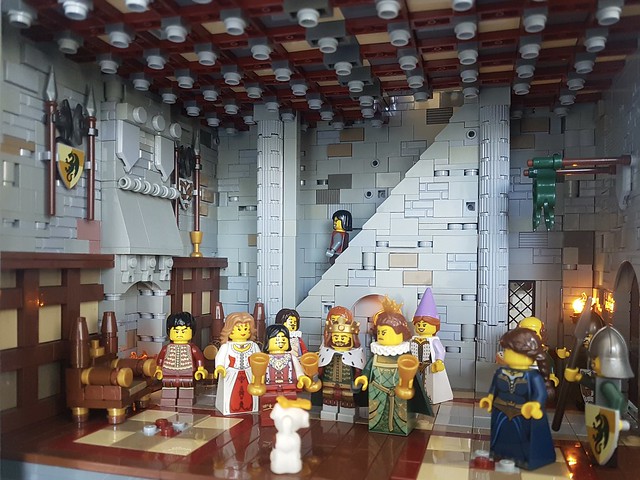 But let’s finish this look at Joel’s masterpiece by popping back outside and down to the shore. Here’s a closer look at some of the landscaping going on — rockwork, sand layers, nice plant distribution, and beautiful water effects. The attention to detail throughout the model is wonderful — one of the best LEGO castles I’ve ever seen. 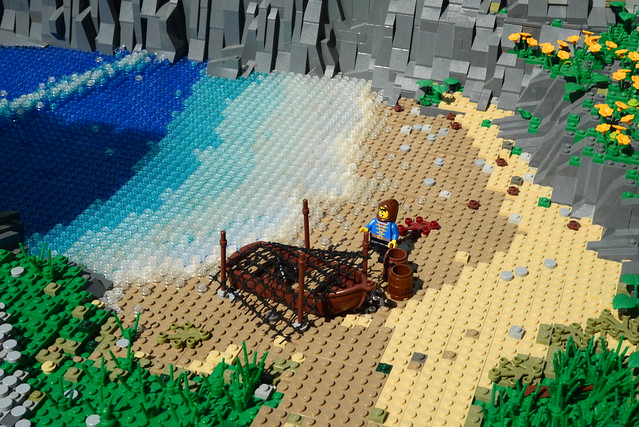