For over four months, the citizens of Hong Kong have been protesting a proposed bill that relinquishes some of Hong Kong’s autonomy and places the city-state under more direct influence of mainland China. More than 2 million peaceful demonstrators have been met with increasingly violent responses from the Hong Kong Police Force, who have bolstered their ranks with mainland Chinese forces and decried the protests as riots, shooting thousands of canisters of tear gas at the civilian crowds. LEGO builder Wing Lee, a Hong Kong citizen, has created this poignant vignette of a demonstrator and a riot-gear equipped policeman. 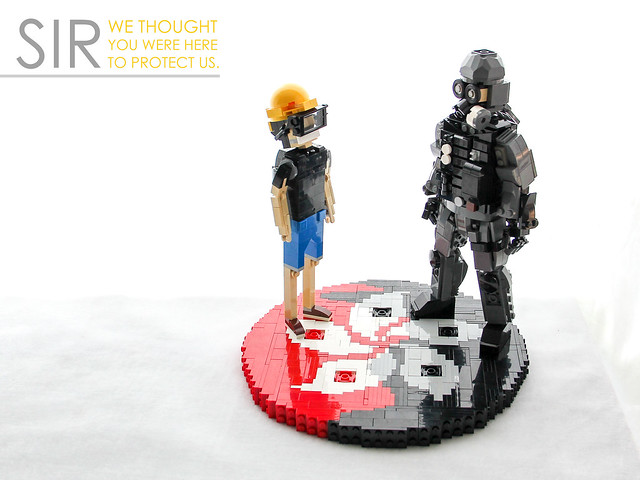 The two figures stand atop a five-petal orchid, the symbol of Hong Kong, while the color fades from the city’s traditional red and white motif beneath the armored officer. The world is watching this time, and may democracy prevail.

2 comments on “Sir, we thought you were here to protect us...”