Hauling the colorful cast of characters to their next show isn’t a problem, thanks to the classic green and black locomotive hauling the Porter Brothers Circus’ train cars. Complete with a tender full of coal, this ride is ready to go.

Next up is a dark blue boxcar designed to advertise the circus as it travels across the country. Ben has created some wonderful minifigures, including a fortuneteller, strongman, and bearded lady. The circus was all about spectacle, perfectly represented by each of these characters. 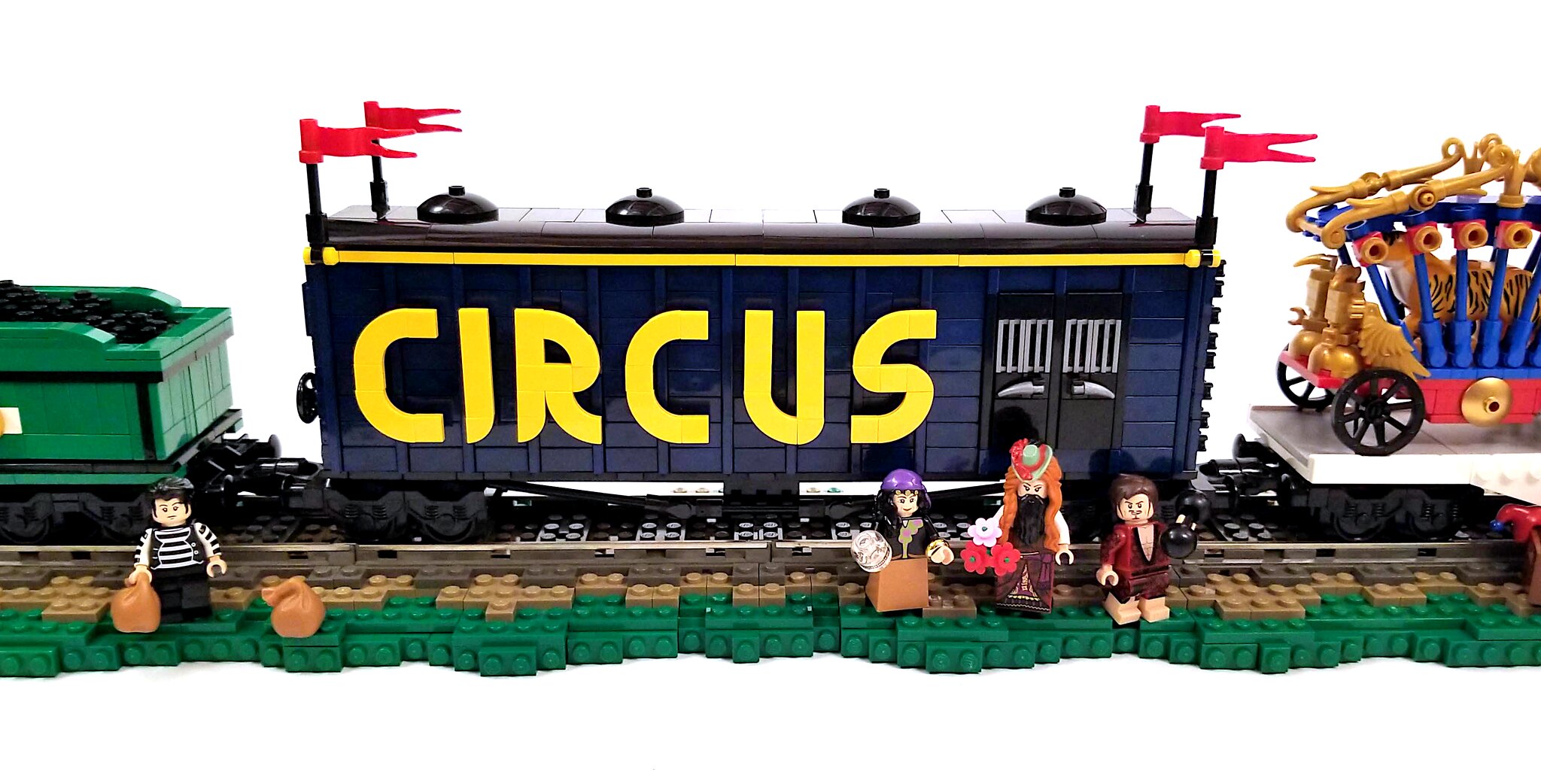 By far, my favorite cars are the two hauling the animals. Ben has done a great job of capturing the ornate look of each wagon, especially the one holding the tiger. It looks particularly stunning in red, blue and gold. There’s also an adorable brick-built elephant, along with a blue and white calliope for playing music. Speaking of the calliope, it makes excellent use of the white dragon plume as ornate detailing. Those classic clowns are also pretty cool.

Finishing off the ensemble is an elegant sleeper car, with green, black and white livery to nicely complement the locomotive. How all those minifigures can fit in there is a mystery to me, but we’re pretty sure those clowns have a trick or two up their sleeves!