The release of Rogue One: A Star Wars Story brought a sentence from the original film’s opening crawl to life and connected it directly to the start of Star Wars: A New Hope in a most dramatic way. And this model by Pablo Piccasos does just that in LEGO. What looks like a single model is actually made up of three distinct creations that fit together seamlessly, bridging the two movies in more ways than one.

Part 1 depicts Darth Vader at his most fearsome, choking and slashing his way through several Rebel troopers in a short but memorable scene from the final seconds of Rogue One. The fact that the troopers are now all unarmed and looking terrified captures the emotional presence of the scene. 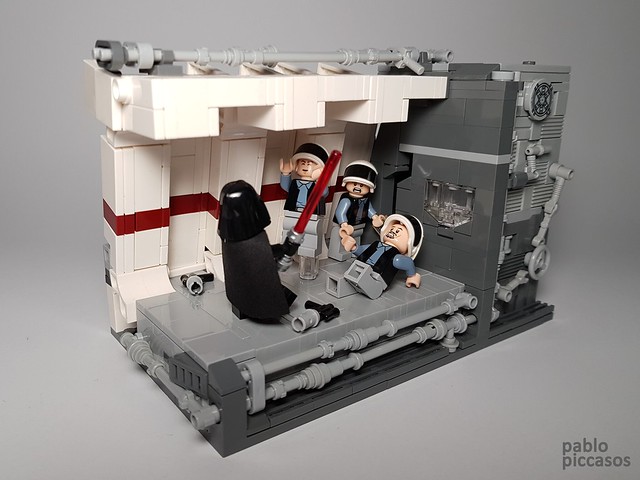 Part 2 focuses on that classic scene of Stormtroopers blasting their way into the corridor after a frantic rush by rebel troopers to get into position to defend their captain and royal passenger. Details like the transparent red plates in the wall panels, as well as the use of printed tiles from the backpacks of Stormtroopers, provide a nice touch. 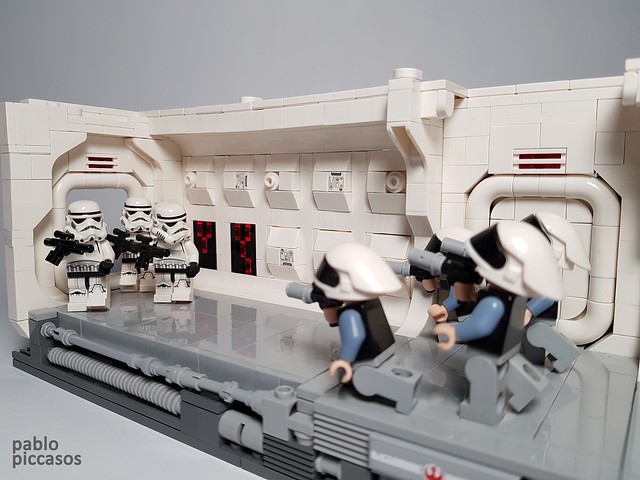 Part 3 features Princess Leia after recording a brief holo-plea to Obi-Wan, as she inserts the copy of the Death Star plans into R2D2. This vignette is actually my favorite of the three, having captured the darkly lit and very industrial hallway, and the stark lighting of the scene so closely to its onscreen inspiration. 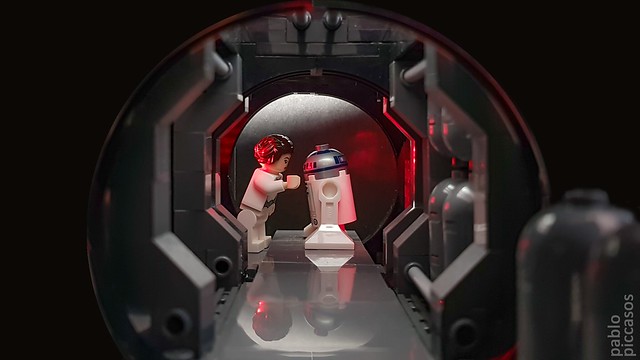