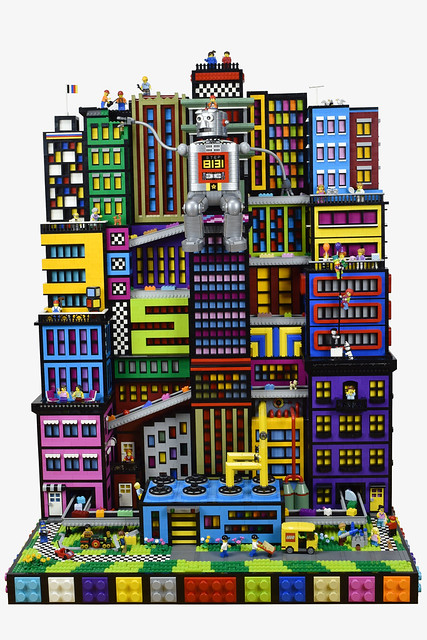 Viewed from a distance, it really does look like a city being built by a giant robot. Look closely though, and you’ll see fun scenes playing out, along with Paul’s trademark checkerboard patterns, and a façade inspired by Piet Mondrian’s Composition with Red Blue and Yellow. The colour combinations are my favourite aspect here. While many LEGO cities and towns are rife with greys, browns, and tans, Paul ignores those and leans hard into bright colours in complementary shades, creating yet another beautiful work of art. 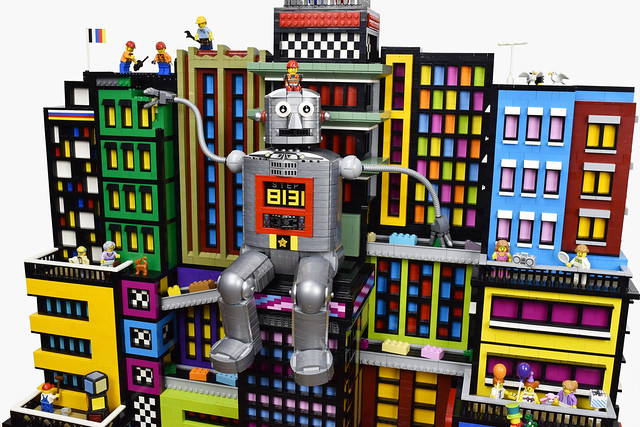