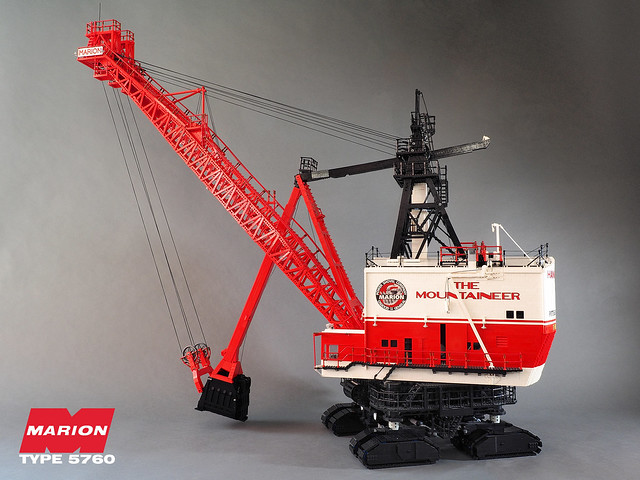 I took me a while to realize the size of this beast. It was not until I recognized the wheels used in the pulleys that it began to sink in. Then I searched for some studs, and the few that I found (since the exterior is extensively tiled and smooth) made me blink. 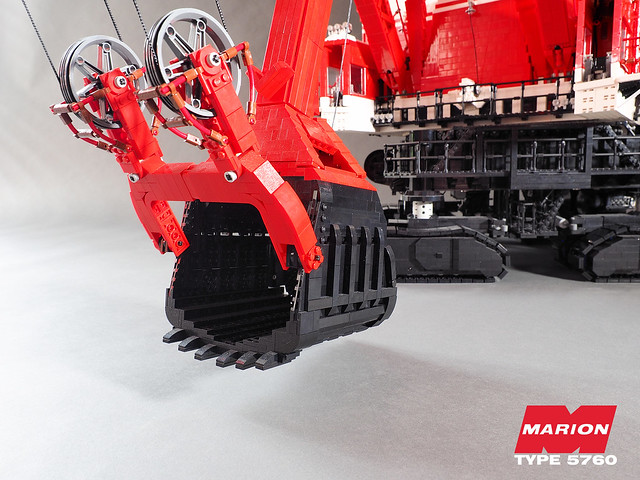 This is big. In fact, Beat says it weighs about 35 kg, including 5.5 kg of added steel for a counterweight to the boom, which is over 1.6 meters long. 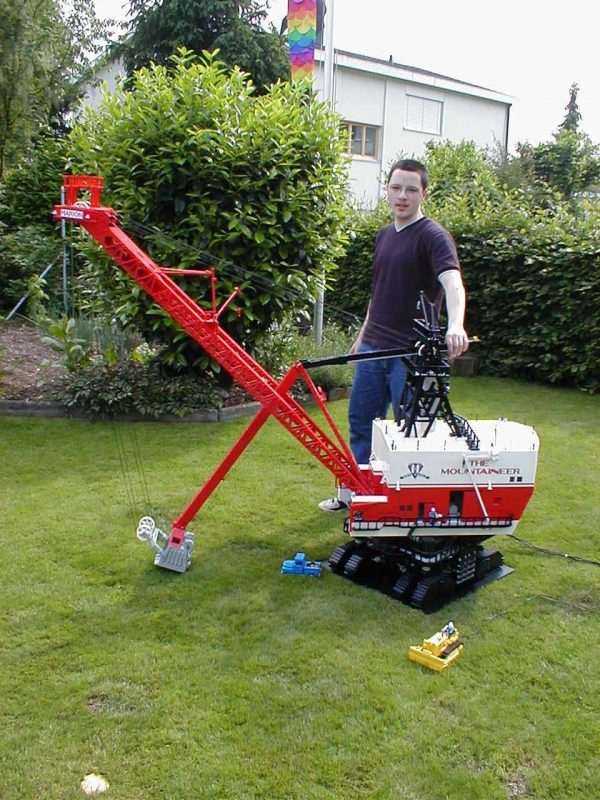 And it moves! There are four XL Power Functions motors, four large ones, and at least nine medium PF motors. Then there is the additional 9V motor that runs the elevator for the crew, since the men operating it needed to get to the different levels easily. There are lights, too, a whopping 44 LED lights making it operational even at night. 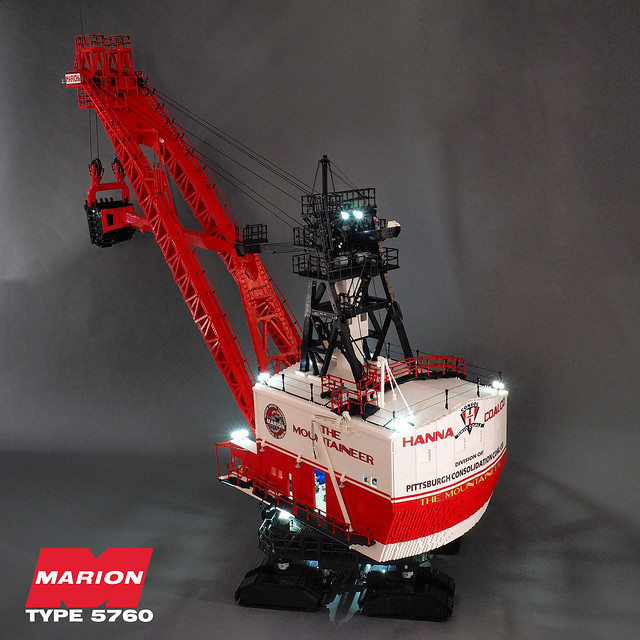 Since LEGO doesn’t make treads big enough for something like this, Beat had to make his own. It’s no wonder that he calls himself Engineering with ABS, since I could not even begin to figure out how to make all those technical bits fit together and still move. 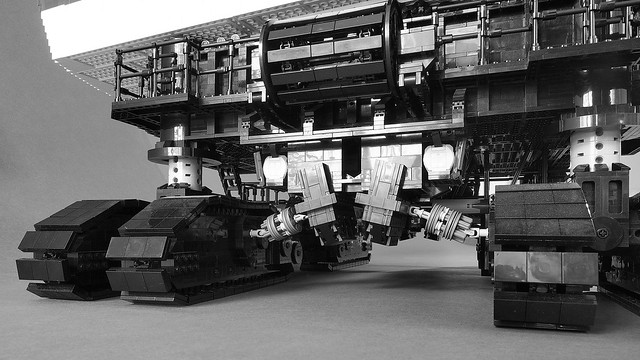 The stairs that allow the crew to access the machinery at the top of the boom might be my favorite part of the whole thing, though. Neck brackets are cleverly used to angle the steps, making me wonder at first if it was some new part, perhaps part of the new roller coaster system, that I did not recognize. 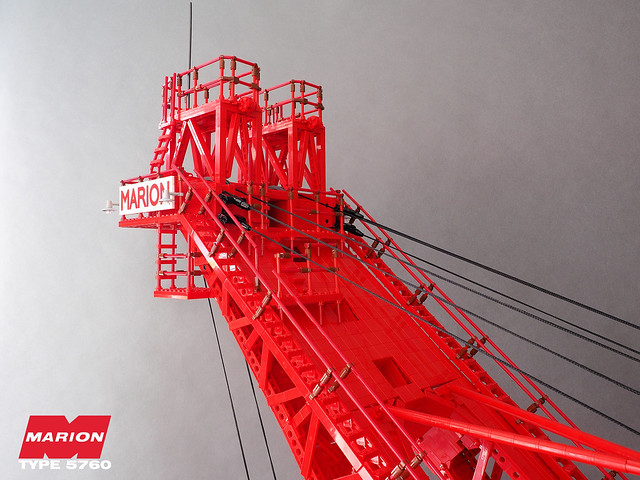 I also appreciate how the various Power Functions motors blend so seamlessly into the overall product. In the overview shots, I did not even notice them, and even in the closeups they look like they belong. 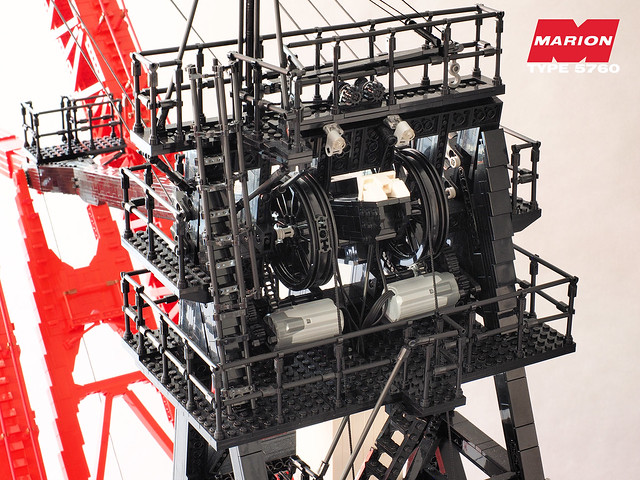 So, can you dig it? If so, check out the full journal of designing and building this model on Beat’s site, Engineering with ABS.