One of the hallmarks of a great LEGO creation is when the subject stands entirely on its own merit, and the use of plastic parts is so completely integrated that it transcends the medium. When I first saw these LEGO Hardsuits by David Collins in my Flickr feed, my first thought was, “Cool action figures!”, followed by “OMG, that’s LEGO.” Not only are these battling hardsuits very nicely detailed with bright colors and custom stickers, but they are also much larger than they first seem.

Lime green has never looked more deadly. Each of David’s hardsuits features their own color palette, stickered name, access bar for the pilot to climb up, and melee weapons that would put BattleBots to shame. Peridot features a rocket-powered hammer nearly as tall it. I also like the use of curved panel elements found in Technic sets. A charm made using a pig from the Angry Birds theme is a whimsical detail. 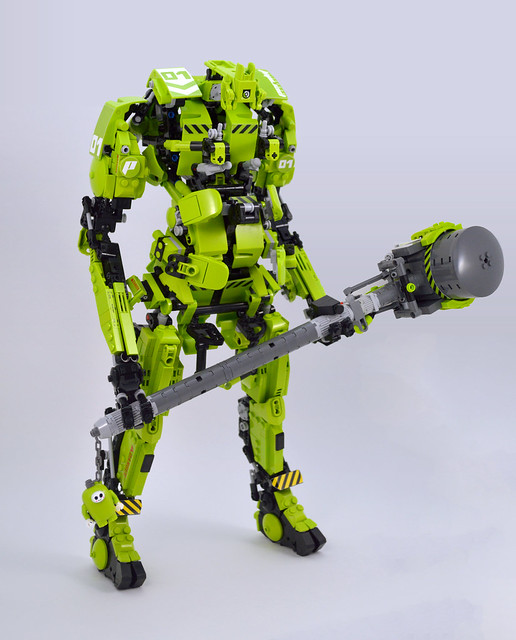 The rear view of the model shows off some clever mechanical details that ground the suit in real-world engineering, like hydraulic actuators and bracing struts on both the suit and the hammer. 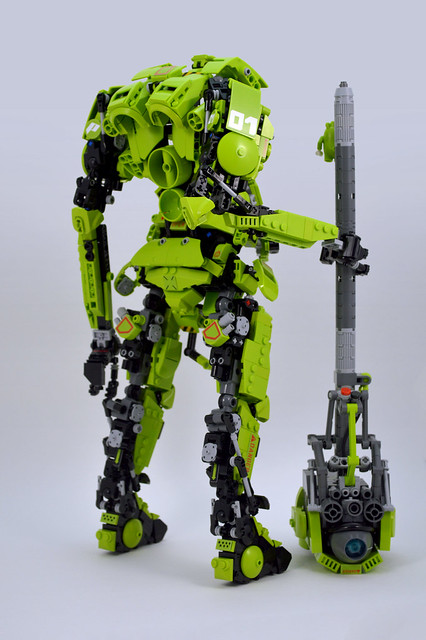 Next, we have Rhodolite, packing what I have to say is the most wicked, brutal cutting blade I have set eyes on since Cloud Strife’s gunblade from Final Fantasy VII. Coming in at what looks like over 50 studs long, it stands taller than the hardsuit that wields it. 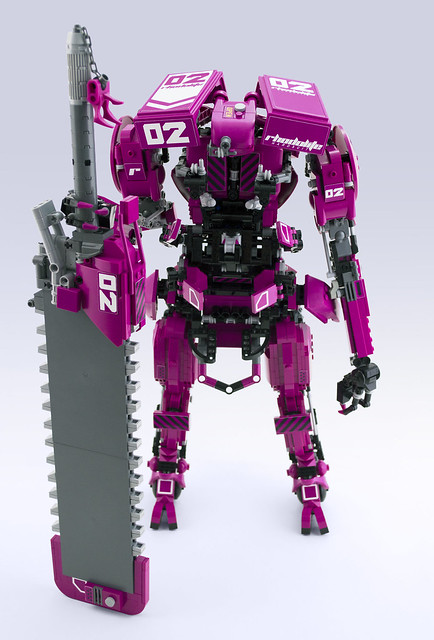 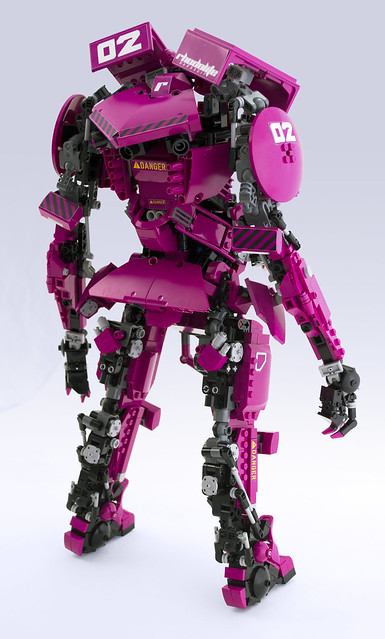 Rounding out the team is Blue Apatite. This teal behemoth doesn’t have time for hammers or chainsaws, and instead is equipped with dual rock-em sock-em metal meat tenderizers 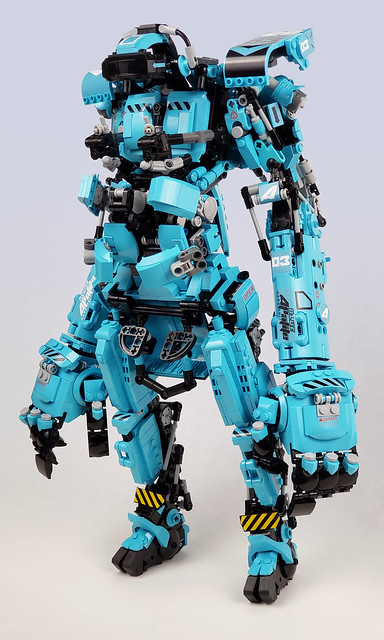 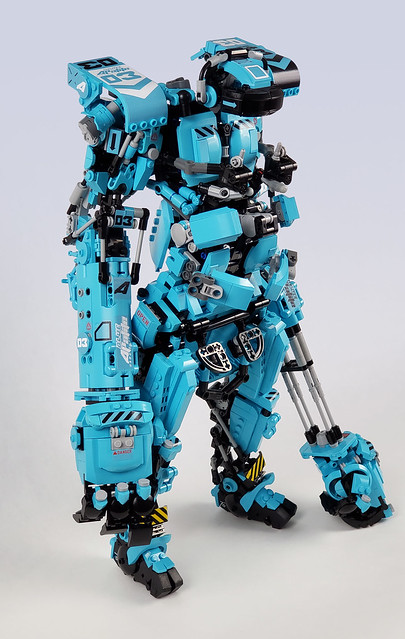 4 comments on “A collection of hard-hitting hardsuits.”