Mech builder extraordinaire Kelvin Low goes by the Flickr handle chubbybots, which aptly describes his sometimes chunky building style. Kelvin also has a knack for re-imagining and rebuilding official LEGO set mechs with stunning results. They are often much more detailed than then their official LEGO counterparts, such as this Hulkbuster sized War Machine. Kelvin’s model not only looks great, but it is highly poseable, with a fully loaded arsenal of guns, rockets, and cannons. 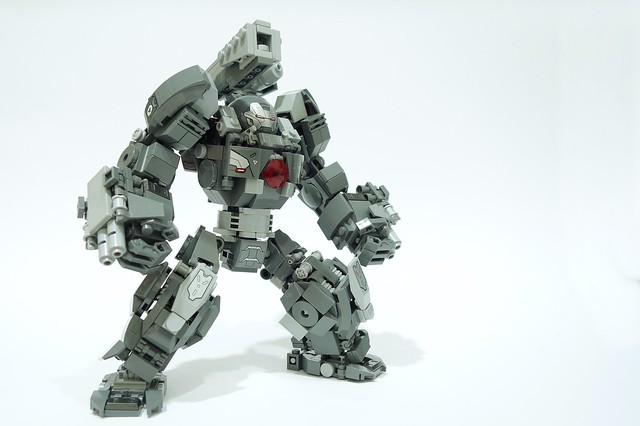 Hidden throughout the model are several transparent red plates that complement the transparent red 2×2 round plate with rounded bottom used for the main reactor. I think that Rhodes is set up to give Thanos or anybody else who gets in his way a serious run for their money. 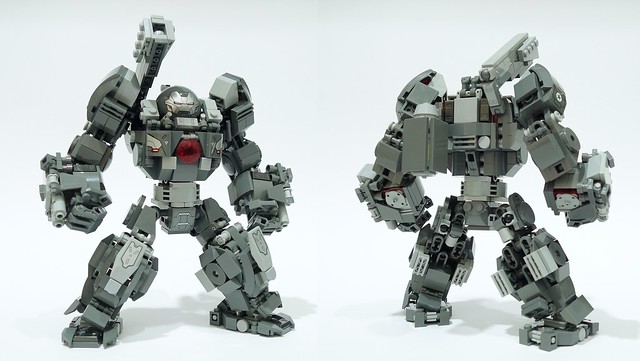