Since Jurassic Park roared onto cinema screens in 1993, many LEGO builders have recreated their favourite scenes. We’ve lost count of the number of T-Rex vs Ford Explorer dioramas we’ve seen, and many of the other action sequences have received their own brick-built tributes. However, Jonas Kramm has chosen to revisit one of the calmer moments near the film’s beginning — a dinosaur excavation in the Montana Badlands. Jonas has captured the scene perfectly — Alan Grant and Ellie Sattler are brushing away at the exposed Velociraptor fossil, surrounded by piles of gear. The dinosaur fossil is nicely put together, but the assorted equipment rewards closer inspection. I particularly like the rendition of the red “shotgun holder” — fired into the ground to generate a sonar image on the computer screen. (A screen which Jonas has thoughtfully shaded from the Montana sun, just like in the movie!) 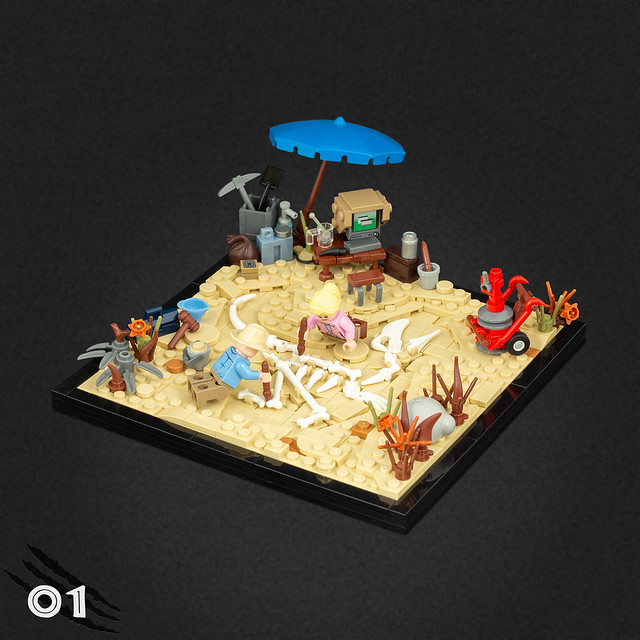