If you are planning on making trouble for the government in Marco Marozzi‘s world, you better be prepared to face the music. And by the music, I mean this manacing crowd control mech, who if you are unlucky and he runs out of ammo, will instead stomp you to paste without breaking a sweat. 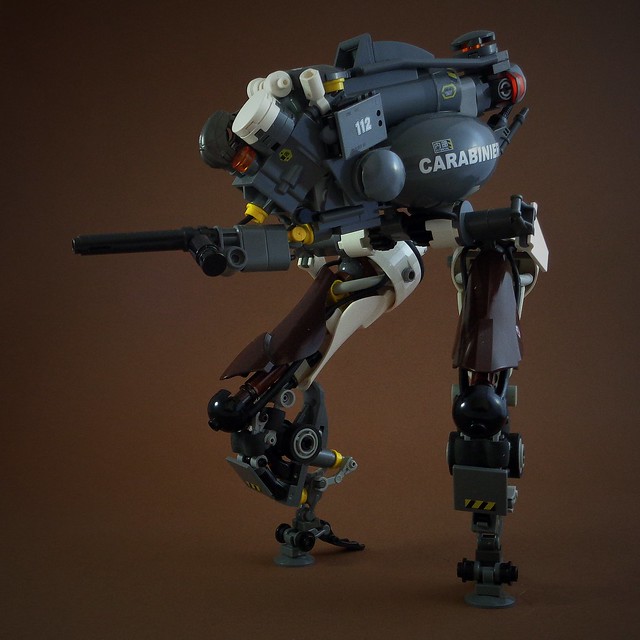 Marco is a mech builder who uses lots of amazing mechanical details in his models that root them in the practical world, with joints that feel like they actually work, and this mech is no exception. The back of the legs use the helicopter ski element to anchor several greebly bits to maximize stompiness.

Another highly detailed section is the head and chest, which use the main torso part from many Nexo Knights power mechs to provide a richly textured look. But one of my favorite parts is half of an old hinged claw used as the back part of the foot. 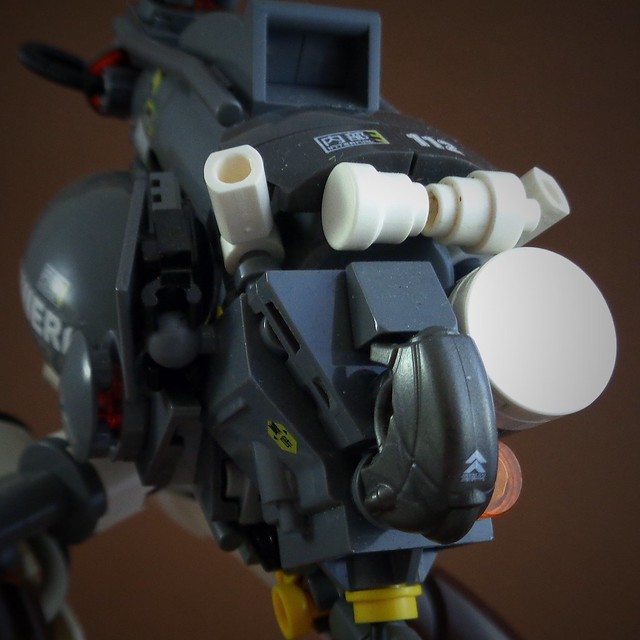