Sometimes a build comes around that is not large, or highly sophisticated, or deeply symbolic, but instead is just plain whimsically charming. This little tree stump built by Marcel V. and inhabited by several imps is one such build. The lovely arrangement of earth tones strikes the right chord, and nothing is out of place or superfluous. The grass stalks and flowers set a scale for the build that is life-sized, with little four-brick high imps scurrying about causing mischief from their little home. And don’t miss the wood grain of that severed stump! 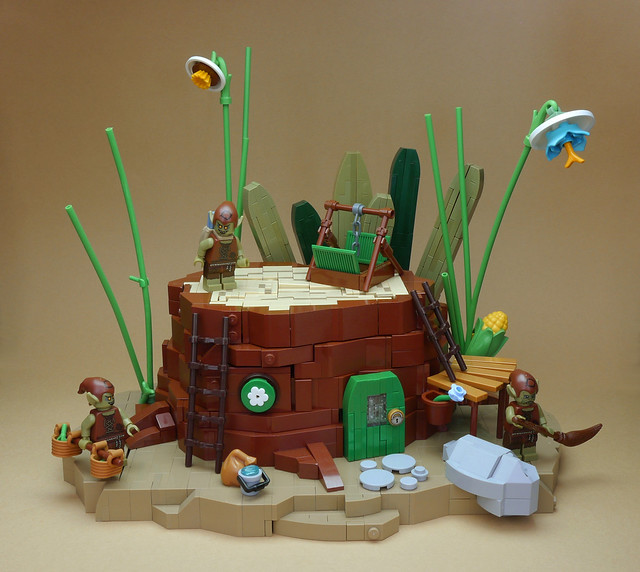 There are a few nice piece usages to be seen here, like the cupcake cup for a flower and the corn-suit from a collectible minifigure growing beside the little house. I love the little ladders and the window on the roof. It is all captured in a clean visual aesthetic, with impeccably placed pebbles, too. These impish fellows look like they could come straight from the microverse of the Planticore we featured a short while ago.