Guan Yu features some great parts usage for the mane of the horse; the flame piece looks amazing. The larger scale of the figure allows the builder to use parts like a dragon snout for shoulder pauldrons. 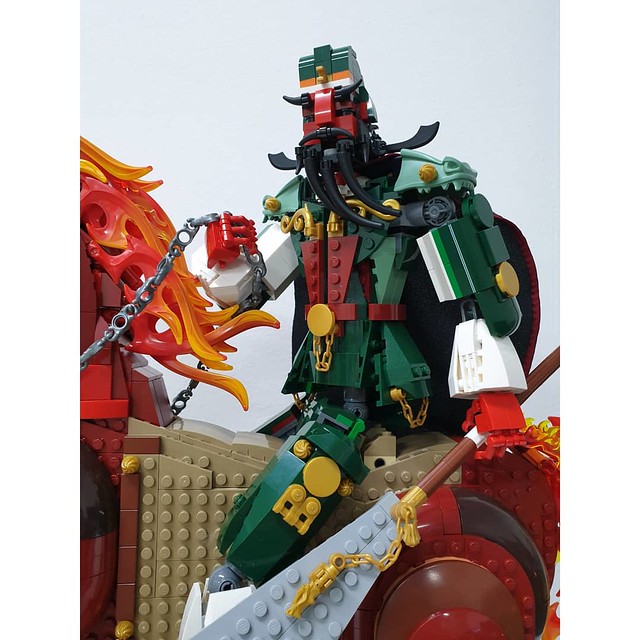 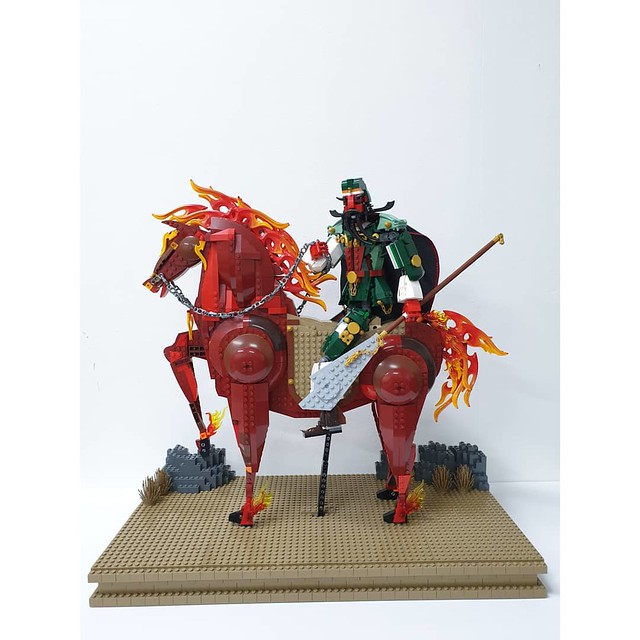 Zhang Fei’s horse uses the same flame piece as Guan Yu’s, except in black, and looks even better for it. Among the notable pieces are a minifigure mohawks used for facial hair. 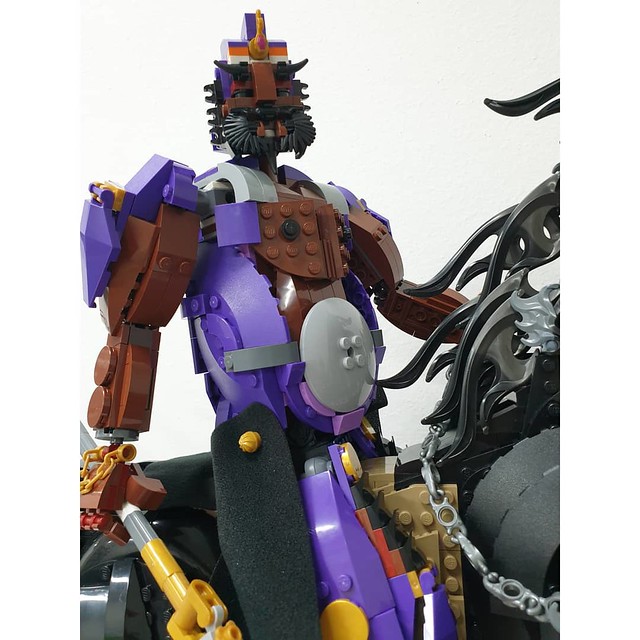 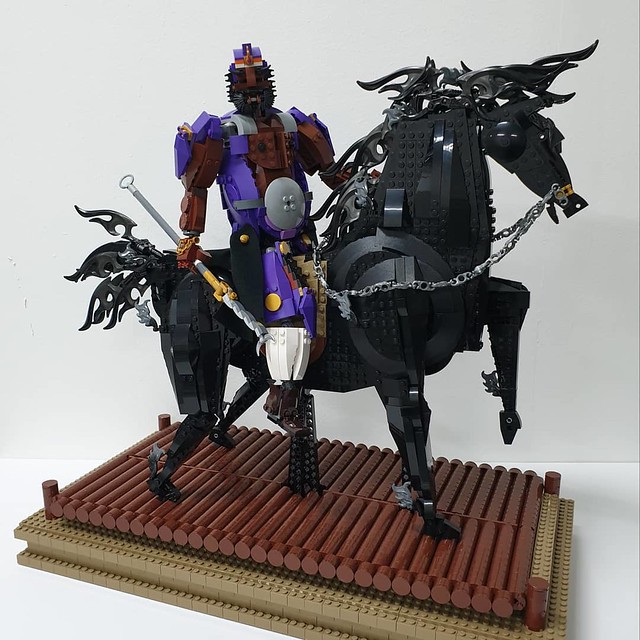 The next figure, Huang Zhong, uses minifigure ponytails as eyebrows, and is posed dynamically on his horse as he aims an arrow at his foe. The Technic connectors are used to good effect as a braided mane, too. 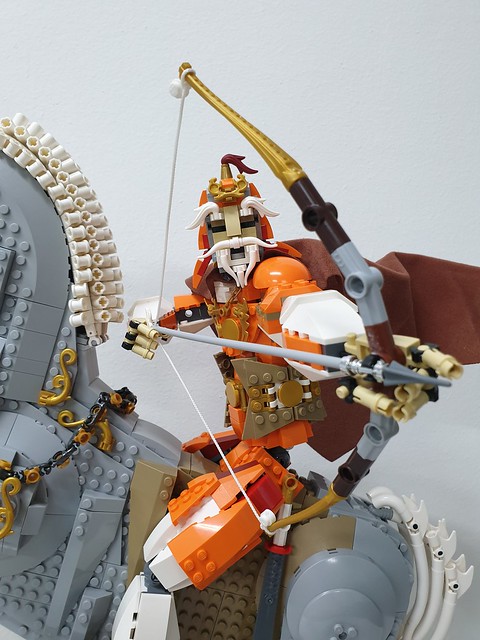 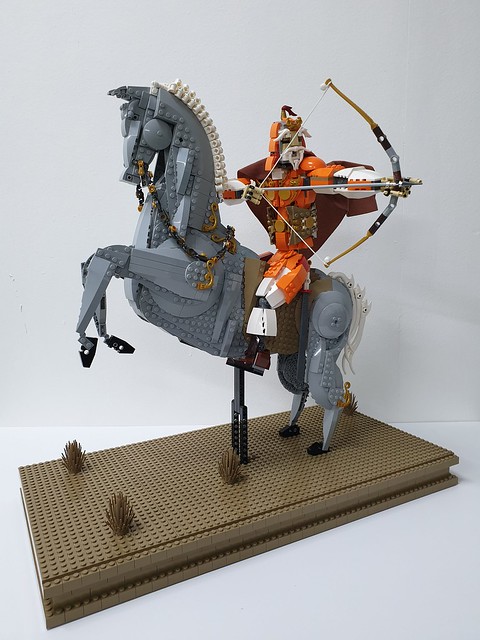 Astride a white horse with a flaming blue mane is Zhao Yun, clutching what seems to be a scroll. He features more ponytails as sideburns, and black sausages complete his hair. 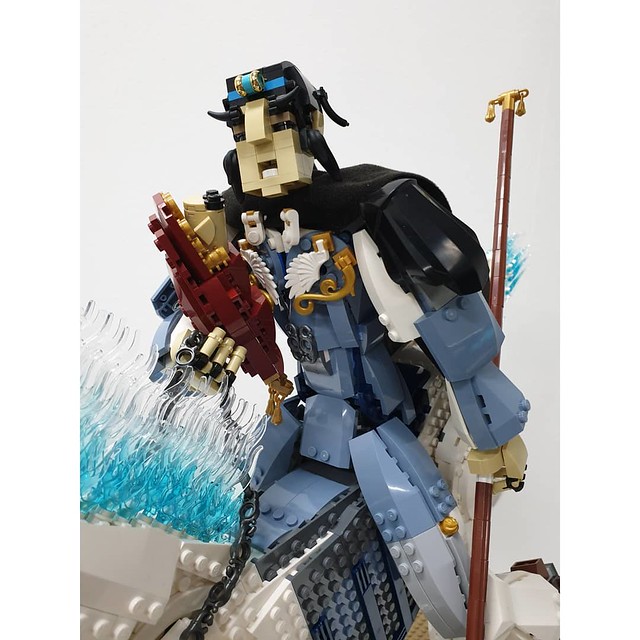 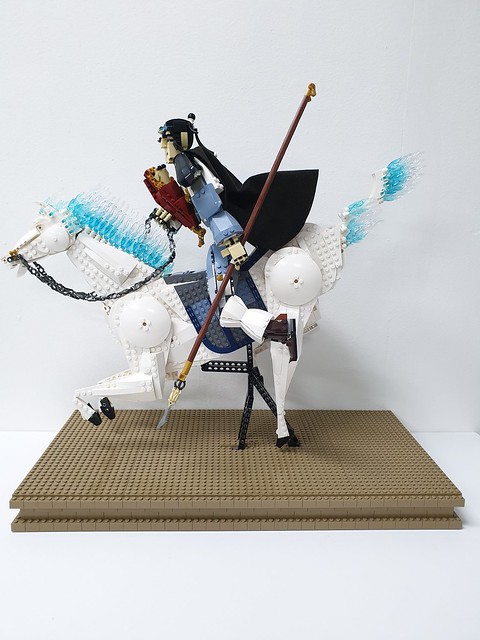 And finally, Ma Chao gallops into action, his horse straining to full speed and supported, as all of them are, by a technic support structure. This final Tiger General gets life preservers and hoop blades as part of his armor, giving it a decorative look. 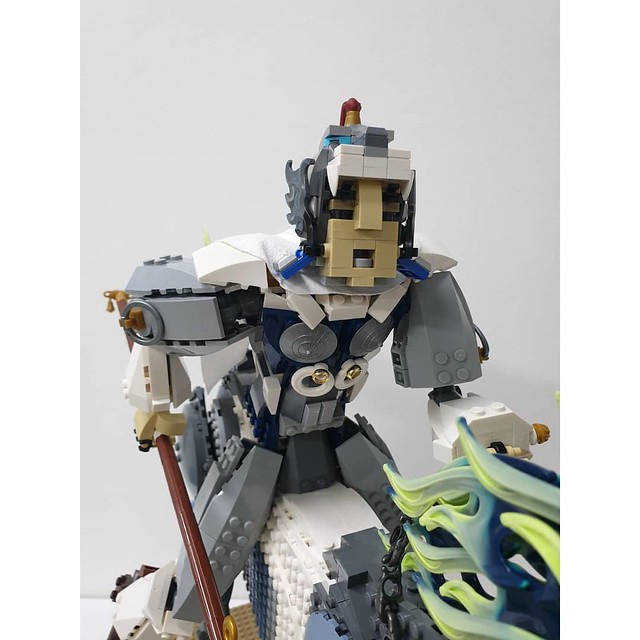 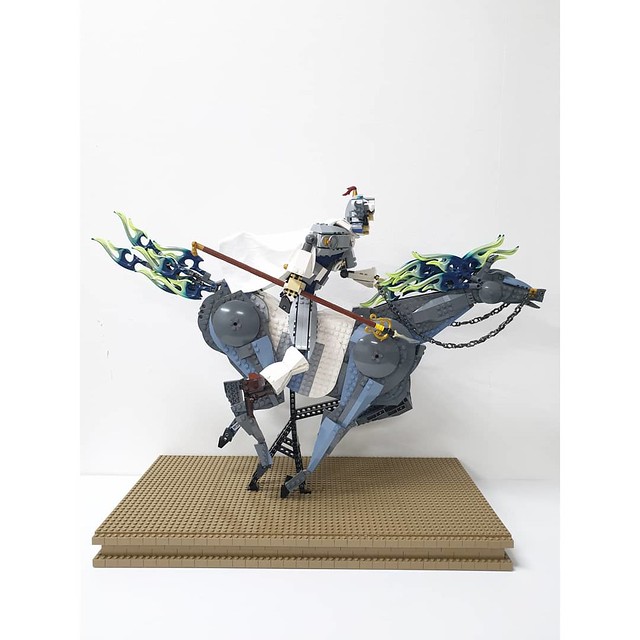 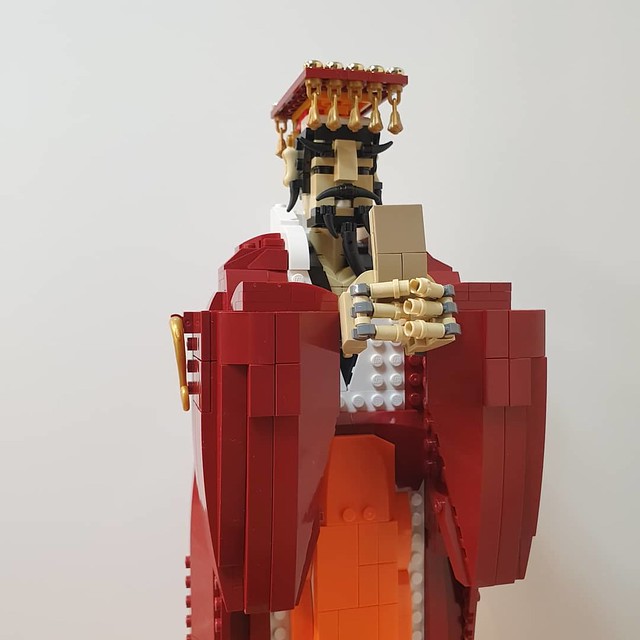 The strategist Zhuge Liang has an incredible fan built from pegasus wings. 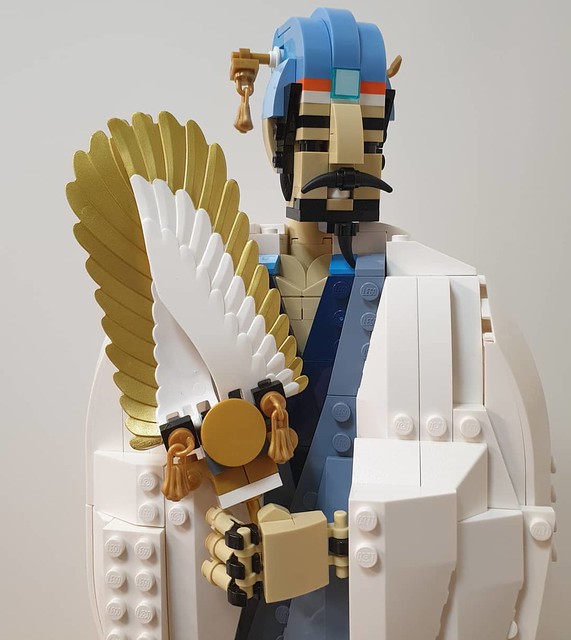