Another wide streak of light, this time called Refraction R/99, has taken off from the mind of Nick Trotta. After following his amazing LEGO creations for a while, you may pick up on the seamless transitions between each section of his ships. In that regard, he holds true to his craft. Though in others, he spreads his wings a little more. On the one hand, he has built a flying wing, and on the other, he has started playing with a selection of gold elements. Both are styles which he hasn’t explored before. 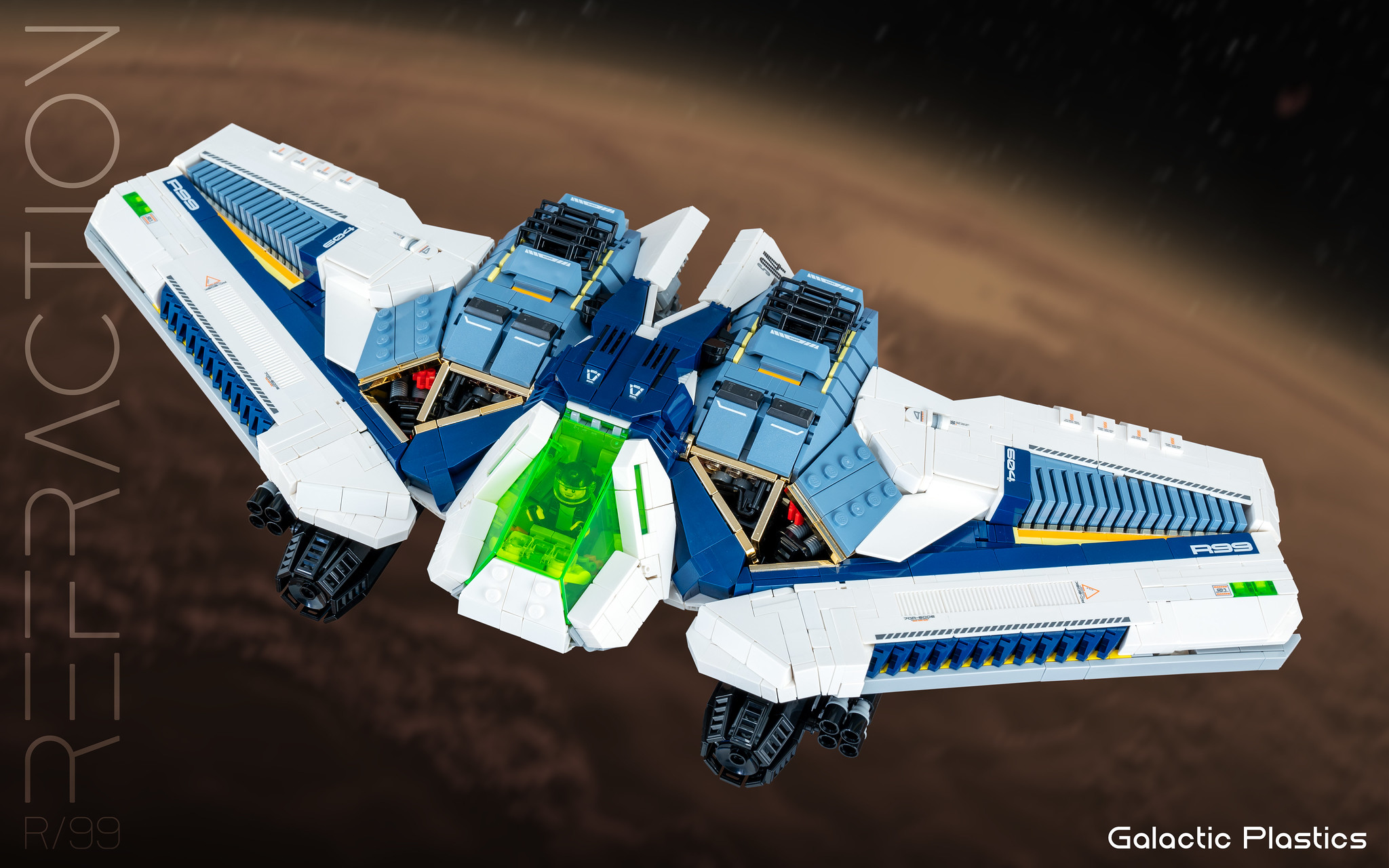 His shaping creates a strength of form built off a shallow frame, allowing the pilot to be flanked by its impressive set of wings. Having no fuselage means squeezing all of his incredible details into its wingspan. The medium blue throughout the engine housing, alongside those deep-set grilles following suit, bring out the almost skeletal dark blue within the wings and midsection. As in many of Trotta’s builds, the carefully chosen colours are exceptionally complimented by some bright splashes, this time it’s Bright Light Yellow, Orange, Trans Neon Green and his new addition: Drum Laquer Gold. 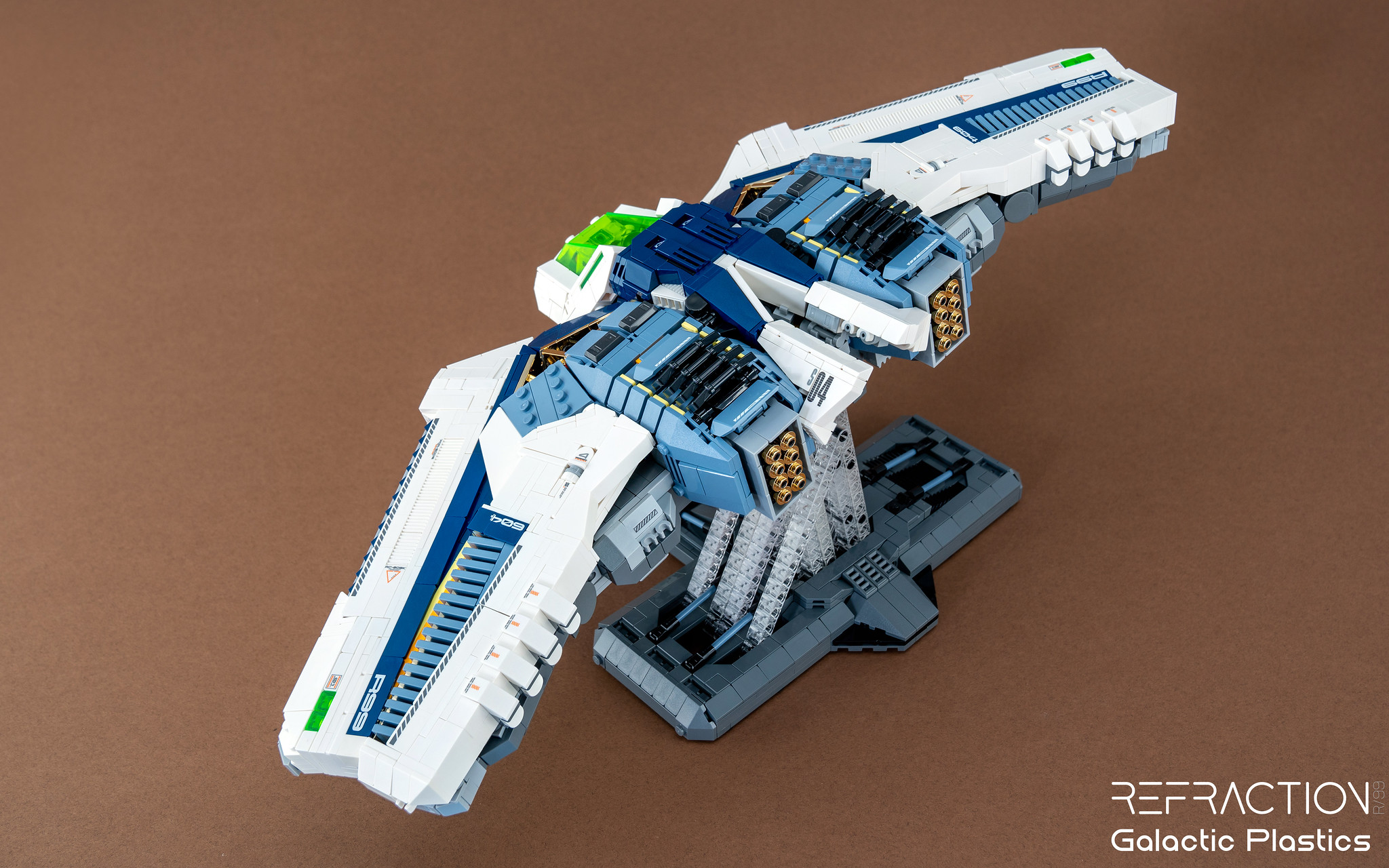 He has used his gold sparingly even though its spread throughout his ship, most effectively as a housing for some fine greebling on either side of the cockpit. This greebling, as squished as it is, has some great parts use going on in there, from the two sunken Megaphones, the red roller skates, to my personal favourite, the black paint roller handle. Yet the clean repetition of the black Grille Guards, installed as cooling vents on the two engines, seem to tie off this brilliant ship.