The opening weekend of a movie is typically an indicator of how successful it will ultimately be. And even though the The LEGO Movie 2 (TLM2) took the number one spot in the box office (read our review here), the financial performance looks troubling, possibly placing the development of future sequels at risk. 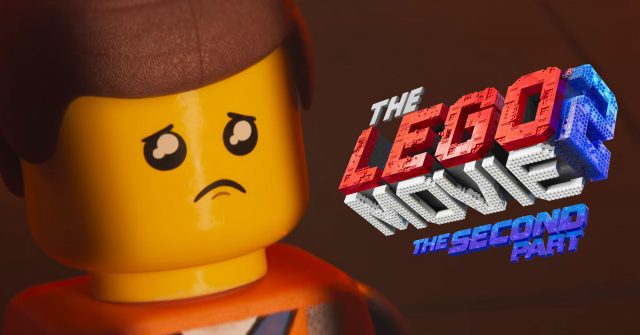 Globally, non-U.S. markets accounted for approximately $18 million in sales for each film during their opening weekend. While the non-U.S. numbers might sound like a consistent performance, TLM2 opened in more than double the number of overseas markets as its predecessor, yet only achieved the same net earnings. Meanwhile, the domestic U.S. opening only achieved around half of the first movie’s earnings. 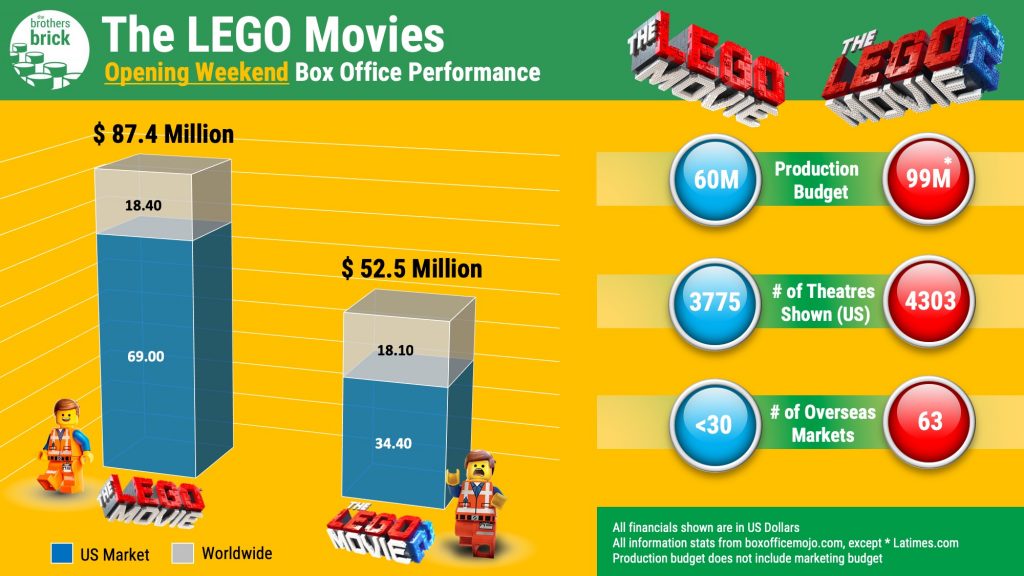 Another worrying indicator determining if the sequel will be a success is TLM2’s significantly higher production budget. The LEGO Movie’s box office earnings the first time around was handily able to cover production costs and earn a nice profit in a single weekend. In comparison, TLM2 barely made it to the halfway point in recovering its investment. It still has a long way to go to turn a profit, especially when considering a large unreported marketing budget for the film.

Is the movie itself to blame? (Not according to Rotten Tomatoes who rated the film “certified fresh” with a great score of 85/100.) Did poor weather conditions in many places prevent people getting to theaters? (Maybe, but for some odd reason the movie won’t even open for another month in Australia where it is the height of summer.) Or maybe the marketing campaign missed its target aiming more toward kids rather than a broader audience.

Historically, February is a low month for filmgoers, and TLM2 had a great opening weekend compared to other movies released during the same period in previous years. But even though it came out on top comparatively, the expectations of those involved with its production and LEGO superfans were that the movie would perform much higher.

The film might have a longer life at the box office and bring in slow and steady returns. We will see if TLM2 gets a good second-weekend bump as it faces relatively little competition. But the window of opportunity is quickly closing with How to Train Your Dragon 3 opening on February 22nd.

Which leaves us with our primary question: Has the novelty of LEGO movies given way to fatigue? Have Warner Brothers and LEGO overreached by pushing out spin-off films The LEGO Batman Movie and The LEGO Ninjago Movie too soon while waiting too long for the main sequel? Have we perhaps reached maximum product saturation with 28 tie-in sets (the second wave just revealed yesterday)?

Would you be disappointed if this signaled the end of the LEGO Movie film franchise on the big screen? Have you had a chance to watch the movie? If not, why? Share your thoughts in the comments section.