From humble beginnings as a single microscale set, the LEGO Minecraft series has grown into a cornerstone of the LEGO product line. In addition to two new minifigure-scale sets, the January 2019 wave includes a new concept — buildable “BigFigs” of Minecraft characters. 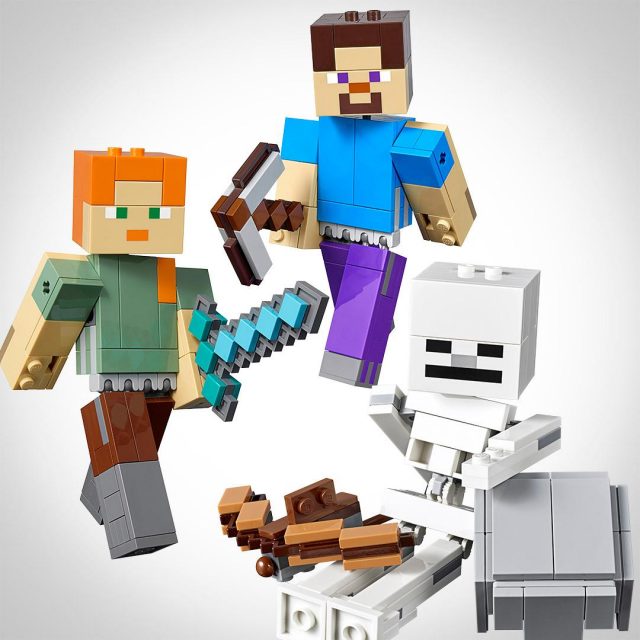 The initial series of BigFigs includes playable characters Steve and Alex as well as a Skeleton enemy character (or “hostile mob” in Minecraft parlance). Each BigFig set also comes with a smaller secondary character — Alex comes with a chicken, Steve comes with a parrot, and the Skeleton comes with a Magma Cube. We’ll be bringing you hands-on reviews of these sets very soon, but for now you can take a look at the official images below. 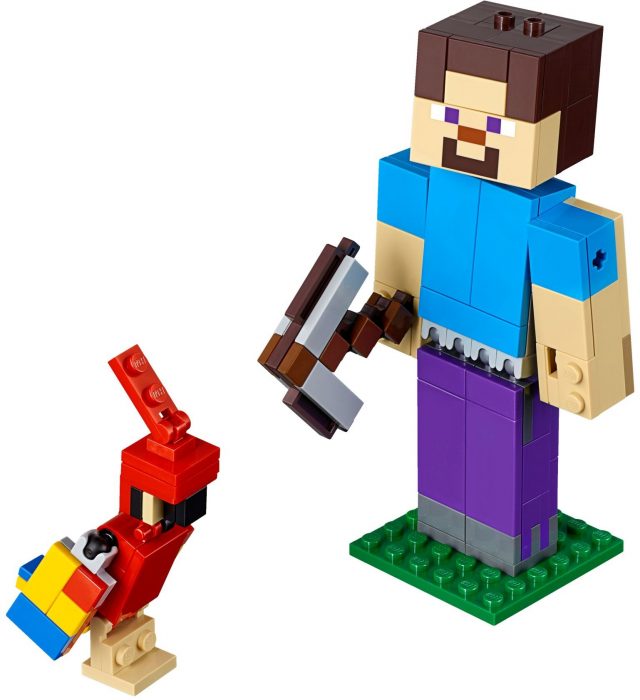 Each BigFig includes a play feature. Alex and Steve each have a lever on their back that raises and lowers an arm. This play feature is perfect for mining or fighting or punching trees. 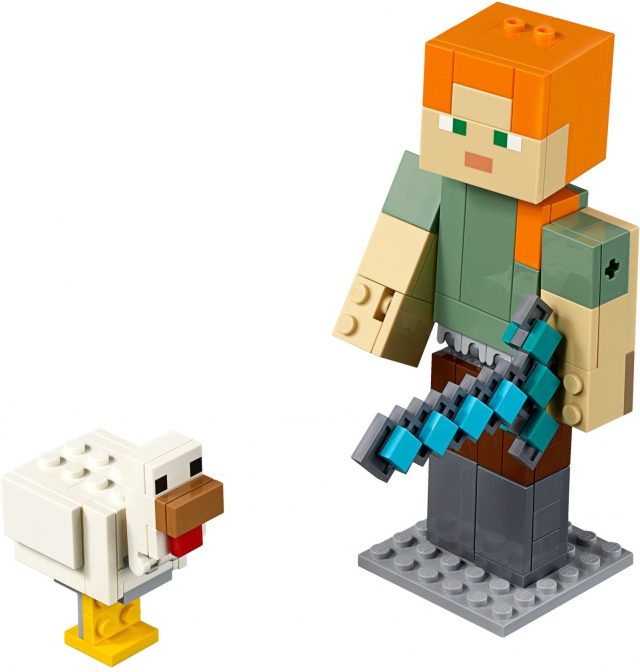 Each BigFig includes a pixelated accessory built out of large new pieces adorned with tiles. Steve has a stone pickaxe, Alex has a diamond sword, and the Skeleton has a bow. 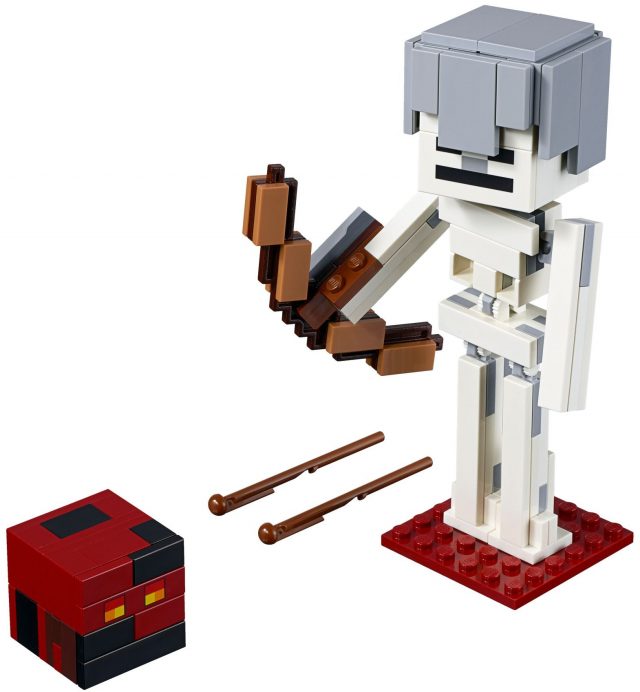 The Skelton BigFig features a removable iron helmet which can also be worn by Alex or Steve. 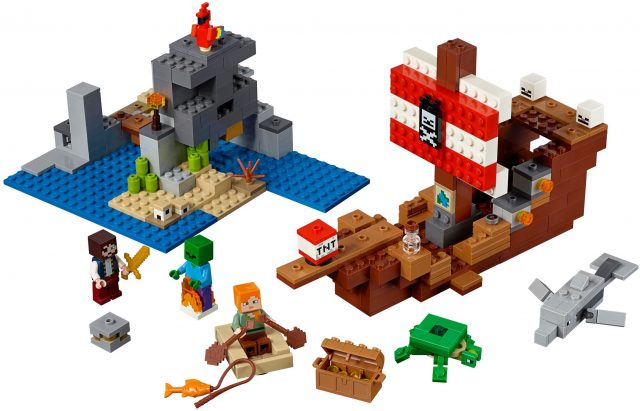 The Pirate Ship Adventure is the first LEGO Minecraft set to include the Dolphin, Turtle, and Parrot mobs. The Pirate minifigure is also a new addition to the selection of player “skins” for LEGO Minecraft. This set also includes a brand new pixelated flame piece for the hapless Zombie who stayed out past dawn. 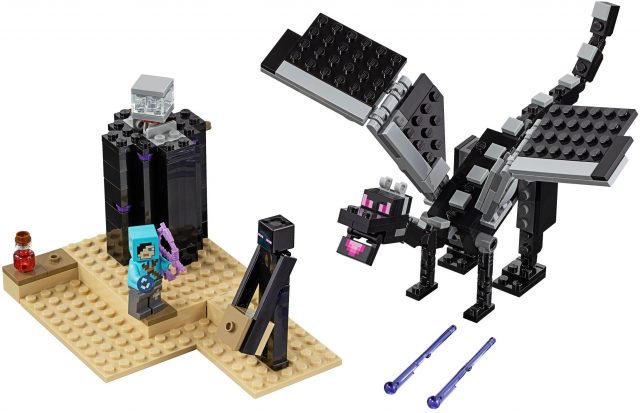 The End Battle brings a very welcome redesign of the Ender Dragon boss mob. The original Ender Dragon from 2014 was a little oversized and its use of curvy wings stood out in an otherwise blocky series. The new version is slimmed down, has brick-built wings, and can now shoot purple firebolts. This set is also a fraction of the cost of The Ender Dragon set from 2014, so I suspect it will be a very popular one.

The set also contains a new Dragon Slayer minifigure and a code to unlock this skin in the Bedrock Edition of the game.