Now that we’re closing in on December, it’s time to release the Christmas builds! I’ve been anxiously anticipating another seasonal kinetic sculpture by Jason Allemann, and he hasn’t disappointed. 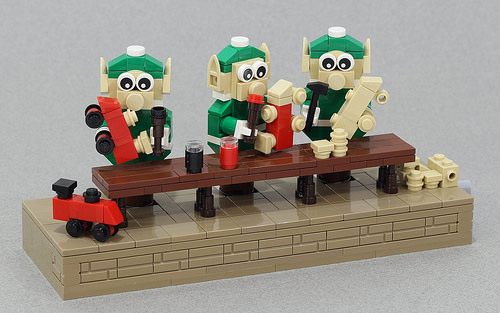 These elves at their workbench are cute enough alone, but of course, there’s more! Jason’s latest creation uses a nifty mechanism to give it an assembly line feel.

Routinely, Jason’s little mechanical marvels make me kick myself for not quite having thought of it on my own. He’s done several seasonal models, including an egg-pooping Easter Bunny! And if you’re unfamiliar, he is the creator of the 21305 LEGO Ideas Maze, as well as co-creator of the new 21315 LEGO Ideas Pop-Up Book. Also check out our recent interview with Jason and co-creator Grant Davis.