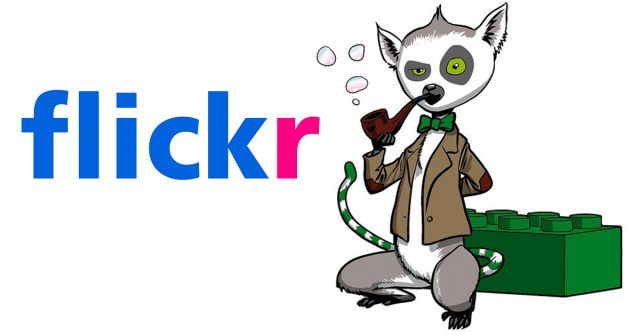 Specifically, free accounts that have had unlimited storage will now be limited to a thousand photos. Free account holders who don’t upgrade and have more than 1,000 photos will have their photos above 1,000 deleted. Yahoo! had made free Flickr accounts very attractive, with not a lot in the way of real, tangible difference between the Pro and free account levels other than access to stats about your photos (Flickr even phased out the Pro level for a couple years). Because so many LEGO builders have relied on Flickr’s free account, as much as 15 years of investment by the LEGO community on Flickr may now be at risk of disappearing forever. To put some numbers on this, there are 512,867 photos in the LEGO photo group, searching for “LEGO” yields 1,371,563 results, and there are dozens and dozens of LEGO-focused groups on Flickr, including several LEGO clubs who use Flickr exclusively instead of an email list or online forum.

However, there isn’t any reason to panic quite yet. Most importantly, we encourage builders not to delete their Flickr accounts in a momentary fit of anti-corporate pique!

The Brothers Brick has been featuring images sourced from Flickr since our earliest days on Blogspot back in 2005. Of the 15,000 articles we’ve published over the years, we’re estimating that as many as 95% of our images are from Flickr. (This is already beginning to change as we look more broadly to find a greater diversity of LEGO builders and their models. For example, we use our new Instagram account to find and highlight great builders who aren’t sharing their fantastic creations elsewhere.) We’re pretty heavily invested in Flickr ourselves, so we have strong incentive to find a solution that won’t break all of the images on our articles from the past 13 years.

I never expected when I began “Dunechaser’s Blocklog” back in 2005 that my “silly little LEGO blog” would become one of the top LEGO websites in the world. But as we’ve grown (and simply outlasted many other LEGO websites), The Brothers Brick has become an archive of some of the greatest LEGO creations built over this past decade. We don’t want to lose the value of this archive as a result of thousands of photos disappearing on January 1st, 2019. So, we’re looking into solutions that will re-host every Flickr image we’ve featured on our own server infrastructure — retaining all links, ownership, and attribution to the original builders and photographers, of course. The change will largely be invisible to website visitors, but older LEGO creations in particular that are currently at risk of deletion above the new free account limit will be safe. Similarly, photos featured on TBB by LEGO community members who are either no longer active or have passed away will also remain secure.

Hosting thousands of high-resolution photos won’t be free for TBB. I’ve always operated TBB essentially as a not-for-profit (many readers will be surprised to learn that TBB does not have a paid staff, myself included). I’ve also always worked to manage large risks, retaining enough of a “rainy day fund” to absorb a change in expenses when the need arises. Thanks to several new Premier Sponsors and a change in advertising platform over this past year (something I’ll acknowledge we’re still working the kinks out of), we’re in a position to consider re-hosting the images featured in 15,000 articles from 13 years of TBB and LEGO community history. We don’t know yet what the change in server infrastructure costs will look like, but should we be unable to fully absorb the cost with existing funds, there are still a variety of funding methods we can consider to ensure we’re managing this risk to our shared LEGO history.

In the meantime, what can you do? Complaining about this or panicking won’t help — this is a business decision that Flickr’s new owners have made in order to make the website sustainable for the future, and screaming at them to let you keep your free account won’t change anything. If you don’t intend to upgrade to Pro or continue with your existing $49.99 Pro account, you can download your photos. And for the sake of the broader LEGO building community, we ask you again not to preemptively delete your Flickr account. By letting your Flickr account stand through the end of the year, you’ll allow LEGO archivists an opportunity to re-host your images elsewhere, as we’re planning on doing for LEGO models featured here on TBB.

You can also share your insights on other places on the web with thriving communities of LEGO builders. The best kinds of online LEGO communities are ones that don’t require a sign-up to see conversations and LEGO creations, so this rules out closed websites like Facebook groups and Discord servers (even if both are free, you can’t browse them without signing up, and re-sharing photos hosted there is annoying at best). If you’re starting to see new communities emerging, we want to know so we can continue featuring the amazing creations shared there.

What do you think about these changes? Will it change how you interact with your fellow builders or browse others’ creations? What impact do you think this will have on the AFOL community? Sound off in the comments!