Last weekend saw Live Company Group, owner and operator of BRICKLIVE exhibitions, announce their acquisition of Bright Bricks, the UK-based LEGO-building business, in a deal worth £8.5m {$11.1m). This is a significant investment in the business of LEGO shows, and highlights Live Group’s ambitions for their BRICKLIVE brand of events and touring exhibits. They have previously stated their aims of expanding and increasing the number of BRICKLIVE shows across the world, with a particular emphasis on Asia and the US. 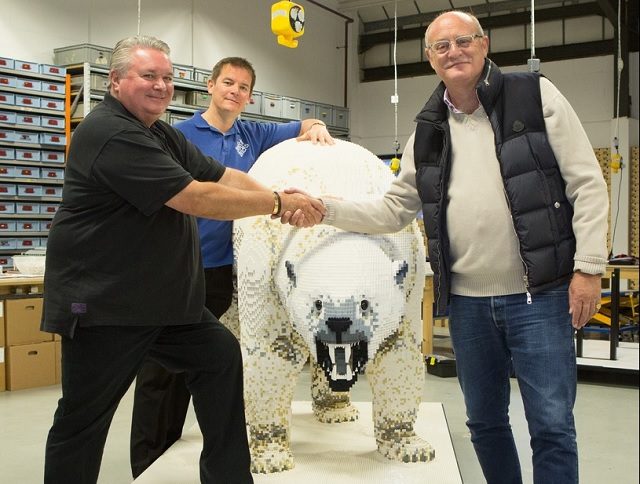 You can read the press release about the announcement here, but we wanted to know more. We spoke with Ed Diment, one of the directors of Bright Bricks, to find out more about the deal, the ambitions of the new business, and what this might mean for the world of LEGO shows.

The Brothers Brick: Going from a brick-building business that started in a shed to a buyout deal that makes the business pages of the broadsheet newspapers – how does that feel?

Ed Diment: It’s surreal. Back when we were still working in that shed, I remember Duncan talking about his vision for where the business might end up one day — a small workshop, maybe another couple of staff building things, and maybe an admin person. But you pursue the opportunities that present themselves, and you work hard, and the business comes in, and then you’ve got 75 staff. And then you’re talking with lawyers and accountants about a buyout deal.

TBB: What’s the plan? What will Bright Bricks get out of this deal? What do BRICKLIVE get?

ED: It’s a great partnership – a natural fit. It’s efficient. They’re very strong in Asia, and we’ve never really done anything there. They’ve got partners in China and Korea, where there are obvious opportunities for the sort of shows we can do. This offers a great way for Bright Bricks to promote and feature our content in more places. Beyond that, we are always kicking about new ideas, but we have not always had the distribution avenues or the working capital required. With this deal, we do, and so I am excited about developing new concepts. The deal with Live Company Group is going to help us unleash a burst of activity.

TBB: Having appeared in the LEGO documentaries (shown on the UK’s C4), Bright Bricks was a high-profile part of the LEGO Certified Professional programme. How does this deal leave your relationship with LEGO?

ED: We’ll still have a good relationship with LEGO. Clearly what we do now, and what we’ll do in the future, is helping promote the LEGO brand and sell their products. However, we recognise the deal with Live Group means that relationship will probably be a little more distant going forward. Having said that, we’ll always be fans of the brand and what they make – we couldn’t have a business without it.

TBB: How do you respond to fans of LEGO who are unhappy with what they see as the increasing ‘professionalisation’ of the hobby?

ED: I understand their feelings, because I’ve seen that change happen around me. I’ve seen more and more AFOLs [Adult Fans Of LEGO] start to make money, even make a living, from commercial LEGO-related activities – running websites, running Bricklink stores, or doing commissions. That’s a natural part of living in a capitalist society, and it has contributed to the explosive growth of LEGO and of the adult builder community. And if it hadn’t happened, we wouldn’t be seeing the sets and parts and colours which LEGO has introduced targeted at that community.

Most of my friends are AFOLs, and they’ve congratulated me about the deal. But there are always some people who won’t like something like this. Some of it is simple jealousy, because we’ve made a success doing something they think they could do. But what they don’t see is all the business work beyond the model-making – the meetings, the emails, the early starts and late finishes, the staff management, the lawyers. That’s what makes a good business – not just making good models.

TBB: Does the BRICKLIVE acquisition of Bright Bricks mean their shows will concentrate more on your kind of ‘big models’ over fan-built content?

ED: Fan-built content is brilliant. Having fan builders exhibit ensures there is high-quality and imaginative content at the show. But we need to recognise that AFOL content tends to be most interesting for other AFOLs, and maybe for older kids. The primary target for the big commercial shows like BRICKLIVE are predominantly families with younger kids, perhaps 4-6 yr-olds. That audience wants to see big impressive sculptures, and play with bricks in interactive activities. They’re simply not as interested in seeing fan-built creations, no matter how cool they are, and we have to recognise that.

There will probably always be a role for interesting and imaginative fan-built models at even the most commercial events, but I think most of the big kid-focused shows will increasingly move towards having fewer AFOLs exhibit — concentrating on having one or two people there who can display a high number of models. It’s difficult to manage lots of exhibitors who are only displaying one or two models. It has to be cost effective and so it’s about getting the right balance.

Having said all of that, there are always going to be lots of different sized LEGO shows going on. There will continue to be shows designed for AFOLs or older kids who are keen builders. Just because the BRICKLIVE brand of shows will get bigger and better, that doesn’t mean other shows will suffer. They’re not doing the same thing.

TBB: Final question… Do you miss being in that shed? Do you still build for fun?

ED: I don’t build anything as much as I used to. Occasionally I get to build something for work which I might have made as a fan – I recently did a model of the polar research vessel RRS Sir David Attenborough (aka ‘Boaty McBoatface’). That was cool. Like I said, I’m an AFOL myself – I wish I could do it for fun more often. I’d like to get back to exhibiting my own models at shows, or posting creations on Flickr. That’s not going to happen any time soon though – too many exciting new opportunities with the new business!

TBB: Thanks for your time Ed, we look forward to seeing what happens with the new business. 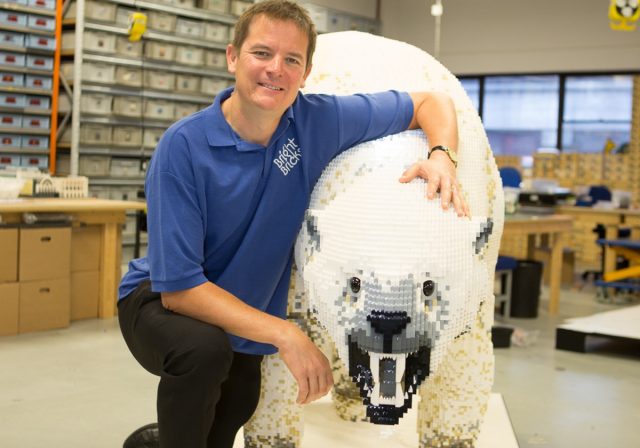