This article is Part 2 of an ongoing series. Read about the LEGO Grumman E-1 Tracer Part 1 here.

About two weeks ago, I started building a new aircraft model: a Grumman E-1 Tracer. Because some of you might like to know how one might build such a LEGO scale model, I am documenting my process in a short series. In the first part I described why I decided to build such an oddball aircraft in the first place and how I plan a build like this. I also explained that I usually start by building the difficult bits. A few of those are the subject of this article. 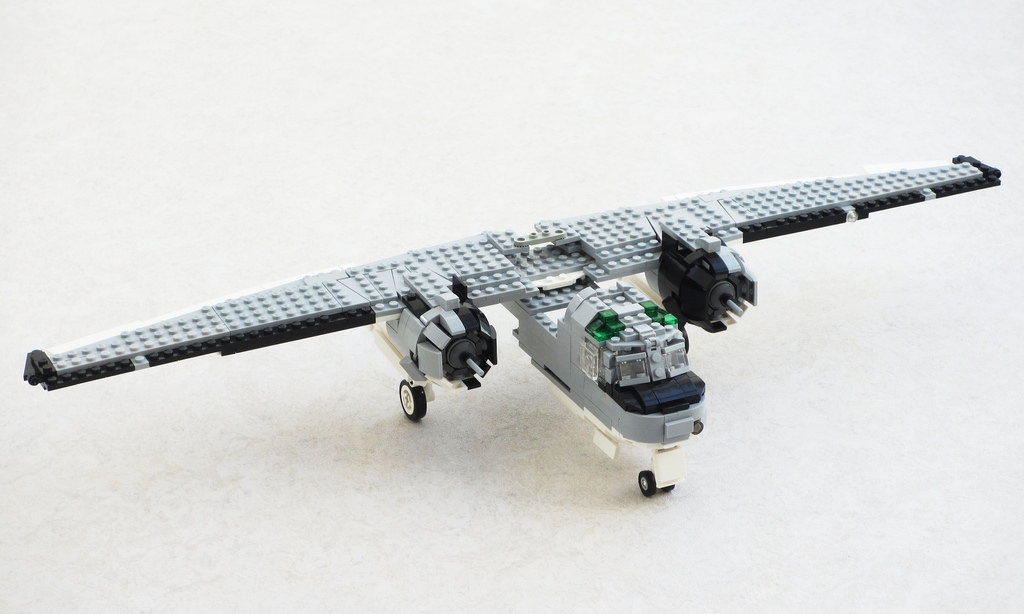 The Tracer’s wings are not quite perpendicular to the fuselage. This wouldn’t be much of an issue if the engine pods and the main undercarriage weren’t attached to them. I have built angled wings before, including some rather large ones. In practice, however, it is almost impossible to mount the wings using hinges and also have them carry much of the model’s weight. Furthermore, if I were to build the wings at some weird angle, I would then have to figure out how to align the engines attached to still be parallel with the fuselage. My solution is to attach both engines directly to each other and also to the fuselage using a bridge structure. I built this bridge perpendicular to the fuselage using plates. I then put the actual wings on top of it. By combining 2×3 and 2×4 wedge plates I filled in the gaps where the tops of the engines join the wing. Getting everything to fit nicely involved a lot of trial-and-error, but it works.

Although the fuselage still is unfinished and very much temporary, by now the model has properly angled wings, engines, and sits on its undercarriage. This feels like a major milestone.

The engines were pretty awkward too. The Tracer is an old clunker. It first flew in the fifties and had two Wright Cyclone radial engines instead of more modern turboprops or jet engines. A radial engine has a crankshaft in the middle with cylinders and pistons arranged in a circle around it; nine in case of the Cyclone. The engines sit at the front of the pods attached to the wing, each surrounded by a cylindrical cowling which tapers towards the front. The engines are air-cooled, so when you look into the cowling, you can actually see the ring of cylinders. 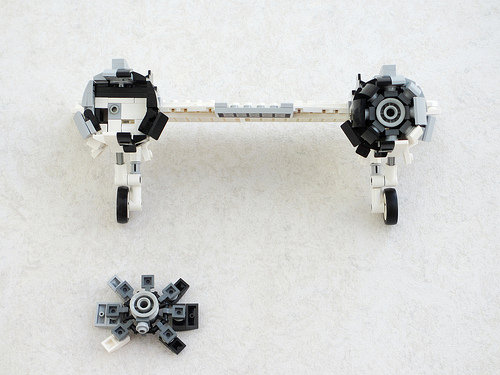 I built the cowling using an octagon. The outer ring, built with curved 1×2 and 2×2 slopes, attaches to that with clips. The cowling on a model by Custombricks gave me inspiration for this. I modified the design slightly to fit my Tracer by moving the octagon a stud further back. Using 1×1 round plates and 1×1 round plates with a hole to attach the curves to the clips gives the impression of a radial engine (albeit with one cylinder too few). I am not keen on some of the gaps, but it does come close to the right shape. 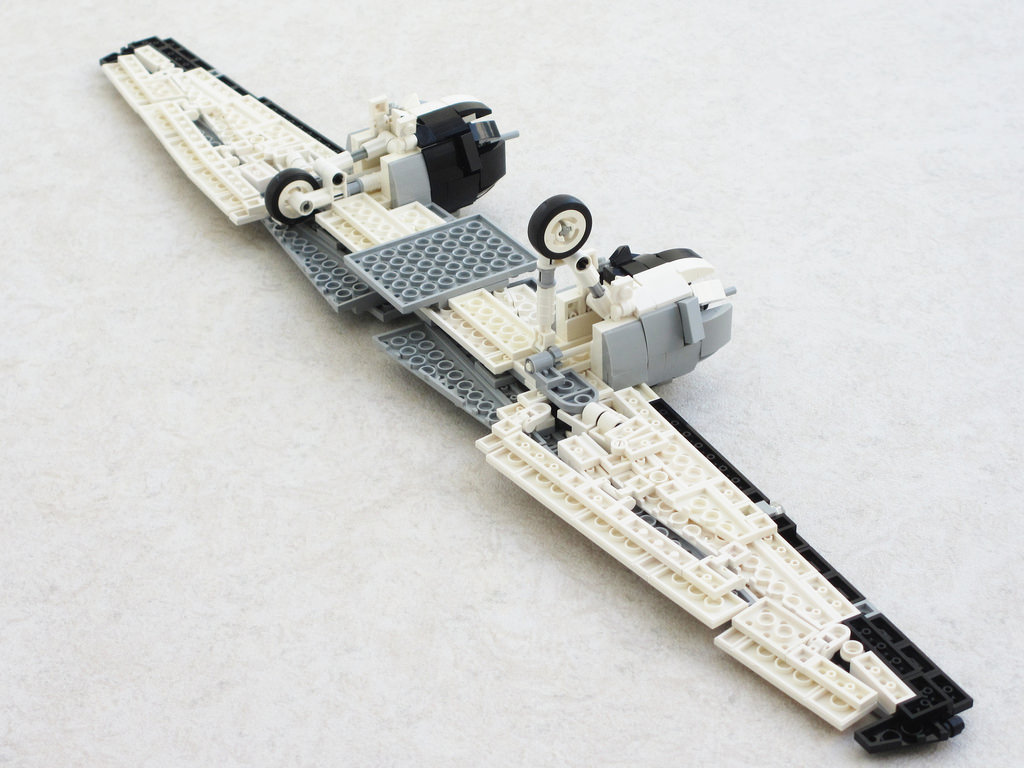 Since this model will be pretty heavy, its undercarriage needs to be strong. Yet I like the wheels on my models to be retractable. These two demands sometimes seem mutually exclusive. Consequently, my LEGO undercarriages have the tendency to collapse. Fortunately, I found a solution: I built each undercarriage leg such that, when extended, the struts form a triangle. The top of the vertical strut can slide and the gear only retracts if you shove it forward. However, when sitting on its wheels the aircraft’s weight actually pushes the top of the vertical strut aft. This locks it in place and the result is rock-solid.

Next, I am going to have to figure out how to make a decent join where the wings meet the top of the fuselage and build the aft parts of the engine pods. Those will be some of next week’s challenges.

Continue reading about the E-1 Tracer in part 3 of this series.

2 comments on “How to build a Grumman E-1 Tracer early warning aircraft from LEGO: Part 2 [Feature]”