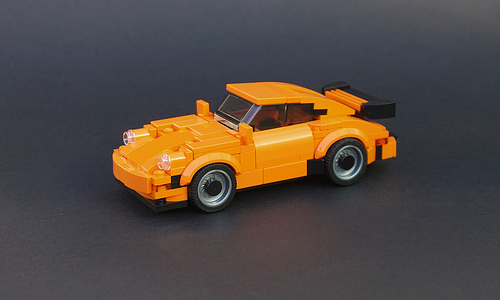 A personal favorite of mine is Jonathan’s Toyota 2000GT, a Japanese sports car which was short-lived (1967-1970). Production was limited to 350 cars, making it a very rare breed indeed! Around 60 of these vehicles made their way to American shores, and they would have stood unique in a country that was captivated by American muscle cars. Jonathan’s version is a faithful-looking replica, right down to the wing mirrors way ahead of the front windshield. This was typical of Japanese cars from the period because Japanese law required mirrors to be visible to the driver through the windshield. A few months ago, one of these rare cars sold at auction for a whopping $665,000. Fortunately, Jonathan’s little 2000GT won’t break the bank or require additional garage space. 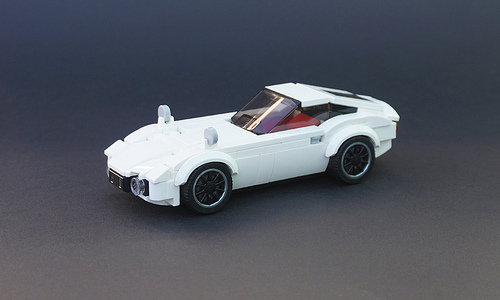 Last but not least is this slick black 1972 Mercedes-Benz R107; series production spanned two decades (1971-1989). For 1972, Americans received a larger engine than Europeans in order to compensate for loss of power under U.S. emissions rules. Jonathan originally built this car in white back in November, but he received a commission to render it in black for a wedding. While it might have been a nice day for a white wedding, Jonathan’s client must have felt the car looked even more stunning in darker colors. Looking at them side-by-side, I think I’ll have to agree! 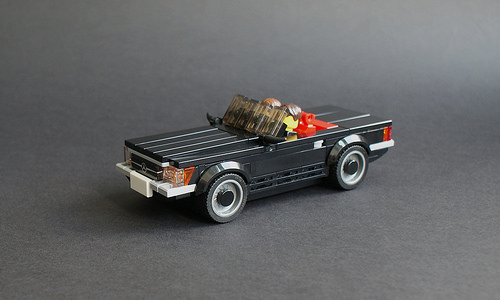