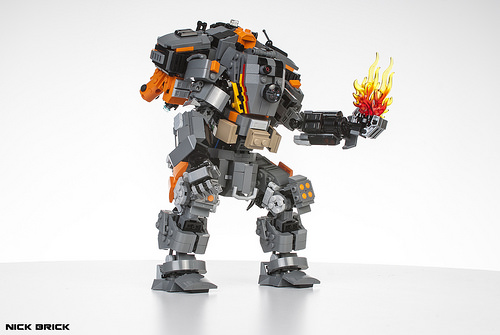 Scorch is bulky. Its heavy chassis and armor plating allowed for the use of larger, sturdier points of articulation in the arms and legs than in a build like Ronin. The color scheme is based on Kane’s Scorch, which is dark gray with orange highlights and a yellow grin around the cockpit seal. 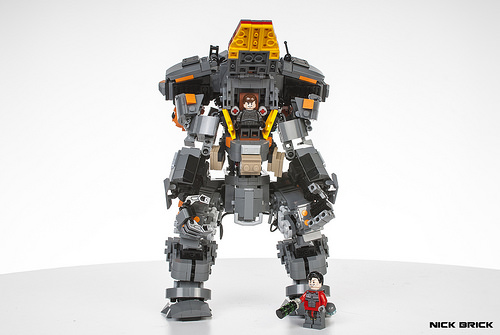 In the Titanfall 2 multiplayer lobby, all seven Titans can be viewed and turned around 360 degrees. This was incredibly helpful for details such as the thrusters and canisters in the back as well as the wiring and hydraulics in the midsection. 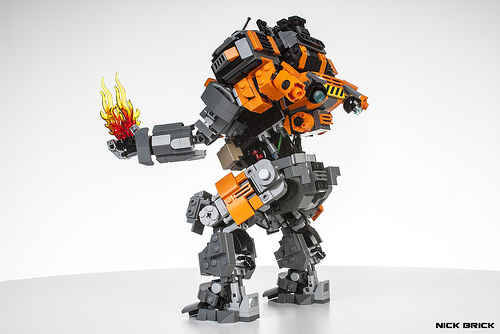 Ronin could barely hold its sword upright, and Northstar couldn’t hold its railgun at all. However, thanks to the utilization of sturdier ball joints in Scorch’s arms, it can hold the T-203 Thermite Launcher in a few positions without dropping it or falling over. 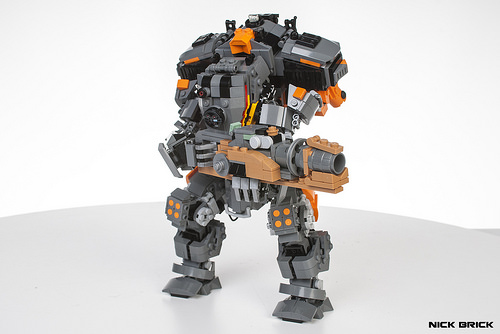 See more photos of Kane’s Scorch Titan on my Flickr