Nowadays, we’re slowly approaching the point at which, when spotting a new BrickHeadz set on a store shelf, you might wonder, “I thought they’d already released this BrickHeadz character!” And this is no joke — with almost 60 figures released so far one can easily lose track of characters turned into funny chubby heroes. Now, you either get each and every one of them to keep your collection complete or spend more time choosing some of the very best sets. LEGO Star Wars BrickHeadz 41619 Darth Vader and 41620 Stormtrooper totally deserve a closer look. They are not just a couple of iconic movie characters, but also a very solid addition to any BrichHeadz collection. 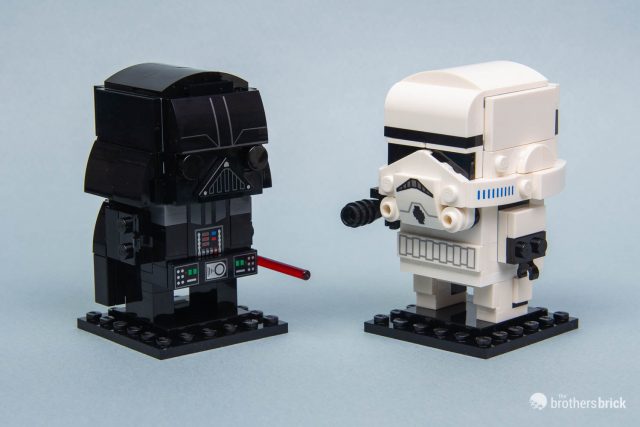 As usual, each figure consists of a very modest number of bricks, yet the LEGO BrickHeadz design team has managed to find room for a couple of new elements. 41620 Stormtrooper brings us a couple of relatively new double jumpers (modified plates 1×3 with 2 studs) in white, which we first met in Harry Potter BrickHeadz 41615 Harry Potter & Hedwig. A pleasant bonus — 1×2 modified rounded plates in white as well. Not many, but enough to get a grasp of the relatively new elements in case you haven’t obtained any before. 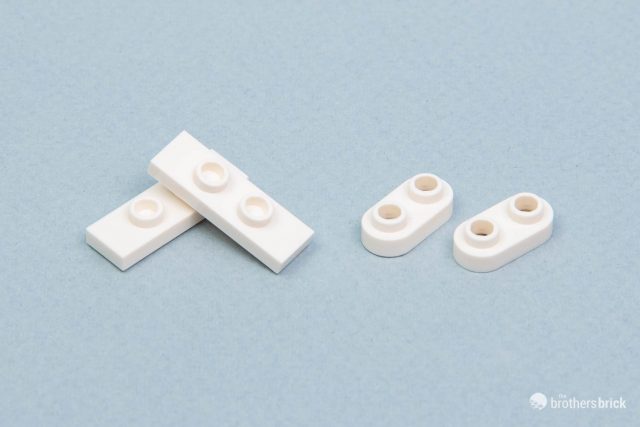 No doubt, a signature element of BrickHeadz designs is printed pieces. Each figure comes with 4 printed elements. As usual, the patterns are very clean and simple, and while pieces of Darth Vader’s outfit are instantly recognisable, printed pieces used for the stormtrooper’s design can be very useful in decorating your own creations. 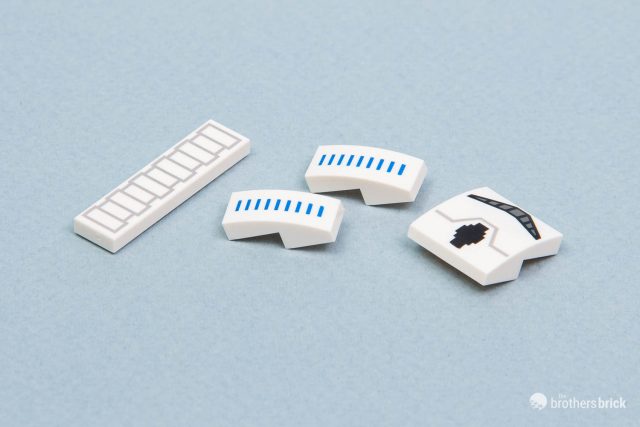 The most remarkable piece between both sets is probably the 2×2 triangular tile with grill pattern used on Darth Vader. Not only does it works perfectly as the key part of the Dark Lord of the Sith’s helmet, but also has some endless applications in custom creations. Getting at least 4-6 of these is a must for any hardcore builder! 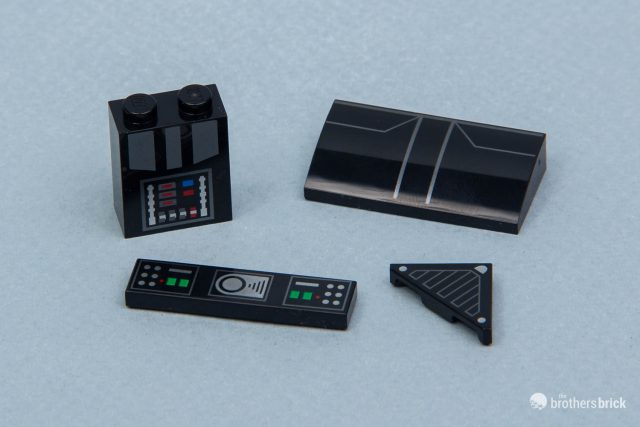 First of all, these two are nothing but adorable. They are chubby, clumsy, and nothing will stop them on their quest to galactic domination. Honestly, I have no explanation for how one of the most formidable villains in the history of movies became this lovely and funny. 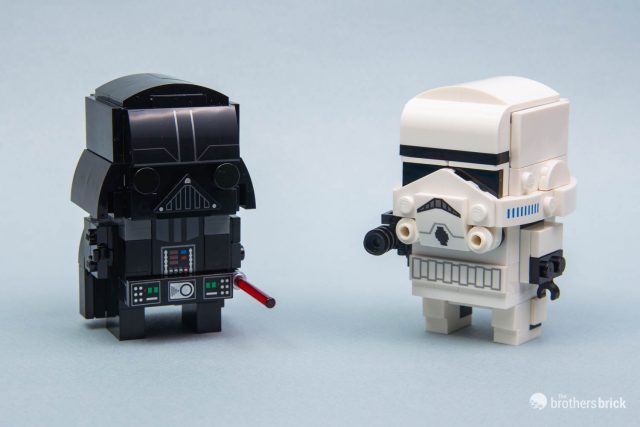 Since the size of the figures is strictly limited by the format, each part of both figures works for their appearance. The back of the stormtrooper is almost as full of detail as his front. 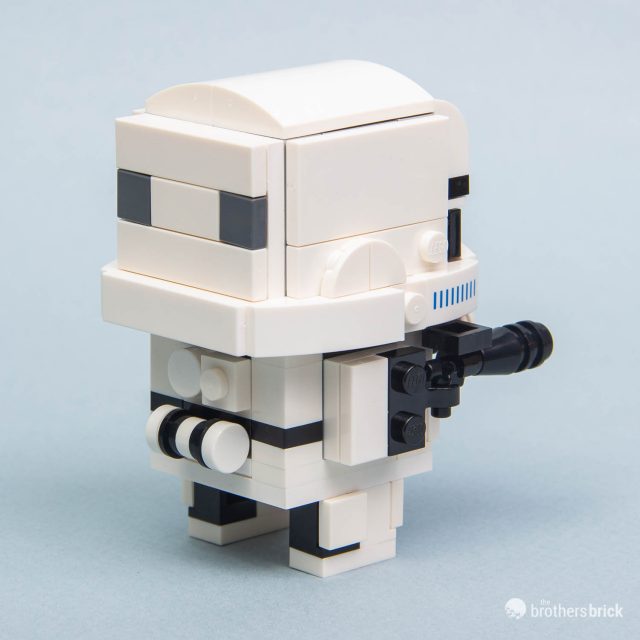 The stormtrooper’s head turns out to be much more interesting than it might seem judging by the picture on the box. The head utilises 4 different types of curved slopes and bricks, which perfectly capture the iconic shape of the helmet. And the use of the new 1×2 modified rounded plates is my favourite part of the design. 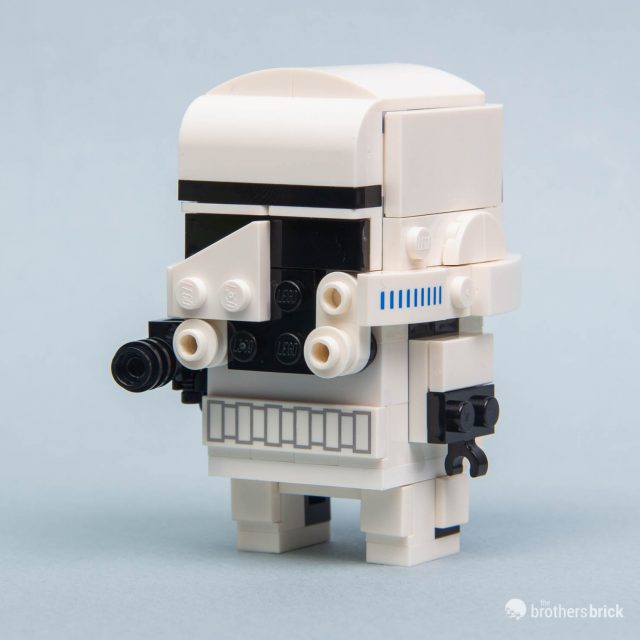 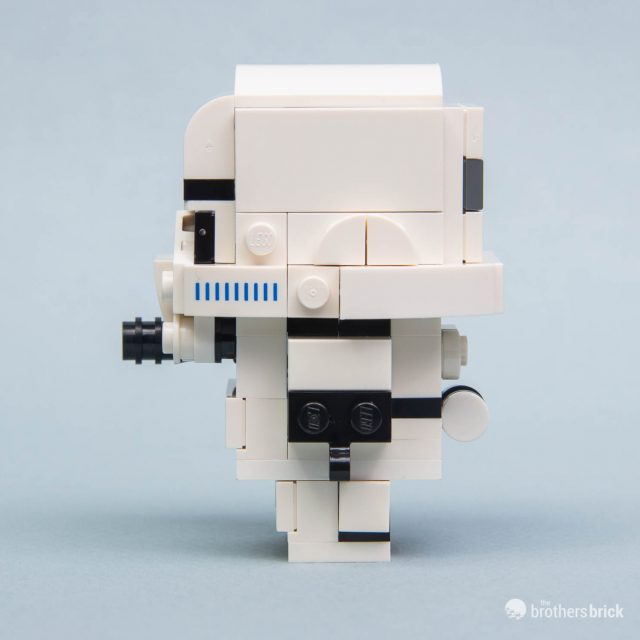 Nothing screams “Empire!” more than Lord Vader’s iconic silhouette. With just a handful of curved slopes, the designers skilfully convey the shape. Of course, his body is much simpler than that of the stormtrooper, but this is largely due to his cape. 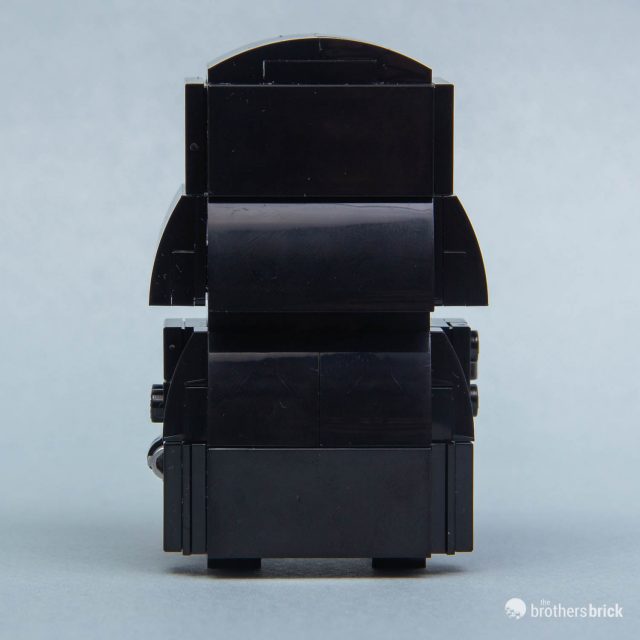 It’s hard to overestimate the importance of prints for BrickHeadz figures. It seems like the 2×2 triangular tile used for Lord Vader’s mask is responsible for half of the character’s entire appearance. 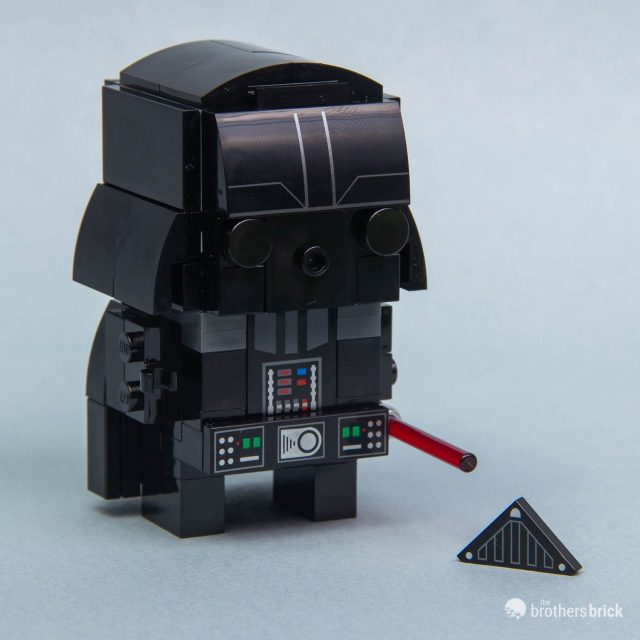 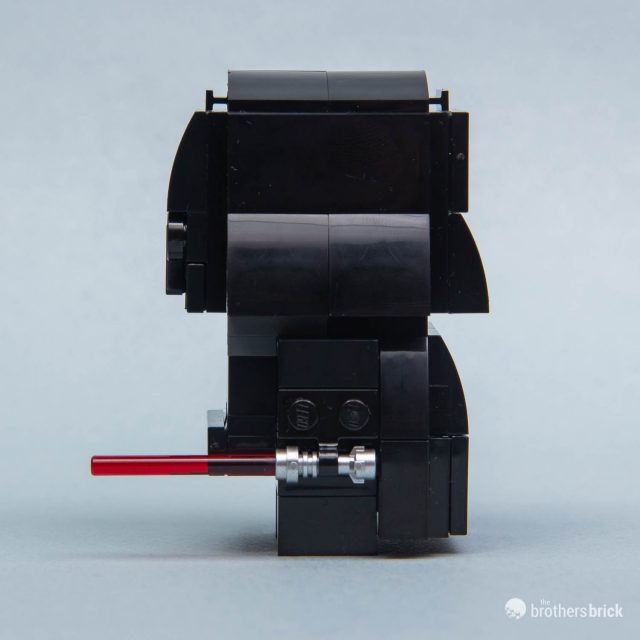 My advice is very simple: You either buy one Vader BrickHeadz and two Stormtrooper BrickHeadz or you better get none of them. Both figures look amazingly great together, and now I’m dying to get one more stormtrooper to place both of them behind Darth Vader’s figure. 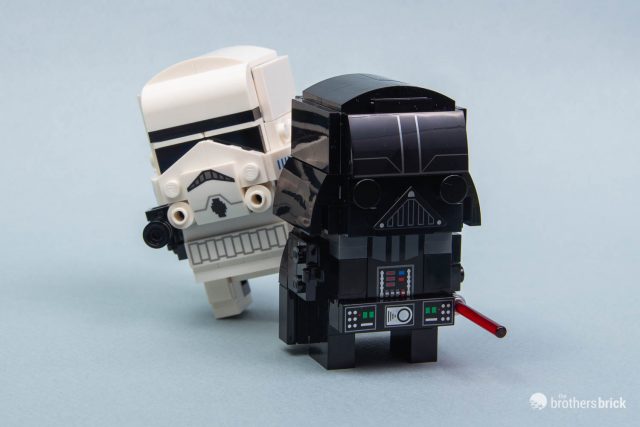 Moreover, I’ve never noticed the playability of the BrickHeadz figures before. These two are funny enough on their own, but once you try to recreate some of the most memorable scenes from the movies, you just can’t help laughing! 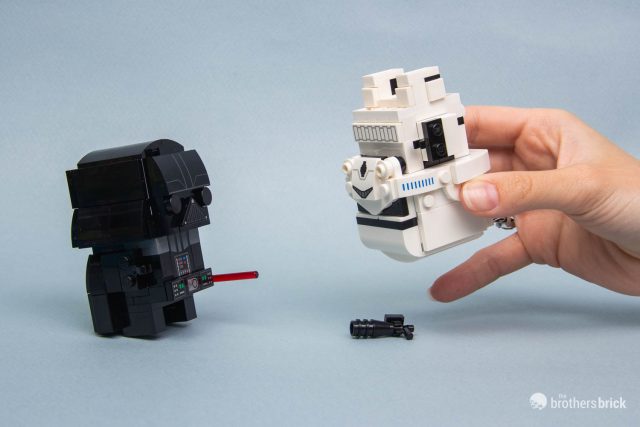 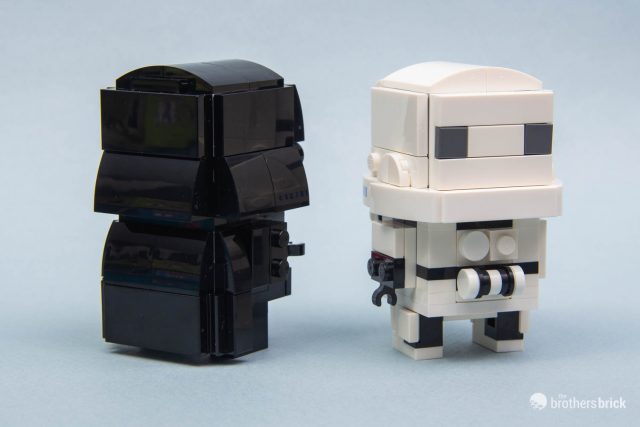