The Brothers Brick cover photo for July 2018 is this amazing Adventurer’s truck by Travis Brickle. Visiting our social media pages this month will take you on an adventure back to the 1990s, when Johnny Thunder and crew explored the remote reaches of the planet, pursued by dastardly Lord Sinister, who will stop at nothing to see the Adventurers fail. Will the brave explorers cross the rickety bridge before Lord Sinister can employ his most dangerous weapon: scissors? 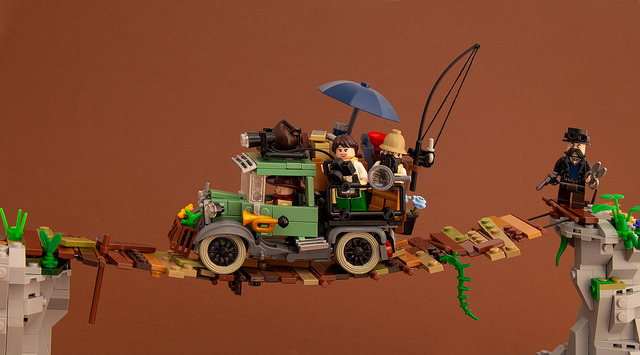 Travis’ truck reimagines the classic Adventurers theme, pairing modern parts with an intricate style to achieve the ramshackle look of this old truck. The truck itself is a masterpiece, with several standout techniques, such as the Speed Champions hubcaps as spokes inside the old 1970s light grey tires, the crane claw as the front fender, or even the black nipple element as a camera lens. I also love how Travis has redesigned each of the characters, utilizing the more detailed minifigure elements that have been released over the past 20 years to bring the characters to life in a whole new way. 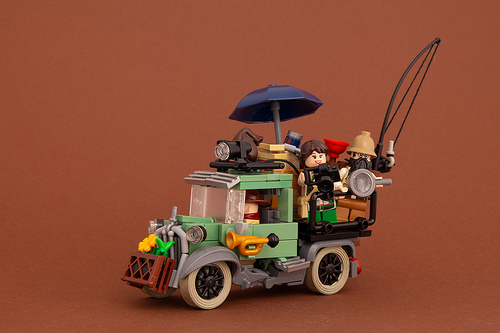