LEGO builder Helen Sham is a huge Nintendo fan, so she decided to combine her loves by building an incredible arcade cabinet completely out of LEGO. Standing more than 5 feet tall, the cabinet features brick-built graphics from the game Mario vs Donkey Kong 2. TBB spoke with Helen, and she’s given TBB an exclusive early look at this amazing machine. 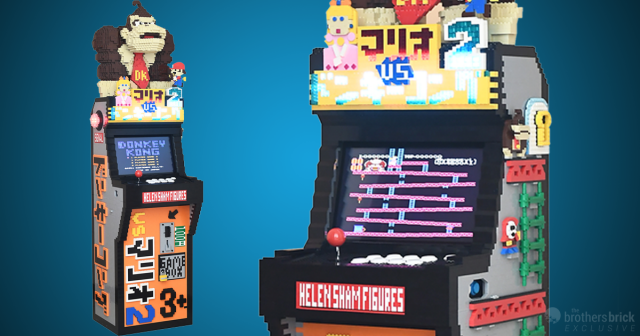 Helen tells us that she sketched out the model first using LEGO’s digital building program, LEGO Digital Designer, which resulted in a design using about 12,000 pieces. During the intense process of translating her digital design to real-life bricks, however, she modified the design and added about 3,000 bricks, making the final cabinet home to over 15,000 LEGO bricks and weighing in at over 65 pounds. 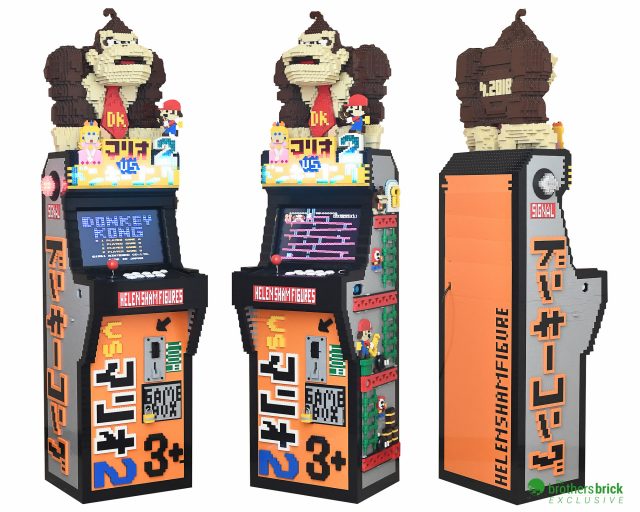 Helen made a short video of the cabinet in action, which really gives you a sense of scale.

The most obvious feature of the cabinet is the huge sculpture of Donkey Kong perched atop the machine. 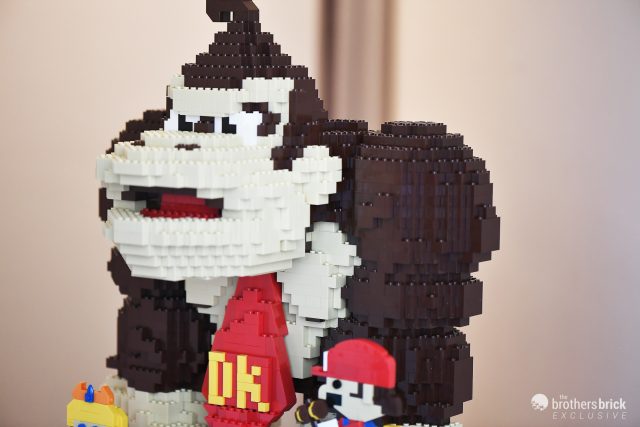 But the sides are no less impressive, covered with brick-built graphics of Mario, Bob-omb, and more. 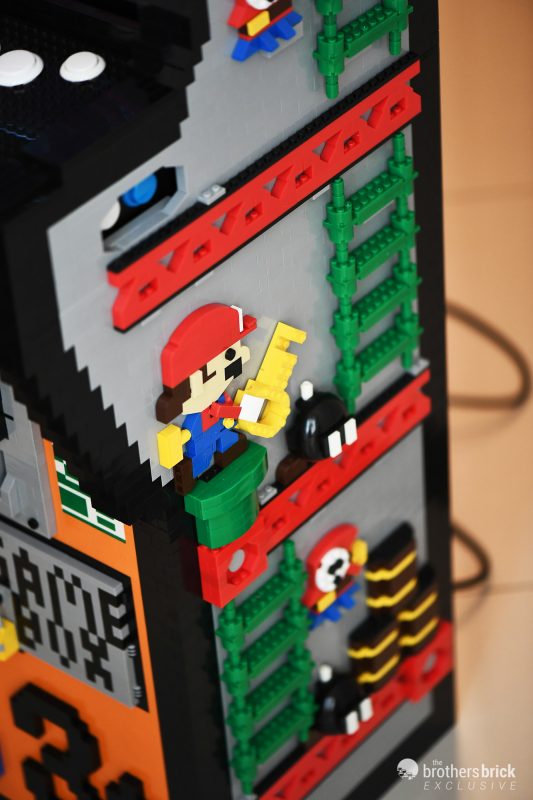 Of course, the first thing you have to do with any arcade is put a token in. The coin trays also open up for service. 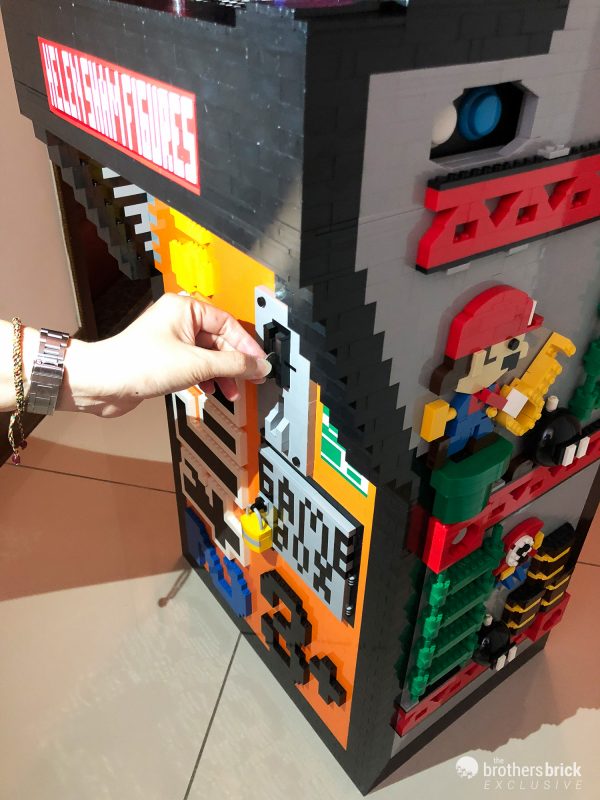 The model incorporates real arcade internals as the only non-LEGO components of the build, including the buttons, joystick, and screen, because no matter how impressive LEGO’s Mindstorms/EV3 robotics kit is, you won’t be able to get a proper video game running on it. 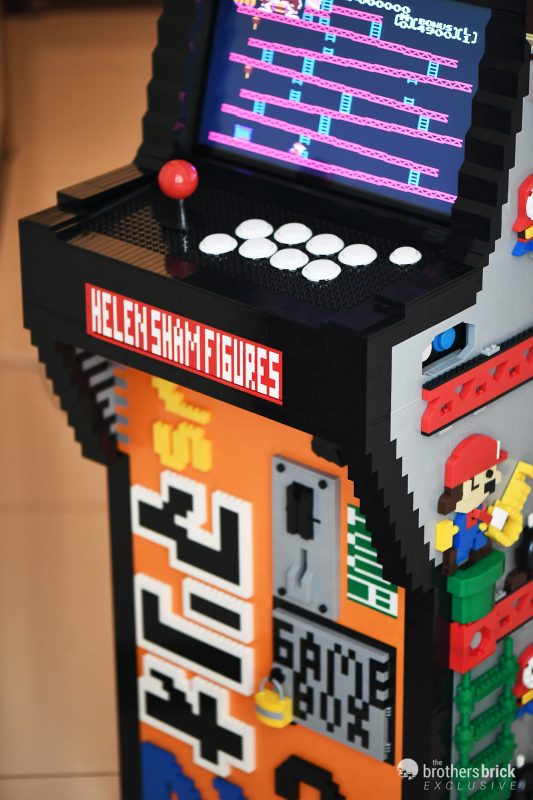 The cabinet hosts numerous elements that light up thanks to transparent LEGO elements lit from within, from the signal light on the cabinet’s side to the super cool logo. 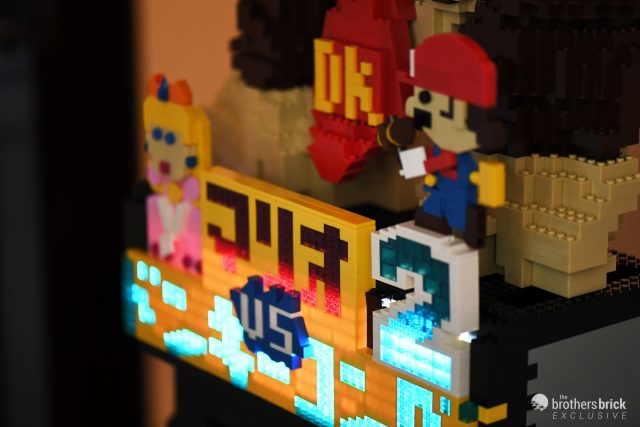 Helen tells TBB that she spent just 6 hours on the design, but over 27 hours assembling the cabinet. She designed the cabinet to be modular for easier transportation. 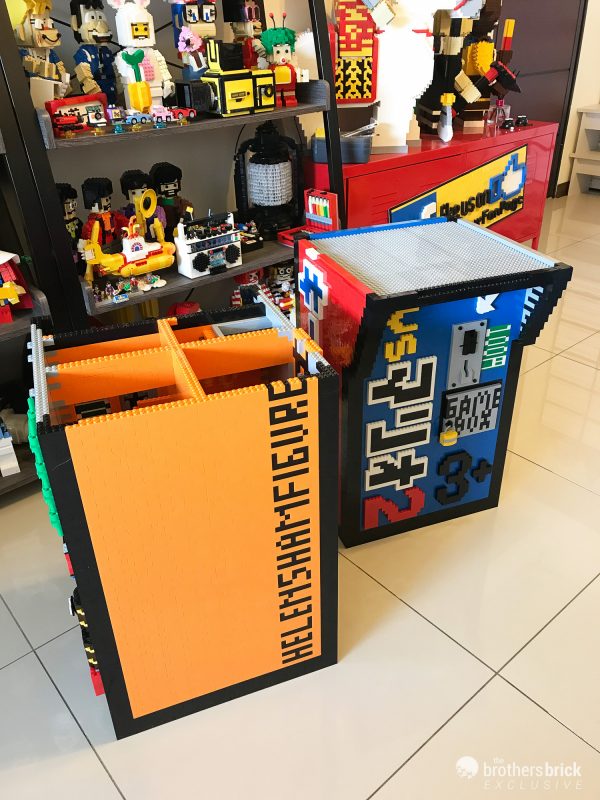 Check out all the pictures of Helen’s creation below, and if you like this LEGO arcade cabinet, also check out this awesome working LEGO pinball machine. 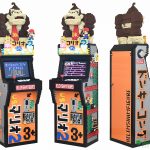 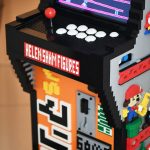 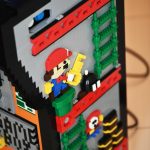 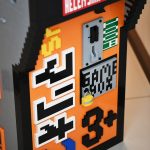 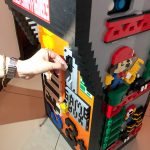 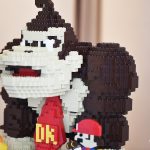 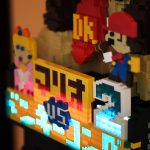 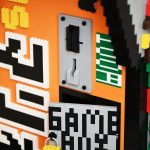 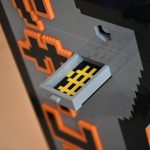 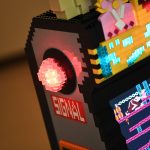 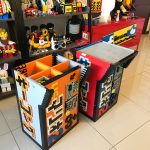 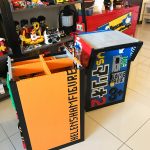 1 comment on “You can actually play this 1/2 scale Nintendo arcade cabinet made from over 15,000 LEGO pieces [Exclusive]”