Most fans build LEGO trains in a scale known as L-gauge, or roughly minifigure scale (somewhere around 1:40 scale). But that wasn’t big enough to capture all the details André Pinto wanted, so he designed this fiery orange engine in huge 1:15 scale, making it nearly two feet long. 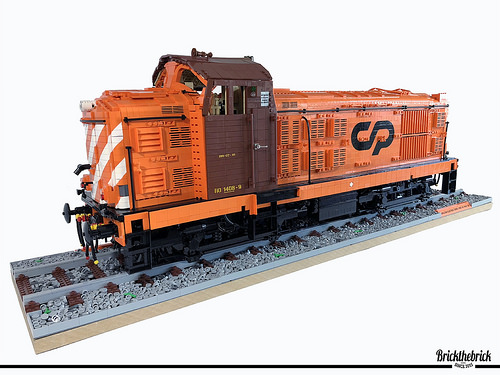 André used stickers to give the engine, a CP 1408, parts of its distinctive livery, such as the white stripes on the front. The engine was used in Portugal in the 1960s. 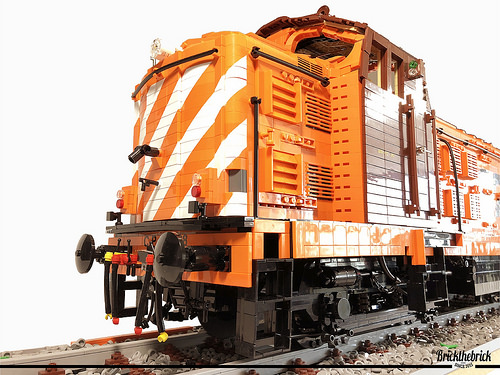 The bogies beneath the engine are far more detailed that we’re used to seeing, since you can fit a lot more in when the wheels themselves are made from 10×10 radar dishes. 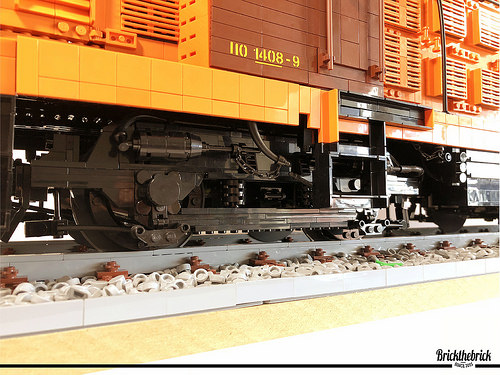 The tracks span 14 studs, and the ties are a full 20 studs long. André says the engine itself uses over 7,000 pieces, and about another 7,000 for the base, which has ballast made of 1×1 round tiles. 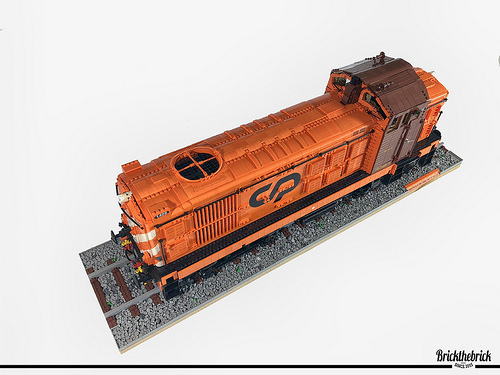