Martin Sanders, LEGO’s Director of Innovation took the stage to showcase LEGO’s integration with Apple’s new revelation of ARKit 2 during the 2018 World Wide Developers Conference in San Jose earlier this week. ARKit 2 is a platform that allows developers like LEGO to integrate shared experiences, bringing together a virtual experienced tied to a physical play set. 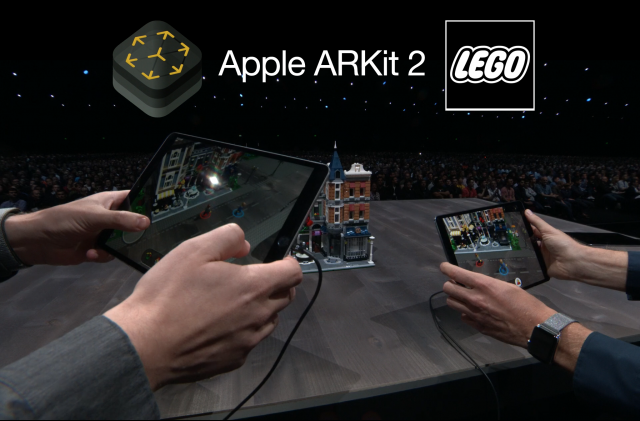 Martin showcased the physical Assembly Square Creator Modular Set as the main centrepiece. The ARKit featured integration into the LEGO Application detected the build and automagically built a virtual version of the Downtown Diner Modular and Brick Bank side by side with virtual sidewalks, grass and roads and other city accessories, combining the digital and physical set. The science behind it is about detecting and tracking where the real physical Assembly Square as a starting point and building everything else around with the capability to continuously track and update all players with the iPad as a navigation window into the virtual world. 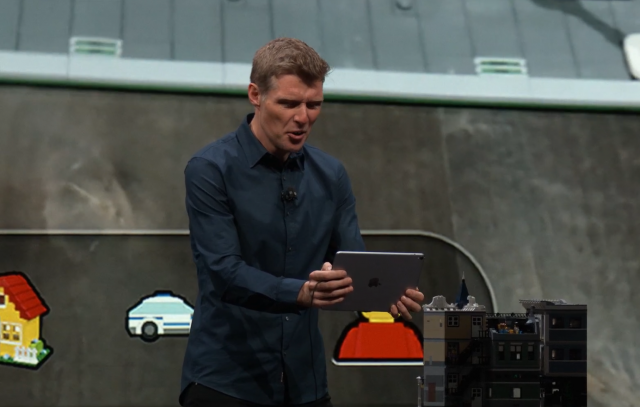 The demonstration featured the ability to drop minifigures and vehicles into the virtual world and interact with other characters that come to life. The player would be expected to complete the gameplay given the pre-programmed scenarios. 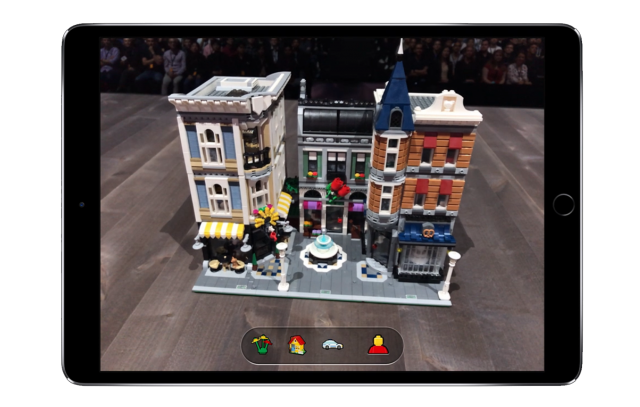 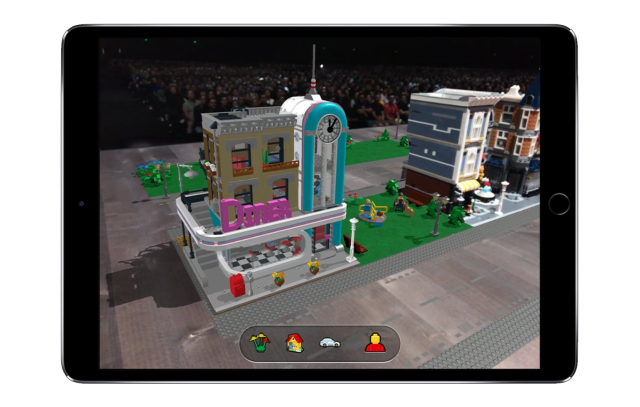 One scenario that came to life was the Assembly Square building catching fire and the player having to react by dropping in a fire truck to hose it down while the other player deploys a helicopter to rescue the minifigures stranded on the rooftop. Actions from one player would be visible to the other player in the same space. Completing the stage would unlock other vehicles in this demonstration. 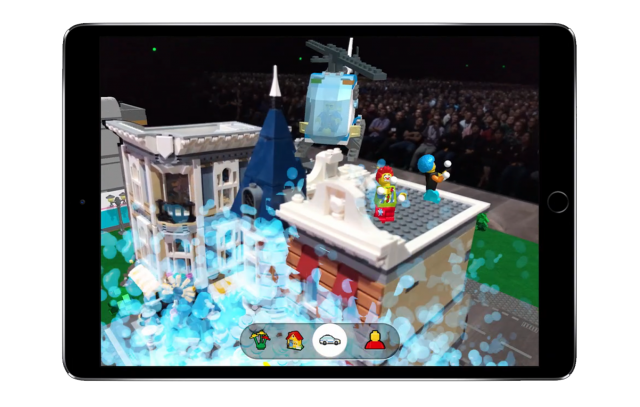 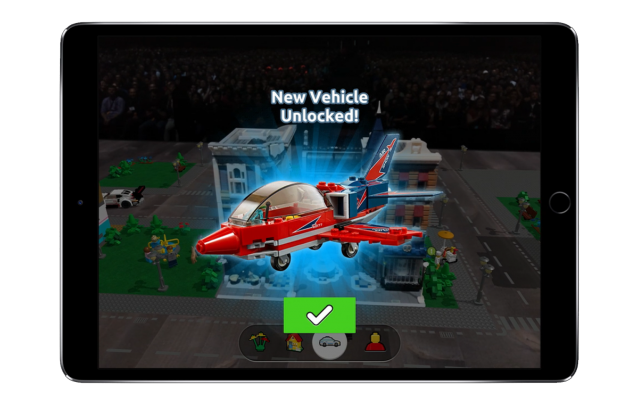 The multiplayer demo gameplay supports up to four players within the same game space. ARKit 2 will be available with iOS 12, slated to be released in the last quarter of 2018, and audiences were told to keep a lookout for more AR integration with LEGO by the end of the year. 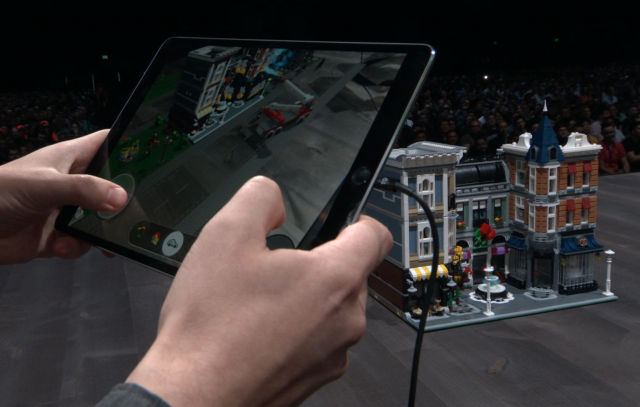 Check out the full 4-minute showcase of the ARKit 2 revelation and LEGO play in this video.