We feature a lot of X-Wings, TIE Fighters, Star Destroyers, and other well-known ships from the Star Wars universe, but rarely do we see the CSS-1 Corellian Star Shuttle, beautifully constructed here in LEGO form by Gamabomb. You may have blinked and missed it, but this ship got a bit of screen time in Star Wars Episode 1: The Phantom Menace when it brought Chancellor Palpatine to Naboo following the defeat of the Trade Federation army. The builder has done an outstanding job capturing the shuttle’s smooth curves and rounded front end. The fact that it’s so rarely seen built from LEGO — unlike some other Star Wars ships — just makes it all the more awesome. 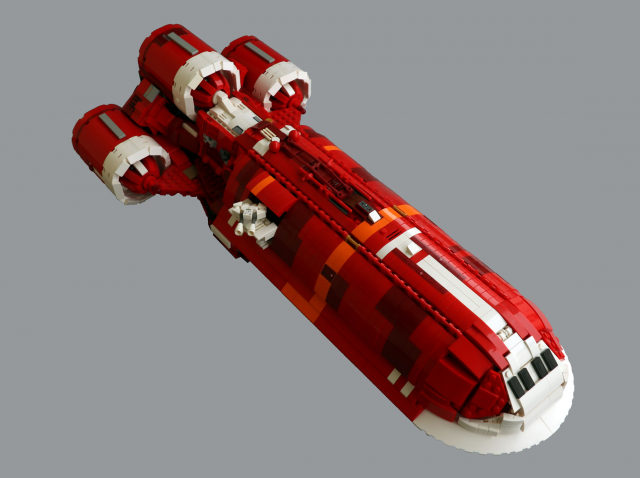 The build features a luxurious interior, with tables, seating, and an office for the high-profile guests it may be transporting. 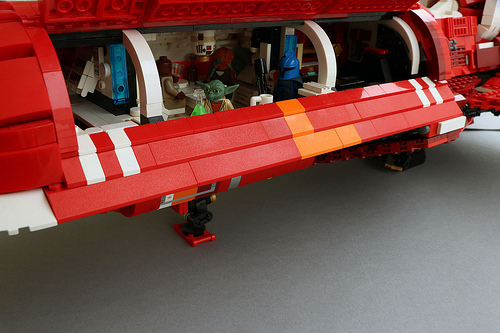 It took some complex shaping to get the rounded cockpit section to look just right, and the builder still managed to include a complete cockpit with seating for a pilot, who just so happens to be dressed the same as the pilots that came with the Official Republic Cruiser set — the only other all-red ship seen in Star Wars. 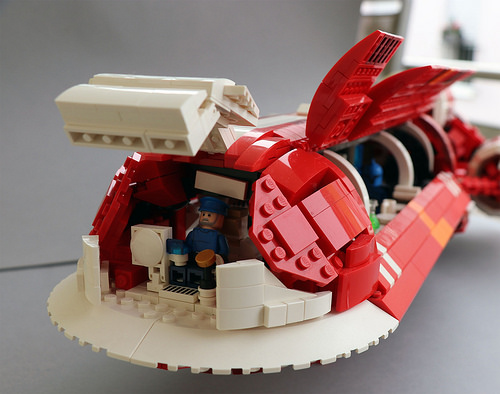 And to top it all off, there’s a retractable boarding ramp, so that Palpatine can exit the ship just like in the movie. 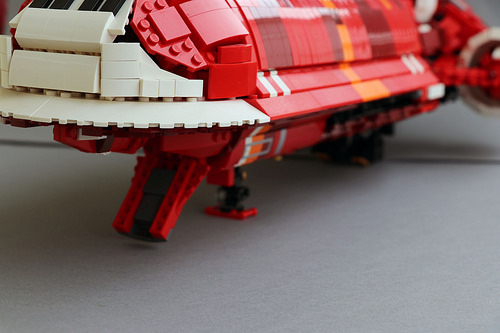