LEGO Certified Professional Prince Jiang has created a splendid replica of Dazheng Hall, a historic landmark from the Northeastern Chinese city of Shenyang. Dazheng Hall is the oldest part of the Shenyang Imperial Palace, which was built in 1625 and served as the home of the Qing Dynasty’s first three emperors. Prince Jiang’s model was built to kick off the grand opening of the LEGO Certified Store in Shenyang’s Joy City Shopping Mall. 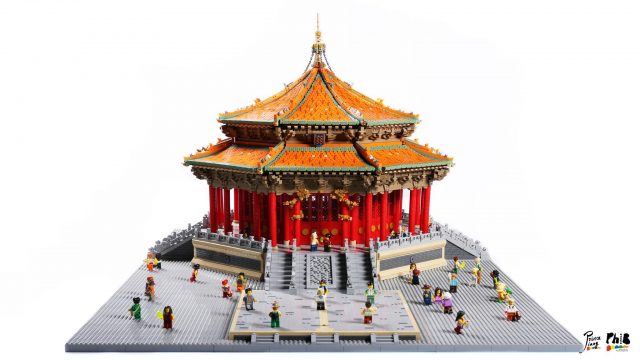 Historic Chinese architecture is renowned for ornate details, rich colors, and roofs that often have sweeping curves. Such details can be challenging to capture in LEGO-form, but Prince Jiang has managed to pull it off. I really like the way he used the natural flex of staggered 1×2 plates and 1×1 round plates to form the curves in the roof. 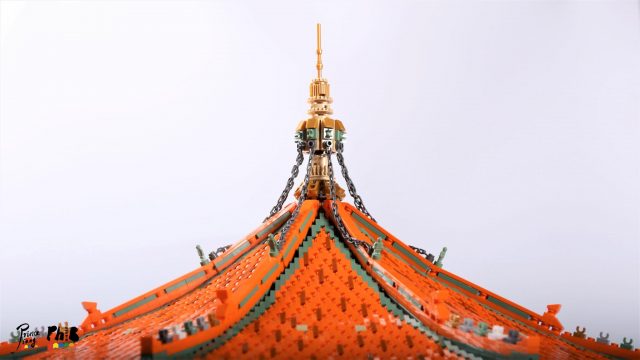 One of my favorite details from the build has to be the pair of pearl gold dragons wrapped around the columns leading to the entrance. The heads of the dragons are especially impressive because Prince Jiang has manipulated just a few tiny bricks to create recognizable facial features, including imposing-looking eyes! 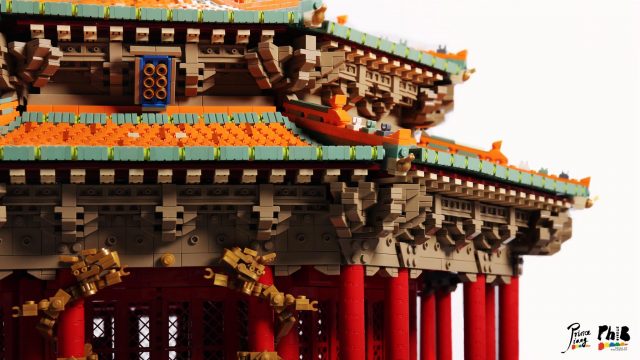 Everything has been built to scale for minifigure tourists from around the world. Plenty of figs can be seen having their picture taken in front of the historic structure. Not a selfie stick in sight, though! 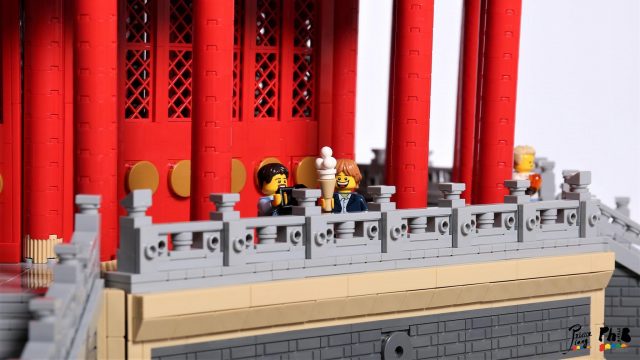 Last but not least, here’s a picture of Prince Jiang (second from left) and his model at the grand opening event. 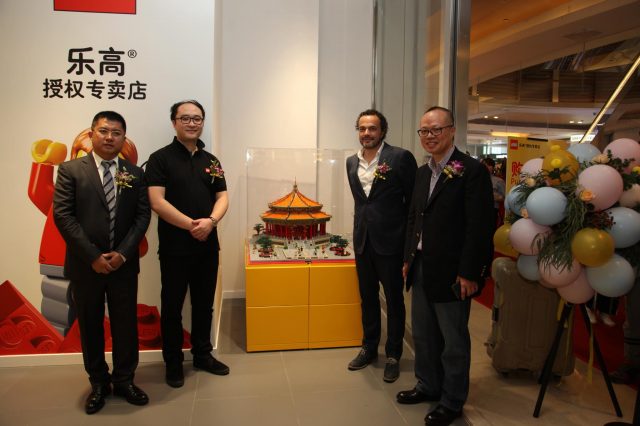