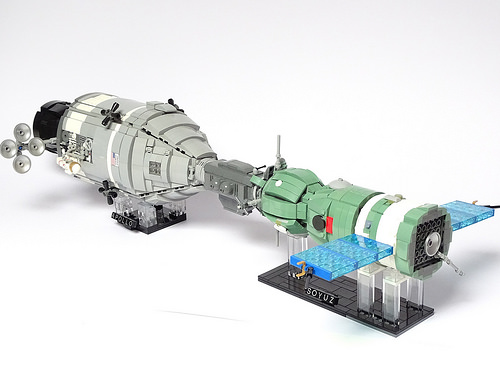 The Soyuz module in particular is worth a closer look, with complex, compound curves and lovely white stripes. The interior is large enough to hold two minifigure Cosmonauts. 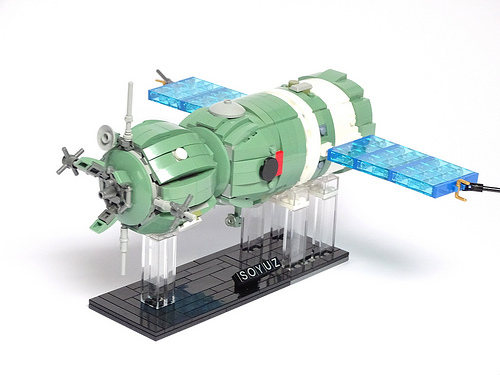 Luis actually built the Apollo CSM a couple years ago for a series of LEGO Apollo creations, including a Lunar Module and Lunar Roving Vehicle or “moon rover”. 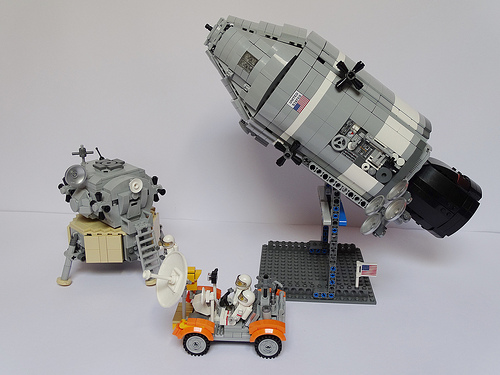