Recreating something faithfully in LEGO can be difficult and complicated, but if what you are recreating is simple, sometimes only a handful of bricks can do the job surprisingly well. Hachiroku24 has recreated two very iconic items from the Harry Potter series and the simplicity of his replicas is much of their charm — just as the stories! 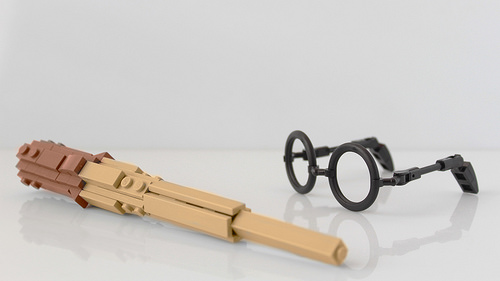 The wand is very simple in its construction, but the builder really captured the shaping of a Potter-esque magic wand. The glasses, on the other hand, use some clever parts, especially the thin tyre pieces as the glasses frames. Holding a life-sized LEGO nostalgic gem like these in one’s hand must feel incredibly satisfying!