More than three years ago Arjan Oudekotte started design work on a new ship model. He then got side-tracked for a bit, building a few other things such as a lovely American themed harbour and a large excavator, while the unfinished ship gathered dust. He still has to add a few small details, but he has now finally posted pictures that show the model in its entirety. 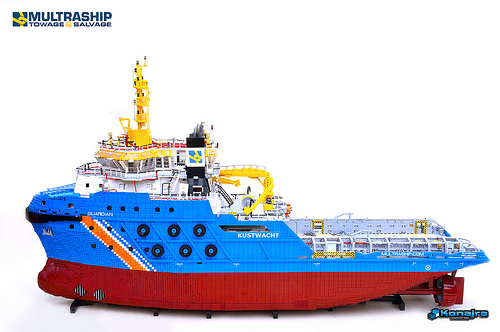 The ship, named Guardian in 2016, is chartered on behalf of the Netherlands Coast Guard for emergency towing operations on the North Sea. This mostly shallow sea has some of the busiest shipping lanes in the world, leading to the hubs such as the Port of Rotterdam. It is also dotted with offshore wind farms and oil and gas installations, so if a ship were to lose steering in those waters, there is a high risk of a collision. The Guardian normally sets out to sea when the wind exceeds 5 on the Beaufort Scale, ready to assist any ships in trouble. 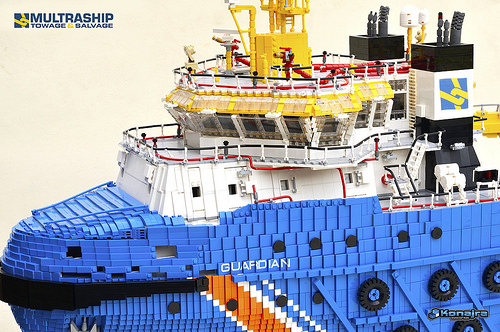 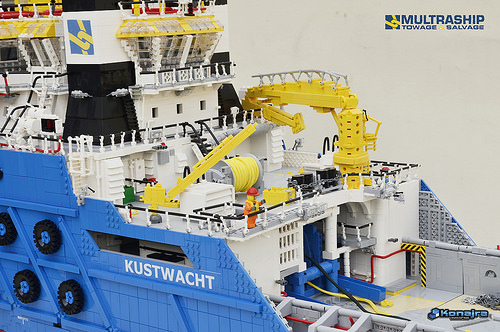 Arjan’s model is 1.65m long, 40 cm wide and 75 cm tall and was built using approximately 40,000 parts. Many of those undoubtedly are tiles, since he built the bow with plates covered in tiles to recreate the compound curves and the Coast Guard striping. 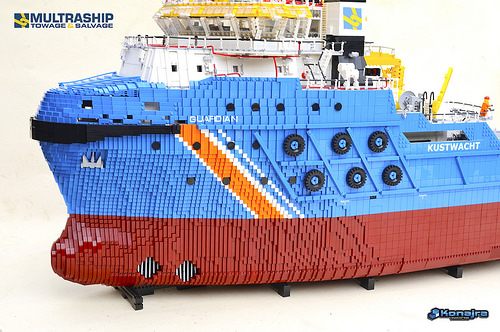 The ship’s berth is in Den Helder, on the North-Western tip of the Netherlands. This happens to be where I work and live and, if the weather is nice, I can actually see the ship’s superstructure from the window of my office. I’ve also had the opportunity to tour the ship a few times, so I can vouch for the accuracy of Arjan’s model. 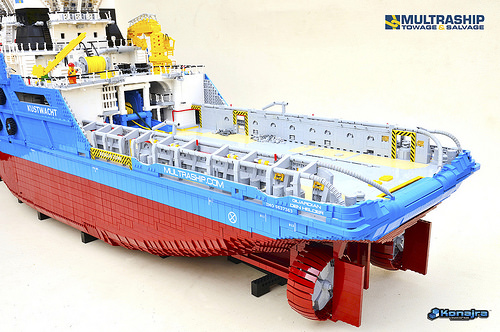