Brickheadz are a fairly common subject here on The Brothers Brick, whether reviewing official sets, sharing instructions to build your own, or showcasing custom creations. Fan-built tributes to this chunky and highly-collectible series are popping up all over, and today we’re featuring a couple of classics built by Andrew Cookston. 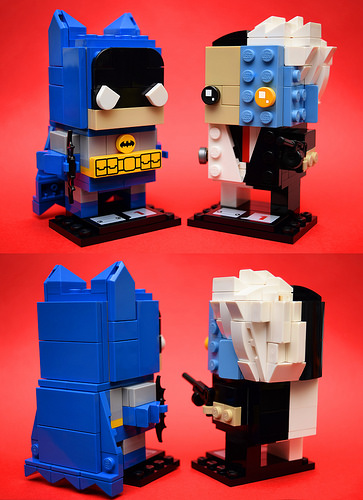 On the left, is Batman from the 1960’s original television series starring Adam West, which made sound effects from printed comics come to life with a bang. On the right, we have Two-Face, a.k.a. former DA Harvey Dent, from the Batman animated series from the early 90’s. Both models are spot-on accurate in their resemblance to their on-screen inspirations.