Motivated by a fictional castle building contest, Isaac Snyder has made a questionable move by recreating the Lichtenstein Castle, located in the non-fictional Germany. Although it might seem like a complete miss on the contest’s rules, it turns out surprisingly appropriate, because the castle in question is not of medieval origin and never served a defensive role. It was built in the nineteenth century from romantic inspiration. 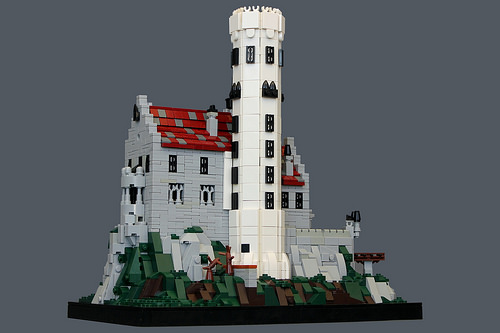 The LEGO version is as much of a work of art as the original. The colours themselves are notable, as most builders are afraid of doing what so many real-life castles do: using the same colour of stone in the castle itself as the rock it is built upon. The mix of dark green and dark brown in the landscape down a bit lower also add a very natural feeling. I love all the parts used throughout the build, from grille tiles and lever bases to 4×4 hinge plates used as crenellations. 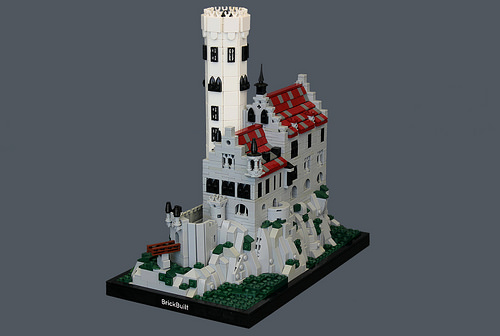