World-renowned theoretical physicist and cosmologist Stephen Hawking has passed away at the age of 76. While his professional accomplishments are well-known (and too numerous to list here), he was also a staple of popular culture, making cameos in numerous television shows and even becoming the subject of a 2014 bio-pic. 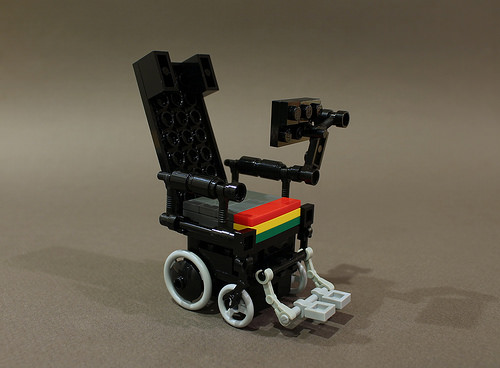 Among the many parodies of Professor Hawking was the LEGO version that I built 11 years ago, which continues to be rediscovered by people across the web to this day. Over the past decade I’ve had fun watching him pop up in mass media, and have also featured him in a variety of comical new situations. And exactly 1 year ago this week, this little LEGO model travelled on the same zero gravity flight that his real-world counterpart had taken 10 years earlier …the event that had inspired me to create this build in the first place. Thank you for allowing us to ride your coat-tails, Mr Hawking; rest in peace, and congratulations on beating the odds and having an amazing life that was an inspiration to us all! 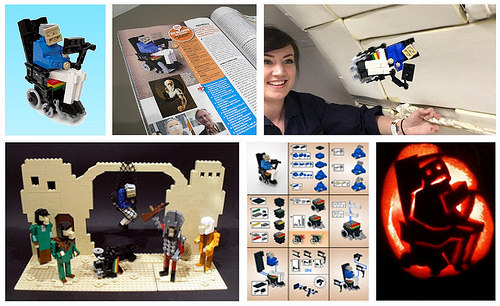