In addition to the LEGO Marvel Avengers Infinity War sets that are now available, an additional four BrickHeadz sets from the upcoming mega-blockbuster have been revealed. They include Iron-Man MK50, Thanos, Star-Lord, and Gamora. 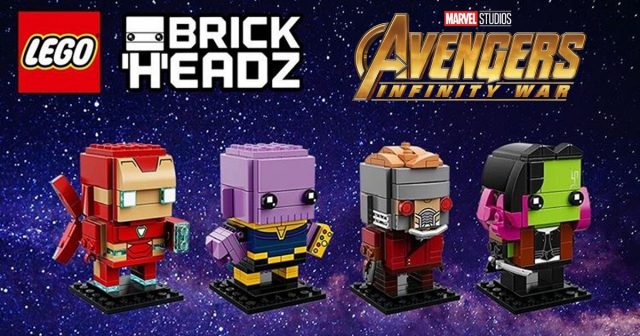 These sets will be available April 1st for $9.99 USD each.

The third iteration of Iron Man in BrickHeadz form comes to us featuring Mark 50, a potentially space-faring suit with thrusters on the back and numbered 35 for the overall BrickHeadz theme. 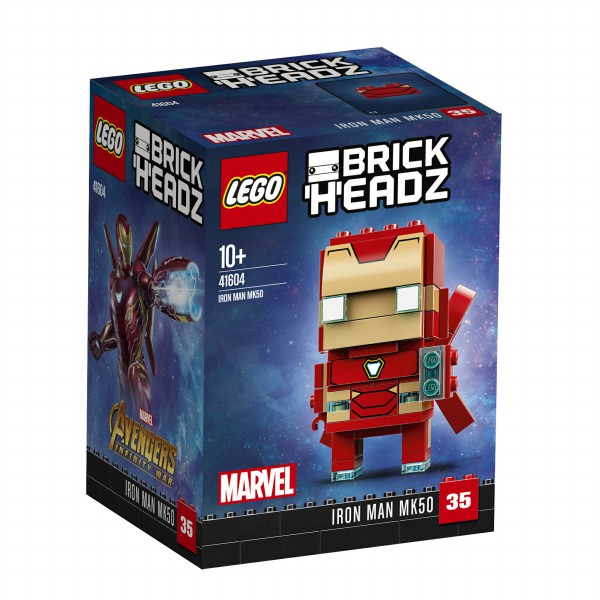 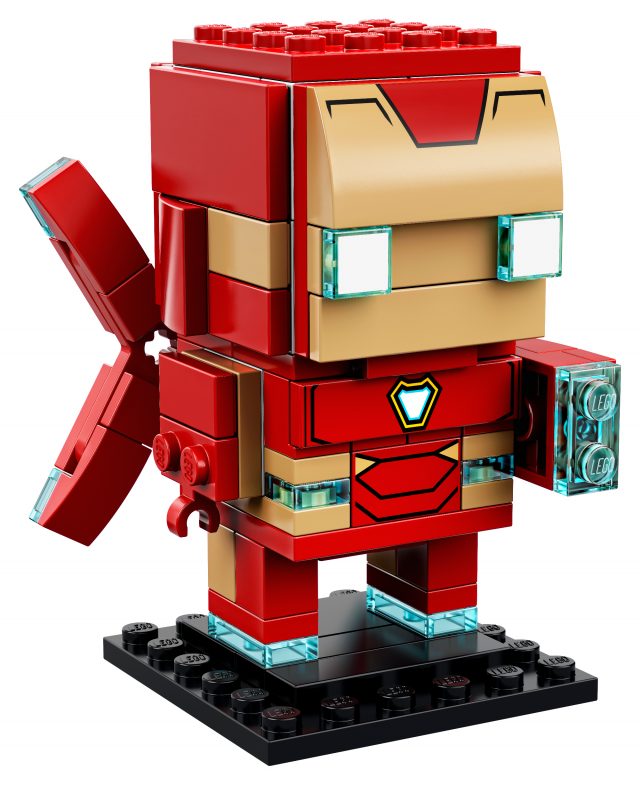 The big purple baddie of the Marvel universe is now in a cuter BrickHeadz form. It will certainly be much easier to collect all of the Infinity Gems when they are printed on a single 1×2 tile included with Thanos rather than chasing them down from each set in the wave. He is numbered 36 in the series. 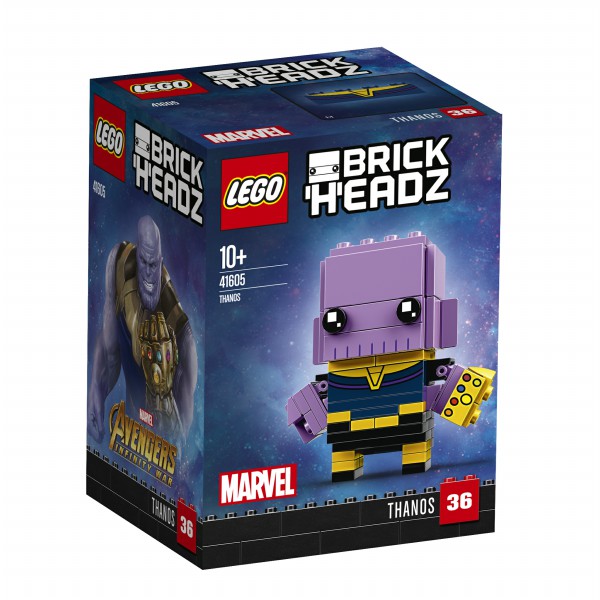 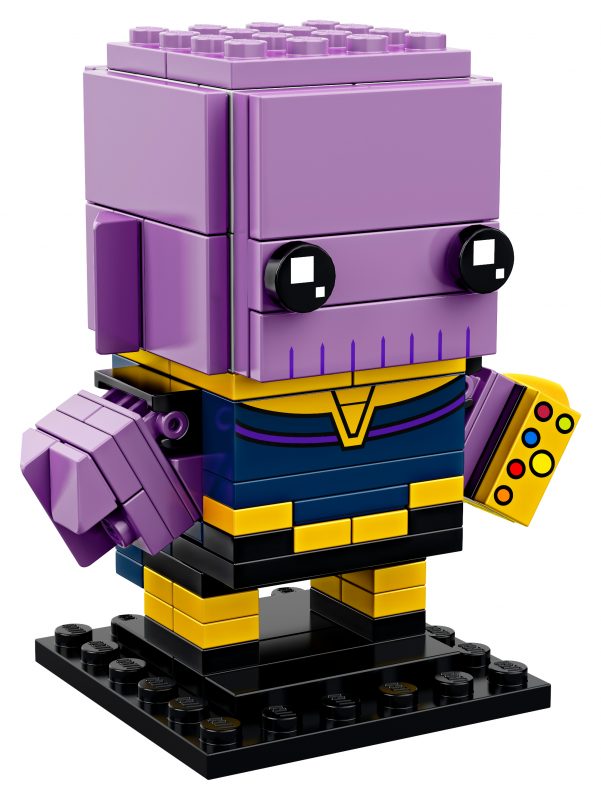 Star-Lord gets a BrickHeadz for the first time, with transparent red eyes on his mask, two blasters in hand, and his boot rockets. His set is numbered 37 in the overall BrickHeadz theme. 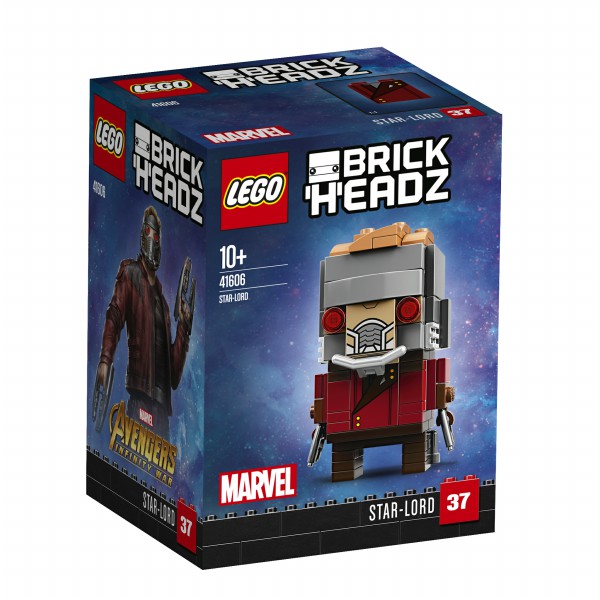 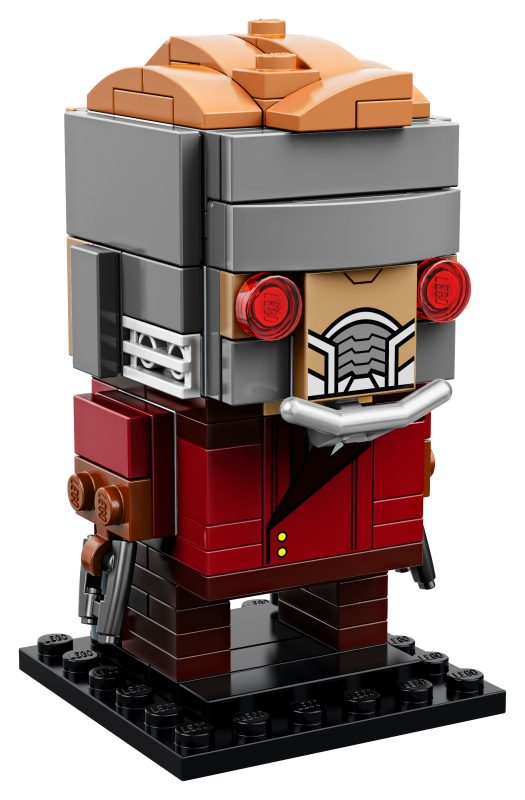 Gamora, the daughter of Thanos, is featured as the last of the Avengers Infinity War BrickHeadz. She is also new to the line, comes with a sword, and is numbered 38 in the theme. 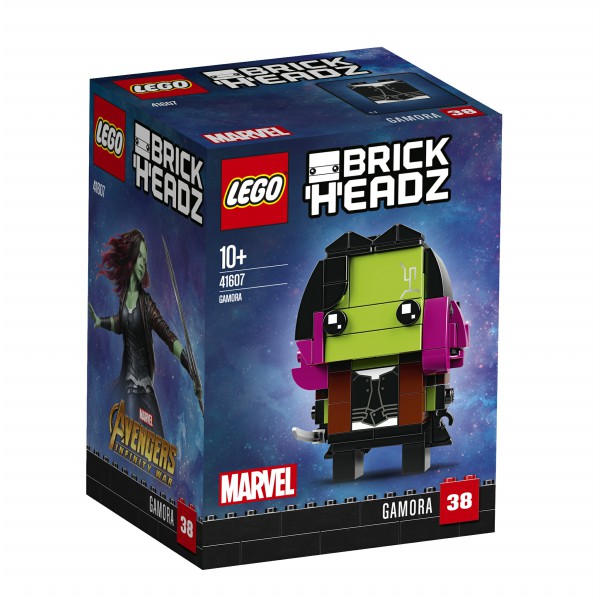 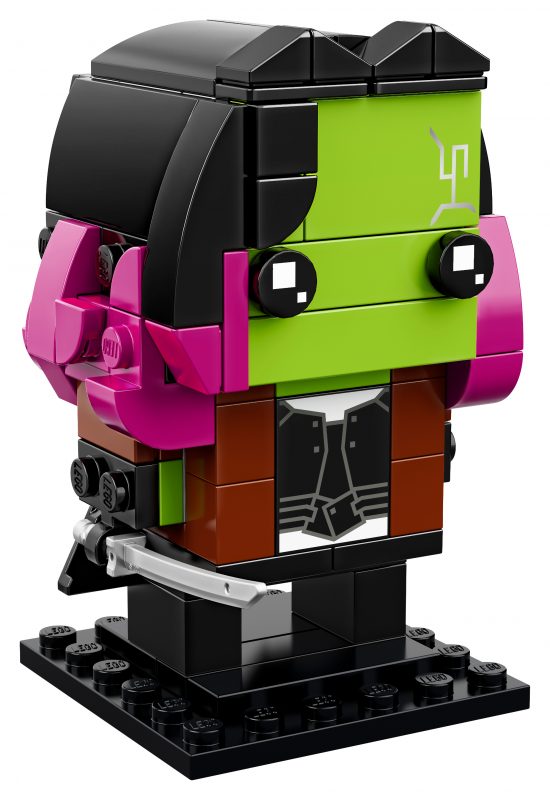 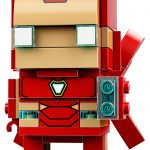 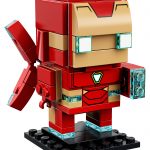 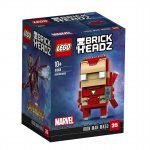 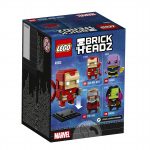 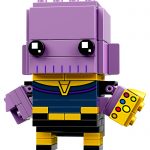 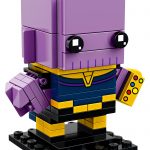 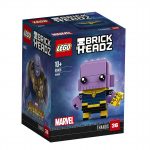 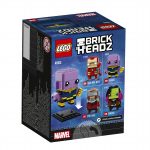 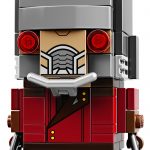 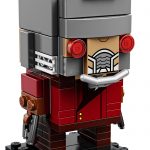 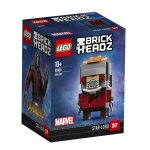 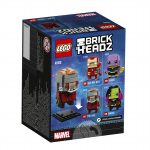 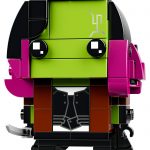 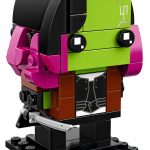 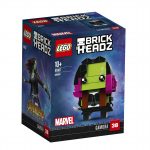 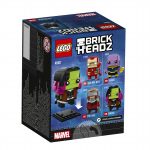