Now here’s a technique we haven’t seen before… using chalk on your bricks. Stephan Niehoff‘s armoured personnel carrier has a wonderful dusty and stained feel. The added weathering pulls all the grey together into a cohesive whole and ensures the brighter-coloured elements fit in by muting their tones. It looks great, but at first glance I thought the bricks had been drybrush-painted like a scale model kit. However, working with chalk means the bricks can be dusted down and re-used. I’m still not sure it counts as a “LEGO-purist” technique, but it certainly adds a level of realism and visual interest to the model. 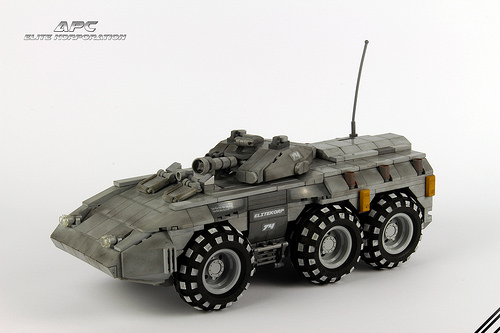 There are some other nice details on display here beyond the use of chalk. Don’t miss the cut tubing around the hatches at the front, and those Technic “half-pipe” connectors poking up along the sides at the rear. I’m also a fan of the functional-looking hatches, and the rear lights — too many builders don’t consider the practicalities of regular driving when they build things like this. After all, even the most rugged-looking rover needs to obey the rules of the road on its way to the battlefield. 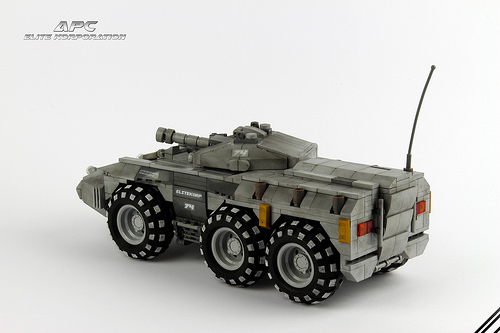