The first word that comes to mind when describing this LEGO swamp scene is atmospheric. Markus Rollbühler has clearly been affected by the dark and damp Danish winter and channelled those dark thoughts when creating this scene The cinematic style is very well done, there are some really fantastic effects – rippling water surface, fog, huge depth of field and the soft lighting.  The scene shows some intrepid explorers paddling towards an orc settlement consisting of houses set on high stilts, it makes for a very eerie setting. 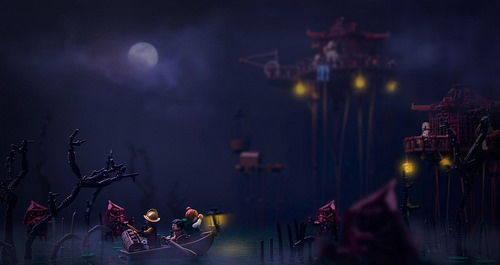 Taking a closer, clearer look at the Orc’s stilt houses reveals some fantastic details. The side panels are made from tracks and the hose stilts look suitably risky as an engineering feat. I love the simplicity of using the curled minifigure whips as a way to hang the lanterns, it’s very effective. 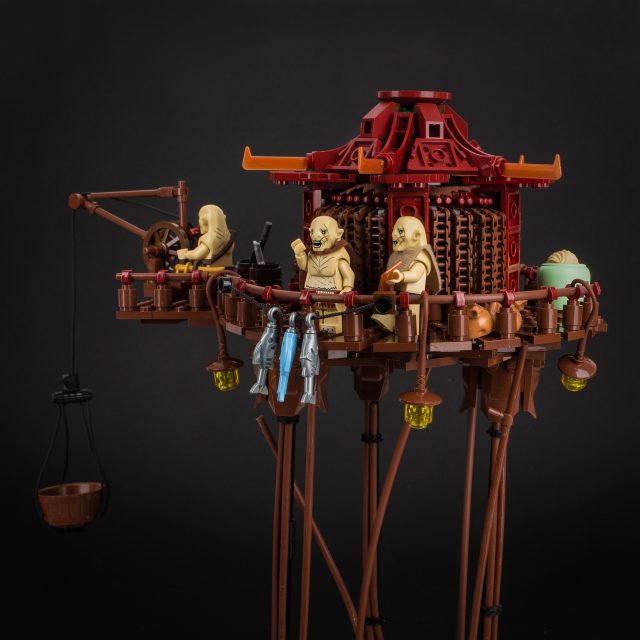 Markus has also offered a clearer view of the rather fearsome looking swamp monsters. He tells us that their design is heavily inspired by Fallout 4 but as someone who has never played this game, I will have to leave that reference to the experts.  I do love the creepy trees and the swords used to depict some rather uninviting swamp vegetation. 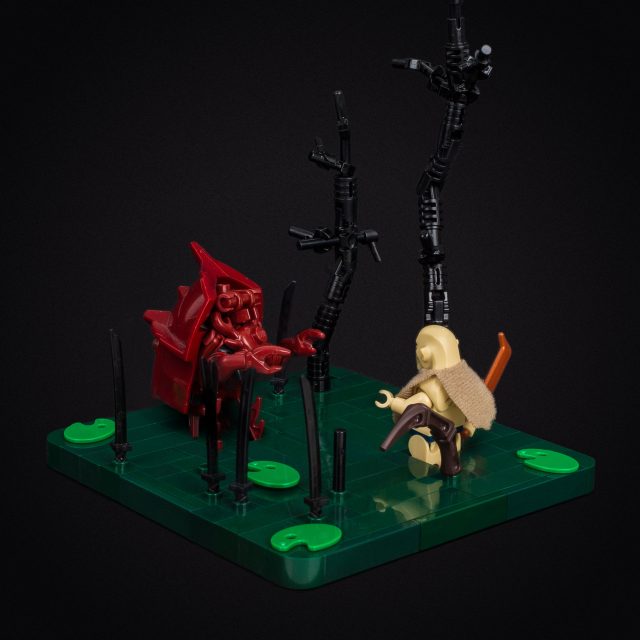