Timofey Tkachev has not only created a LEGO version of Rorschach from Watchmen, but he’s also done so at a large scale. Make sure you zoom in on this build to see how big it really is and how the large plates have been cleverly shaped to make the coat that forms the majority of Rorschach. The large, layered bricks used for the tree give it a lot of depth despite it being essentially flat, and the sign being has some nice lettering work. 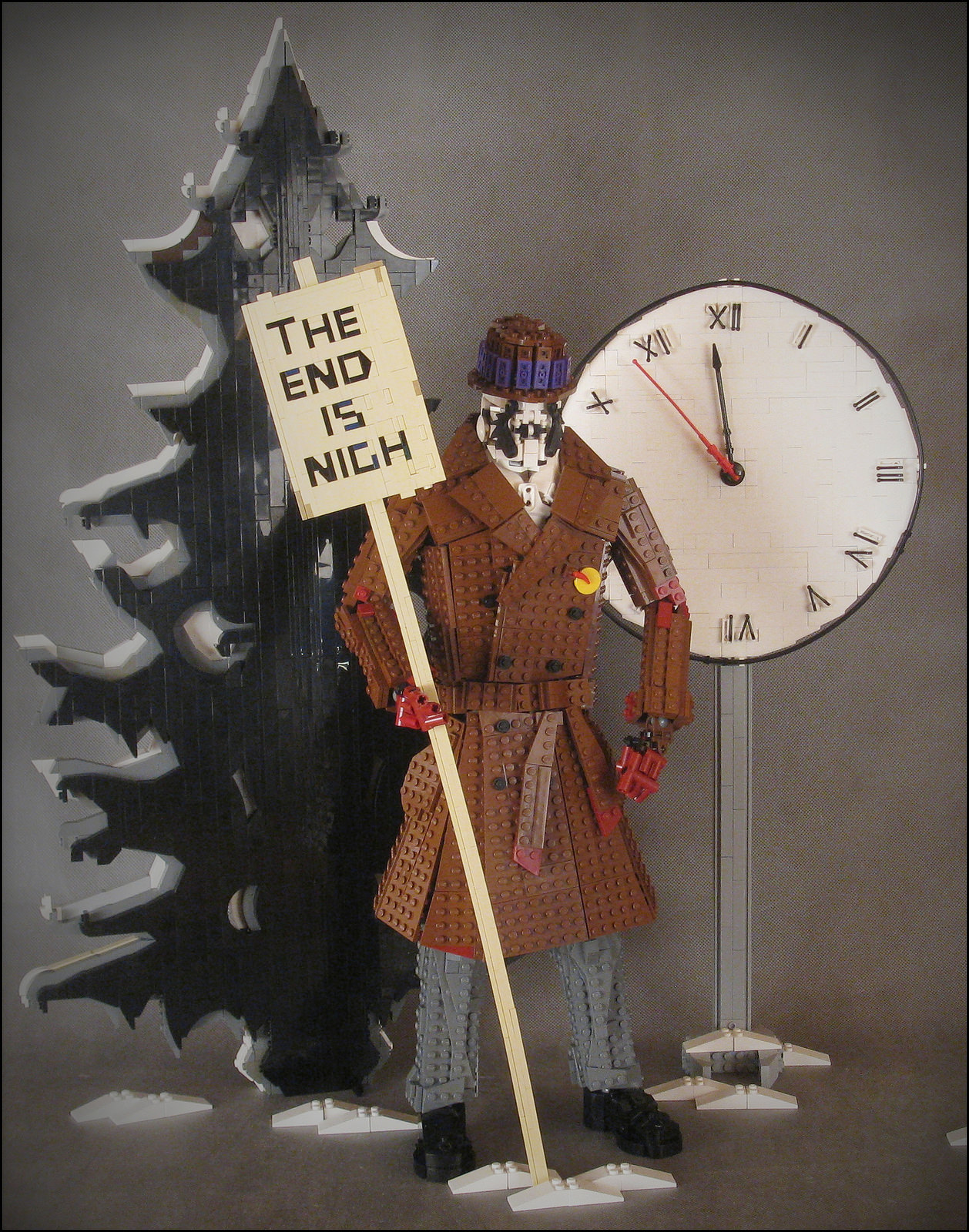 Aside from those large details, there’s a lot of clever little inclusions too. Some constructible character or “constraction” parts are used to create the texture around Rorschach’s neck, the thin clock numbers are actually cleverly positioned lever pieces, and the familiar face pattern uses dragon arm pieces in an intricate build.