What do you get if you cross Charles Dickens’ famous novel, A Christmas Carol and  Tolkien’s novels, The Lord of the Rings and The Hobbit?   Patrick B has answered that question in a series of six creations that show the journey of Denethor as Ebenezer Scrooge. Each of the six vignettes tell a part of the story in beautifully detailed LEGO scenes from Scrooge’s miserable start, a warning from Saruman as Jacob Marley, experiencing visions with the ghosts of past, present and future,  before the final change to a more benevolent man. 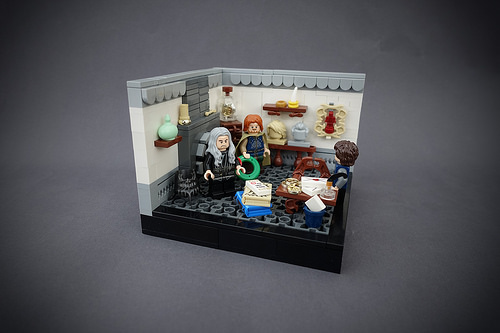 Saruman appears as Jacob Marley to warn Scrooge to change his miserly ways or face a dark future of unhappiness.  I love the clock on the wall and the chair in the corner in the bedroom. 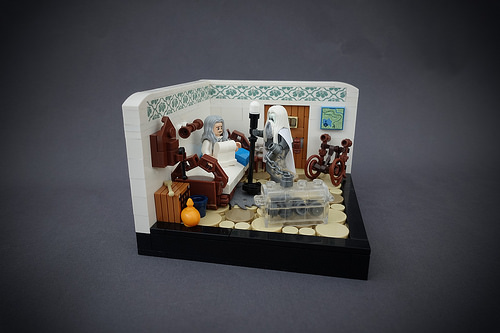 This is probably my favourite out of the six  creations,  depicting Denethor as Ebenezer Scrooge and Radagast with his sled as the Ghost of Christmas Past. The microscale, wintry scene far below the flying characters is fantastic, lots of ingenious parts use in the landscape. 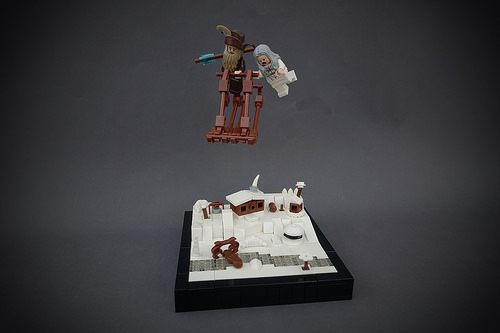 The fourth chapter called ‘The Ghost of Christmas Present’, shows Denethor as Ebenezer Scrooge, Tom Bombadil as The Ghost of the Christmas Present and Frodo as Tiny Tim. There’s a lot going on in this detailed scene, but the various chairs around the table are the highlight for me. 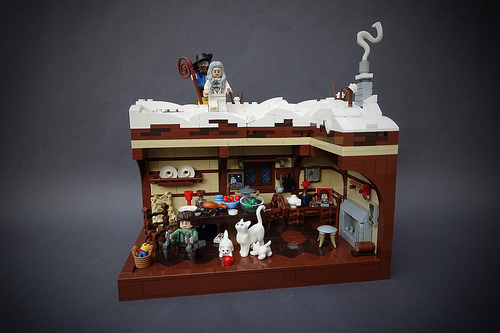 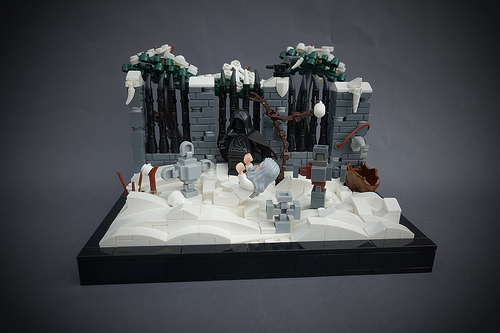 The last chapter called ‘Merry Christmas’, shows Denethor as Ebenezer Scrooge, Pippin as Bob Cratchit and Frodo as Tiny Tim. Scrooge is bringing a big turkey and some presents to the little Hobbit household, thus showing kindness, generosity and bringing the true meaning of Christmas to one and all. 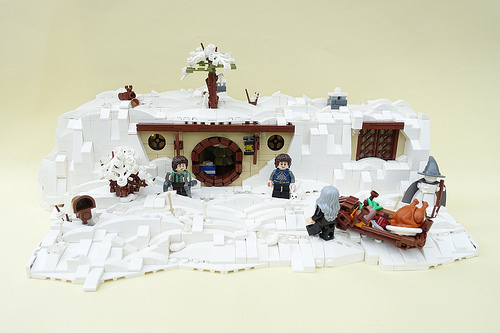