Our friends at LEGO HQ are kind enough to send us each month’s freebies, but it’s not every month that we’re impressed enough with the giveaway set that we review it. This month’s giveaway is 40254 Nutcracker, which you can get for free with orders over $99. It’s available early to LEGO VIP Program members through today, and available more widely with purchases on Black Friday. We think it’s cool enough to take a closer look. 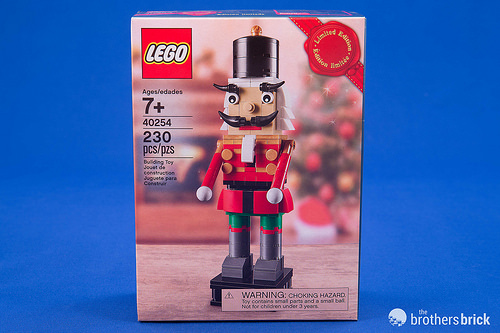 The back of the box shows that you can make the regal nutcracker totally kuh-razy! by putting his eyes on differently. 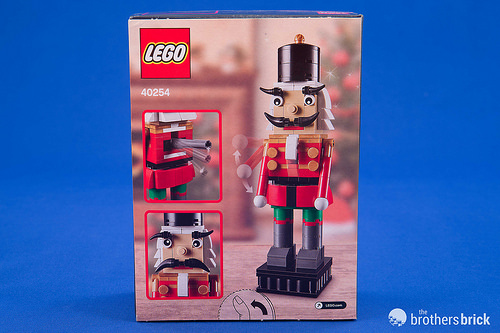 This is a fairly small set, so the parts come in three unnumbered bags, with a thin instruction booklet. 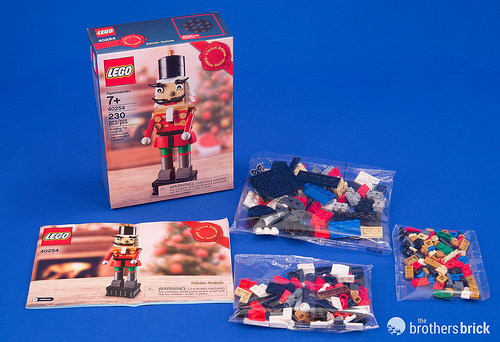 The set includes a nice variety of parts, including a fair bit of pearl gold, though we did notice some inconsistency in the coloring of the gold pieces.

But let’s get to the build, which is why we thought the set was noteworthy enough to cover here. Most surprisingly, the whole figure is built five-wide, with the 2×3 feet standing on the black base with half-stud-offset connections. 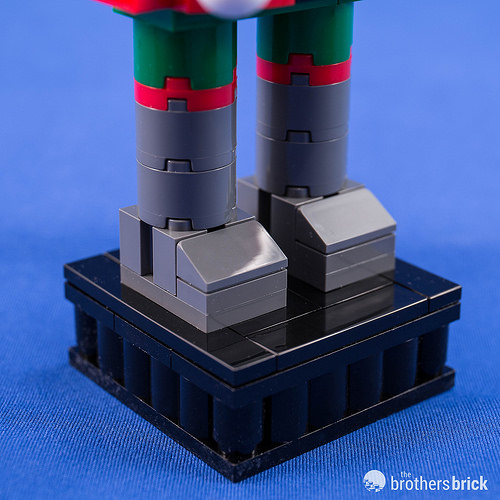 The waist section uses a pair of 1×5 Technic plates connected to 1×1 plates with a pin to reinforce the connection — another interesting use for this relatively new little piece, alongside the inverted window lintels in the forthcoming 70922 Joker Manor. 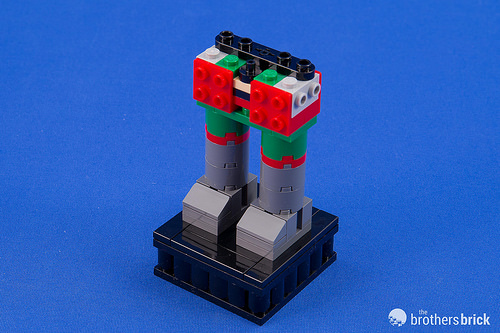 The torso section incorporates the nutcracker’s jaw/beard mechanism, and also ends with a bunch of jumper plates (which in our copy of the set have a highly variable range of pearl gold coloring), enabling the head to set on with more half-stud-offset connections. 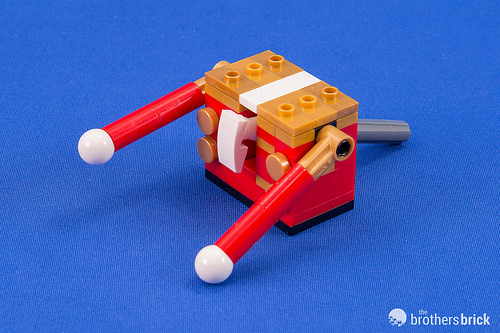 The head has an expressive face with eyebrows, a well-groomed mustache, and white hair attached studs out. The tall black hat has a 4×4 footprint and attaches to the 3×4 head with another set of jumper plates in white. 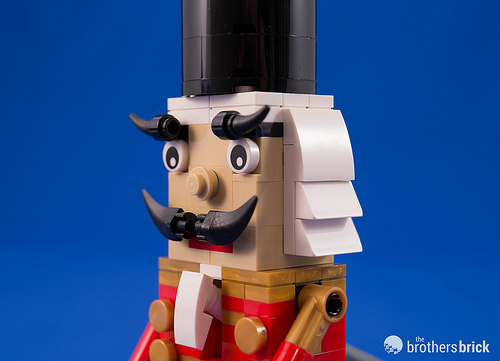 The nutcracker’s Technic handle moves his lower jaw up and down, though I wouldn’t try cracking a walnut with this LEGO set. 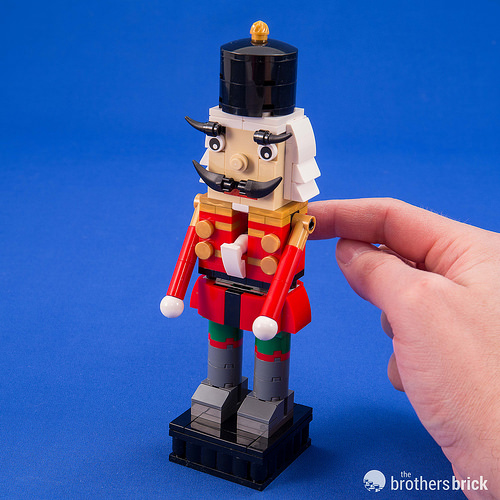 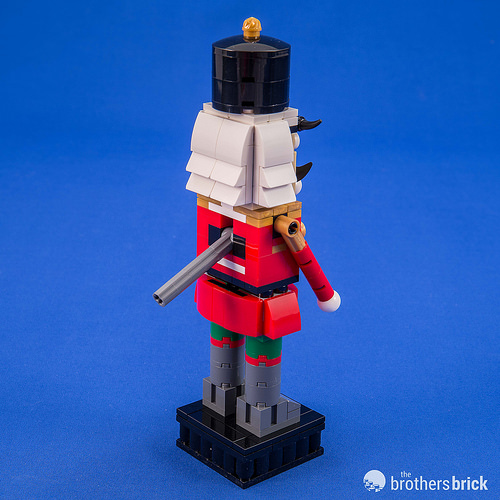 It’s quite a fun build, with lots of studs-out details and odd-width sections attached via half-stud-offset connections. As a display model, I expect to see this lovely figure on many a LEGO fan’s mantel for years to come. 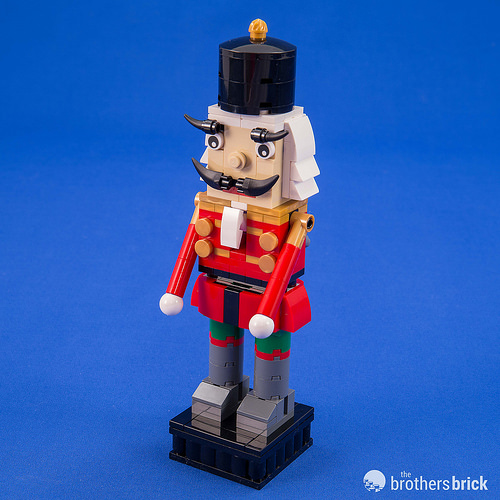 You can get your own 40254 Nutcracker today if you’re a LEGO VIP member, or on Black Friday with a $99 purchase.

The LEGO Group sent The Brothers Brick an early copy of 40254 Nutcracker for review. Providing TBB with products for review guarantees neither coverage nor positive reviews.