If like me, Jonathan Samson, you were a child of the 80’s, chances are higher than a snowflake in the White House that you’ll remember LEGO Classic Space. As long as I can remember I have always wanted my own Classic Space Spaceship, Spaceship, SPACESHIP – allow me to present the Fruit Bat. 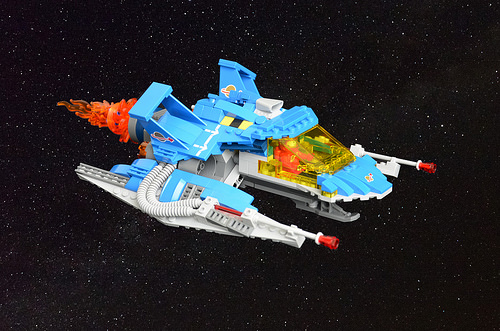 Affectionately named for the Megabat family Pteropodidae – due in part to its stunning manoeuvrability at high-speeds, but mostly because the pilot is a lotta bit nuts.

With its Muskovite Industries V8 Impulsivium Crystal Ion Powered Twin Intake Scramjet Engine, this turbocharged pteropid is… Faster than Warp Speed! More powerful than a Vogon Constructor Fleet! and able to do the Kessel Run in a single bound! I’m certain this little pocket rocket could even outrun an electromagnetic pulse in the blink of a heartbeat. 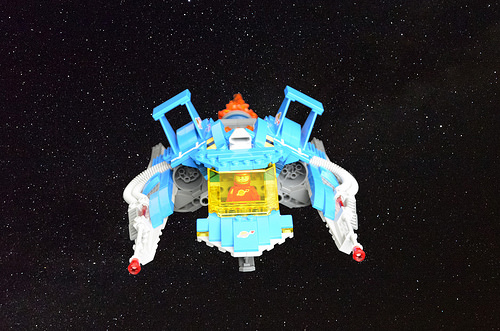 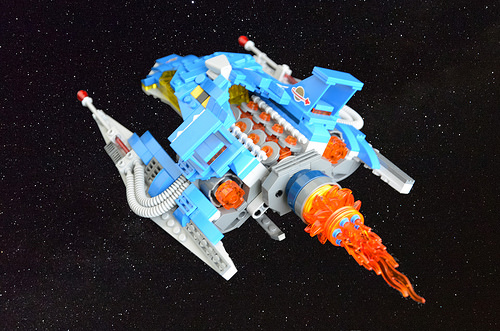 Much like its real-life counterpart, this Supra-light Starfighter doesn’t have too many natural predators, armed with twin state-of-the-art Tesla Coil Guns – powered by the massive engine for an enormous advantage in firepower. Combine its speed and agility with any pilot whose reflexes are up to scratch who has just the right amount of crazy and the Fruit Bat would be a force to be reckoned with.