When tasked with building an insanely long LEGO train component (60+ studs in length or 70+ if permanently coupled), Alexander steamed full speed ahead and he didn’t stop until his LEGO locomotive reached an impressive 98 studs in length! Based on the NSW 60 class (which operated in Australia starting in the early 1950’s), Alexander’s choo choo has two XL motors, working headlights and marker lights, and some rather sleek custom vinyl decals. Not to mention, it’s pretty much a spot-on rendition of the real thing. 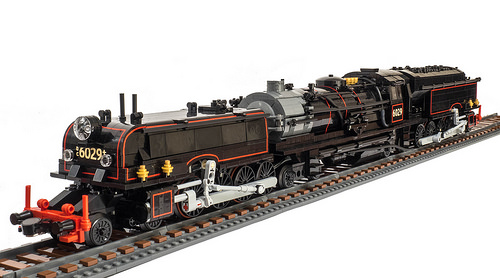 To check out more photos, head on over to Alexander’s Flickr. And for even more super-long LEGO trains, check out OcTRAINber. 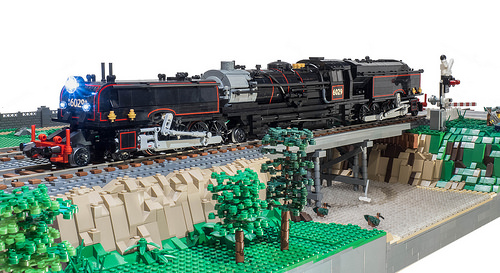