With its sleek fuselage and arrowhead profile, the Seraphim reconnaissance jet by Corvin Stichert seems to resemble the stepping stone between the SR-71 Blackbird and the SSV Normandy SR-1 from Mass Effect. Although the builder had more of the former in mind when building, surely it’s ultrafast aircraft like this that will eventually eliminate the boundary between sky and space. Corvin puts all the curved slopes and wedges to excellent use in shaping the body, resulting in a craft that seems primed for radar deflection rather than merely a little pixelated as a consequence of the bricks. 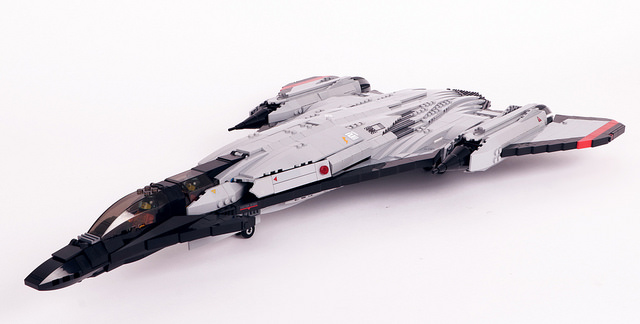 My favorite touch on this model is the realistic, working landing gear and ordnance bays on the underside. 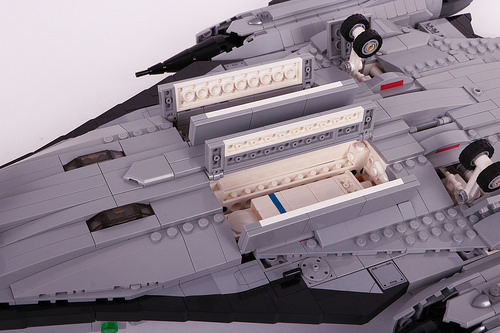 Corvin has also created a full ground crew to accompany the aircraft. Now all it needs is an Area 51 hangar.