In the world of LEGO Ninjago, Nya is the current Elemental Master and Ninja of Water, as well as Kai’s younger sister. Daniel Huang has crafted a large figure version of her using a mixture of Bionicle, System and Technic elements. Daniel has posed Nya slaying the Green Dragon, with her samurai sword plunged deep into the head. The clever use of tyres and tracks within her leg structure contrasts with cloth robes and some ample CCBS assets for a unique blend of styles. 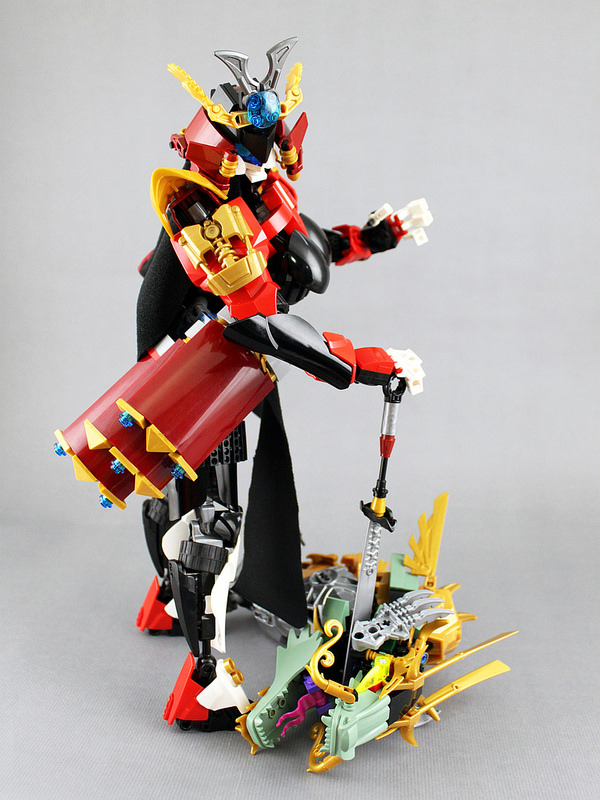 Contrasting with her dragon-slaying pose, Nya also has a clear feminine side, albeit with a few weapons in tow. I particularly like her head, as it’s well constructed with her helmet, and she gives off a ton of attitude in ABS. 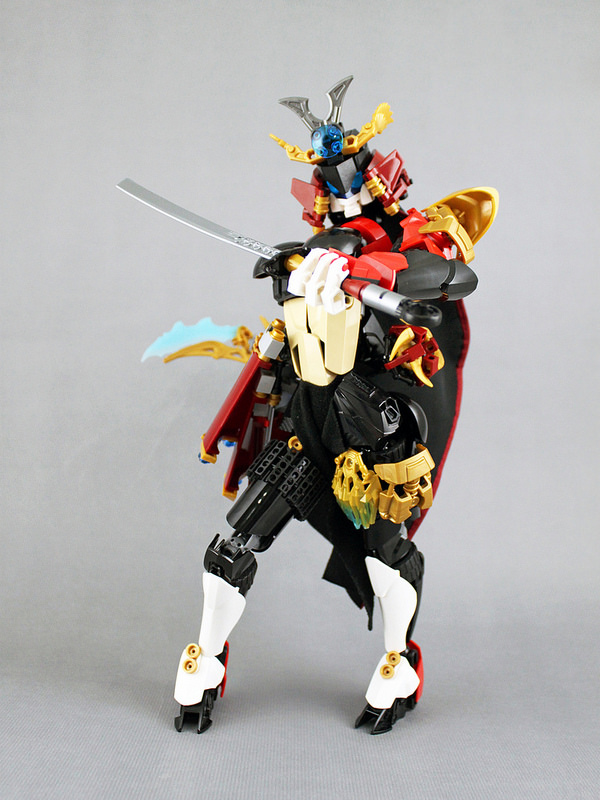