There are a few things that make a LEGO model stand out if executed particularly well – life in motion, and organic shapes. This build by Timofey Tkachev does both well, with this killer whale in an iconic breaching display. It is strange to know that to date, we have little knowledge on why whales perform this elegant dance of the waves, with only guesses on what it could mean. We still enjoy their majestic maneuvers nevertheless – and find ourselves amazed by it not only in real life but with this cleverly constructed jump that almost seems to be defying gravity. 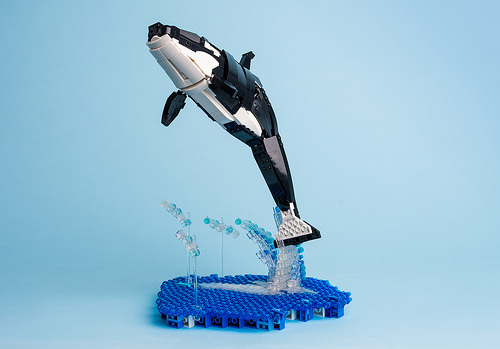 2 comments on “Grace and elegance of an orca whale breaching”