Besides bringing some of the most hilarious Batman adventures to the big screen, The LEGO Batman Movie also teased us with a glimpse of an enormous collection of Bat-vehicles stored in Bruce Wayne’s basement. It’s sad we didn’t get a chance to see a Bat-Space Shuttle or a Bat-kayak in action, but some other loveable gems of the collection are already in toy stores. 70916 The Batwing, with 1,053 pieces, is just 400 pieces smaller than the gigantic 70916 The Ultimate Batmobile, and retails at $89.99, which makes it the second largest set of the summer wave. 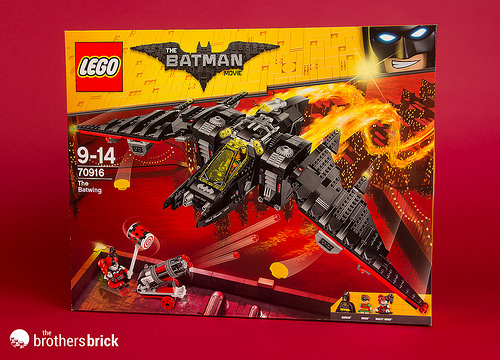 The back of the unusually spacious box depicts the model’s functions, however scarce they are. Despite a dozen smaller illustrations, very soon it becomes clear there isn’t much one can do with the set. 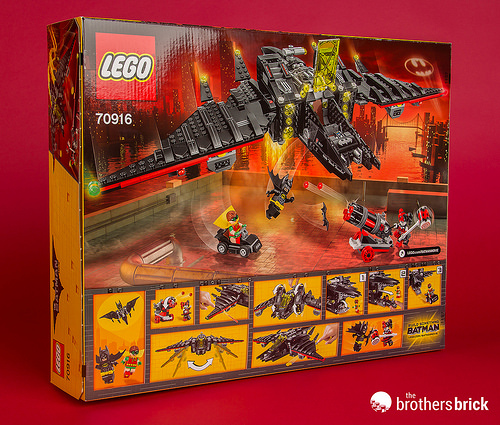 The box has 7 medium-sized bags plus 2 smaller bags, of which bag number 7 (which can be seen right beside the instruction booklet) is oddly empty, containing just a yellow windscreen and a handful of tiny pieces. 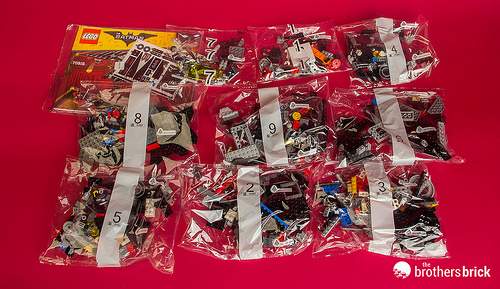 The LEGO Batman Movie sets are heavy with stickers and the Batwing is no exception. Good news: there are no transparent-clear stickers at all, but this is the first time I’ve come across doughnut-shaped stickers with a hole in the middle. These are dark bluish gray rings in the upper right corner of the sheet marked with number 3. 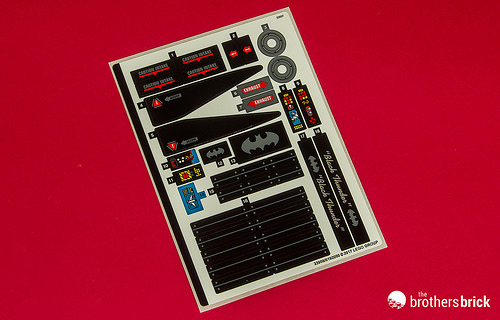 The instruction booklet is a large-format book. Ideal for younger fans of Batman. 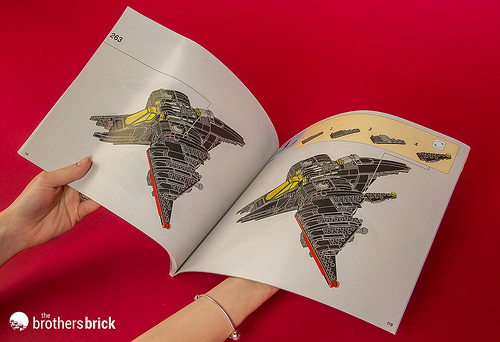 The LEGO Batman Movie theme owes much of its success to its minifigure designs. But this time there are only three main characters. And while Batman and Robin are painfully familiar, Harley Quinn makes a début in her new dazzling outfit. 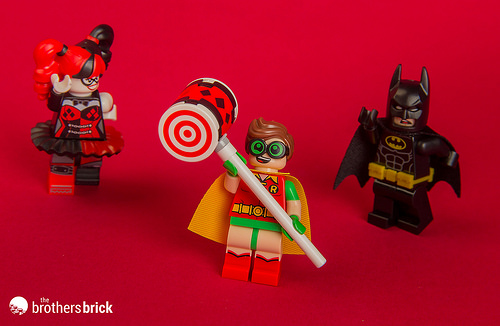 Of course, it’s not the first time this charming villainess graces us with her smile; now her collectible and her roller skating versions are joined by a brand new outfit — a tantalizing corset with an elegant black bow tie. 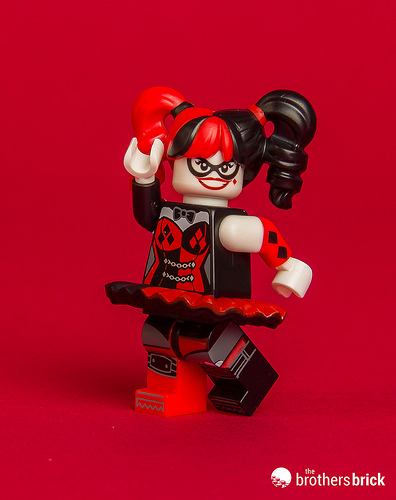 Harley’s version of the ballerina’s tutu is the first time the piece is produced in two colors. Actually, it doesn’t matter which way you put the tutu on — it goes perfectly with the rest of her black and red harlequin pattern. 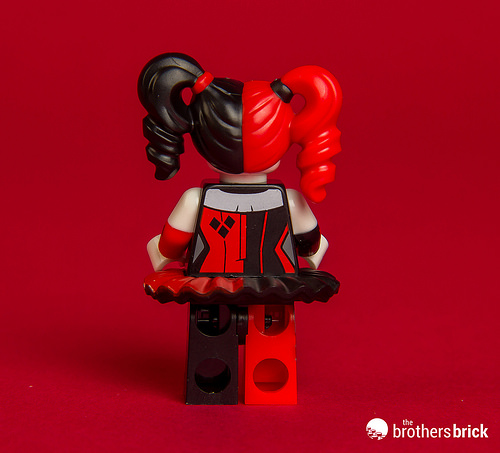 Even though Harley’s eyes and smile are her main weapon, the set won’t be complete without a couple of accessories from the wrongdoer’s arsenal. Both a hammer and a gigantic cannon look enormous next to a minifigure yet don’t feature any unique building solutions. 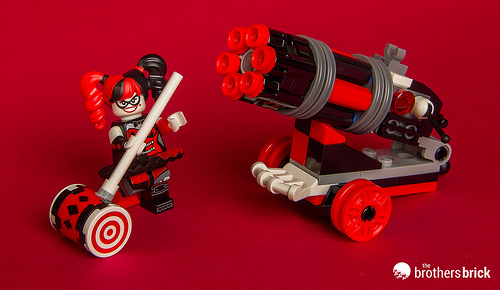 On the other hand, both accessories once upgraded would look great among some crazy circus props. 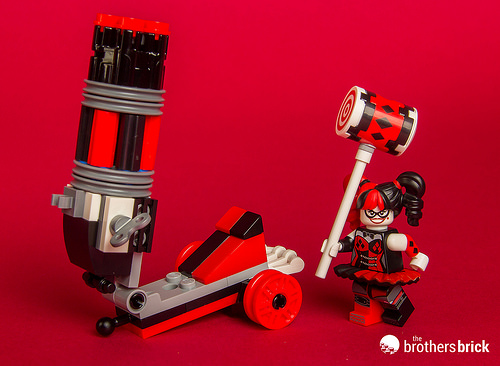 We have no idea how poor Harley ended up alone fighting a massive Batwing, but she’d better have a couple of aces up her sleeves. The aircraft’s body is a solid build featuring tons of brackets for side panels and, of course, numerous stickers. 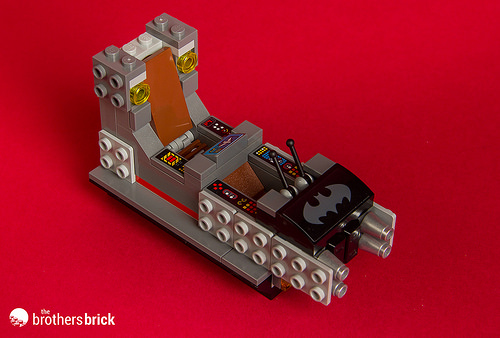 Luckily, there are no transparent exterior stickers in the set. For instance, the “Black Thunder” label is designed on a black background, which looks much better on black pieces than transparent stickers do. To my surprise, as I noted earlier, the set included a couple of circle-shaped stickers with hole a in the center (you can see one on the picture below applied to a round 2×2 tile with hole). I have no idea what the reasons behind this specific design of the stickers are, but applying them is a complete nightmare. There’s no way one can successfully align the center of the sticker with the center of the piece when none of them, well, have no center! 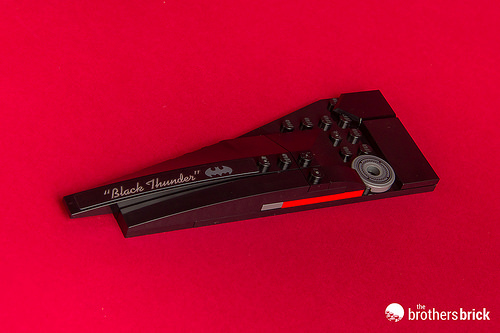 Pretty soon the body of the Batwing is almost finished. You can easily notice pieces of bright colors inside the build, which actually do a great job of guiding younger builders especially when the instructions may seem unclear due to tons of black pieces. 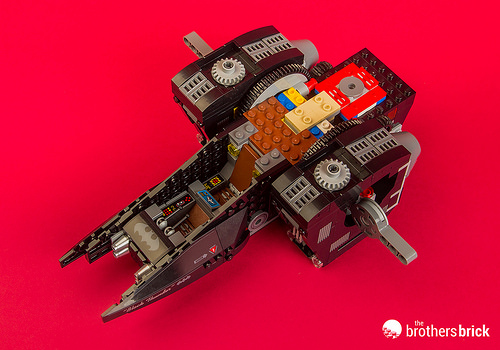 Almost immediately you can try the main play feature of the set – huge rotating turbines. I must admit, this is a surprisingly simple, yet impressive feature. 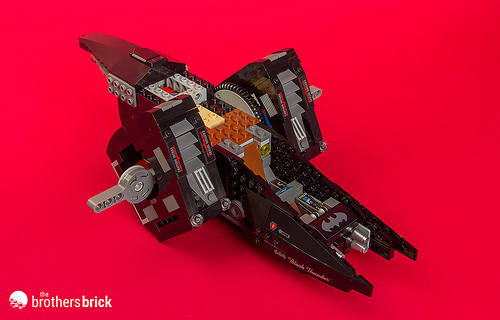 One of the best thing about the model is the amount of greebling on its top. Here are slopes, gears, grilles, bars, droid arms – you name it. It’s so good to see that the LEGO set design team have decided to go with some resourceful solutions instead of covering the body with just slopes and tiles. 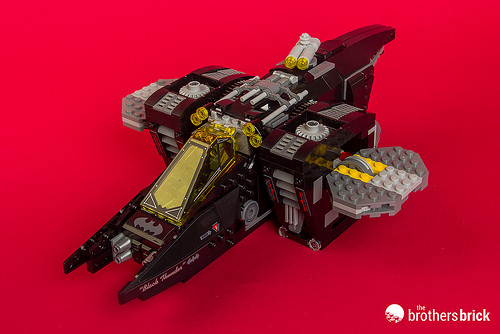 Like any other Batman vehicle or aircraft, the Batwing features an excessive amount of spotlights, especially on the bottom of the engines. No way Batman’s enemies can hide in the dark of Gotham City’s alleys. 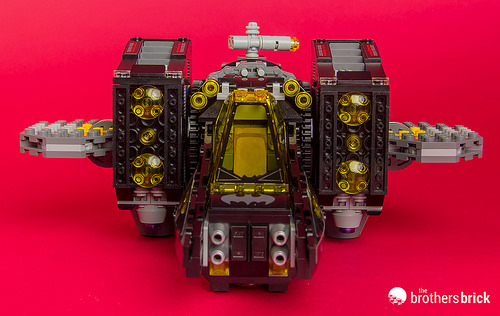 The most questionable part of the model is a couple of thin, surprisingly week wings. Their overall design is rather appealing, but the structure isn’t even half as robust as the Batwing’s body. 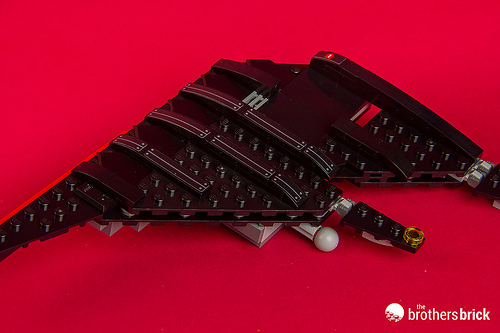 Each wing carries a disk launcher, which basically is a great play feature, yet poorly executed. Massive 4 x 6 Technic frames beneath the wings completely spoil the model’s smooth appearance. Moreover, the way a shooting dart is exposed at the end of a wing doesn’t make things any better. 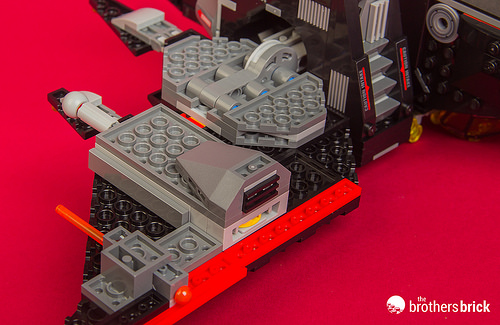 So, if you don’t want any unpleasant surprises, try not to look under the wings. Although, any other angle is highly recommended. 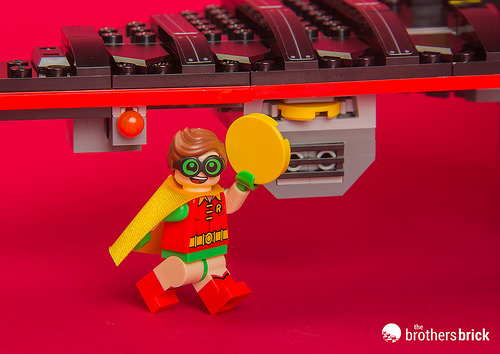 Numerous scenes can be staged either around the cockpit… 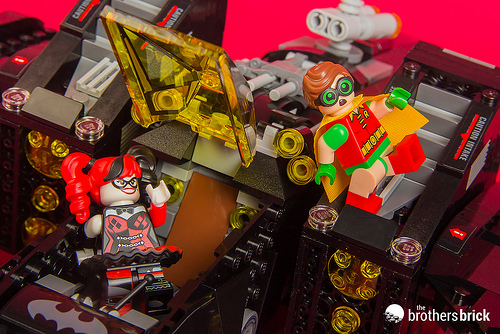 …or on top of vast wings. 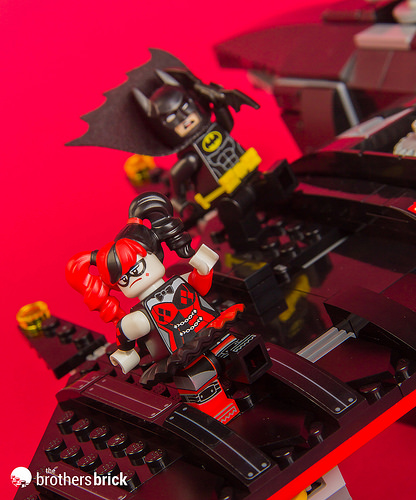 Stored inside the Batwing, a tiny go-cart is a small, sweet touch for such a menacing aircraft. Unfortunately, it isn’t equipped with a stud shooter or any other kind of weapon, so all you can do with it is helplessly drive around the battlefield. 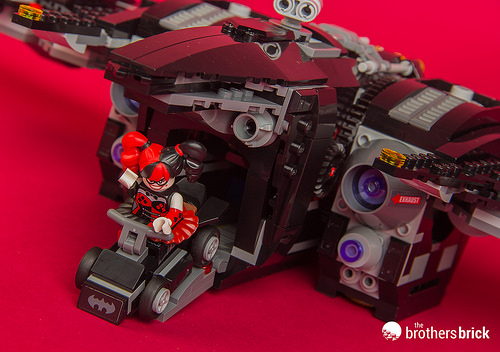 The Batwing can be landed with its wings aligned downwards, which is the most spectacular options providing there are no landing gears. On the other hand, I won’t recommend doing so as the model is quite heavy and both wings will stat under stress. 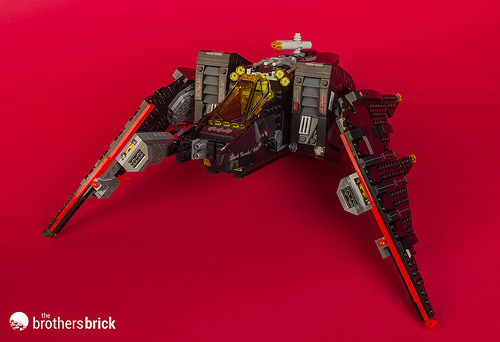 Just like ane other huge Batman Movie set, the 70916 Batwing serves its one and only purpose well — a toy for any child to grab and fly around the house making whooshing sounds. It’s large, robust and offers a couple of truly cool features – like fully rotating engines. Of course, it’s design isn’t flawless, but in this case it’s not something children may dislike about the toy. And if you’re a collector, the new Harley is a solid reason for this set to be your next purchase, not to mention a great variety of plates and slopes in black, which also make the set totally worth its money. 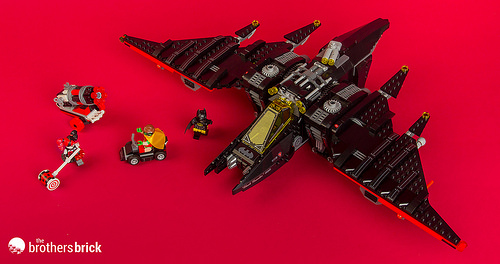