Usually when writing about my own creation, I would take the opportunity to share some insights into my building process and what it takes to build something as large as this mountaintop abbey. Instead, I feel this creation is an example of how color, texture and composition can be combined to maximize the aesthetics of a build, especially one of this size. Like almost all of my builds, there are no crazy new techniques, and no unusually nice parts usages (NPU) to highlight. Besides building the interior supports and the two round roofs, there was nothing exceptionally challenging about the construction of this creation. However, I think its straightforwardness enhances rather than detracts from its beauty. My inspiration came mostly from ancient Eastern European churches I visited while briefly living in Budapest. 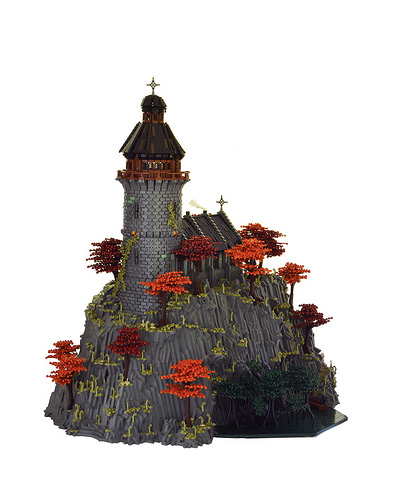 But that’s not the main point I want to talk about here. Instead, I wish to dedicate this creation to all the non-AFOL significant others out there who support us in enjoying this crazy hobby. After what I’ve put my wife through the last month, it’s the least I can do. 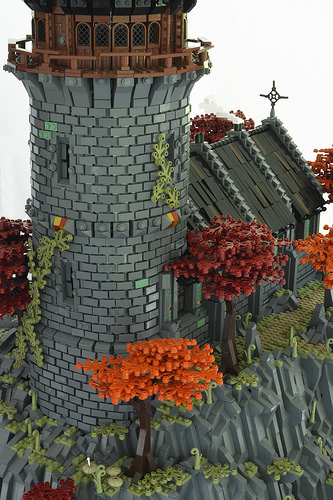 Despite building maybe three sets in her entire life, she has always been my most adamant supporter. But with this creation, she performed well above and beyond the call of duty. She didn’t grumble when first our coffee table and then our dinner table disappeared under the girth of this mountain (or if she did, she didn’t let me hear it). Whenever I hit builder’s block, she always had a fresh idea to get me moving forward again. She didn’t seem to mind getting up at 5 a.m. to load it into the car and hauling it three hours to Brick Fiesta 2017 in Dallas, Texas. During the convention, she helped set up and gladly answered questions from inquisitive visitors whenever I was away. Once we got back home her complaints were only slight when I used one of our nice bedsheets to form a crude photography setup outdoors. Nor did she mind holding posterboards at awkward angles to eliminate the annoying reflections that make photographing black and dark bluish gray so frustrating. 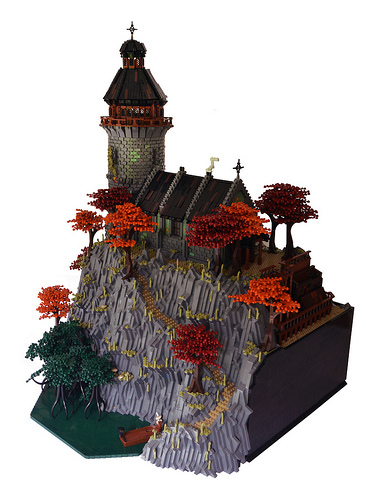 I’m not alone in having such a supportive albeit non-enthusiast spouse, but I’ll be the first to say it wouldn’t be anywhere near as fun without her encouragement (her money helps, too). Just as this abbey relies on the mountain to keep it standing tall, I’m able to enjoy LEGO because of her support. To all the non-AFOL spouses and family supporters out there, I commend you for putting up with us.

1 comment on “Ancient abbey rests atop a mountain of support”